Why I Give Blood
Odyssey

Why I Give Blood

Every two seconds, someone in the United States needs blood 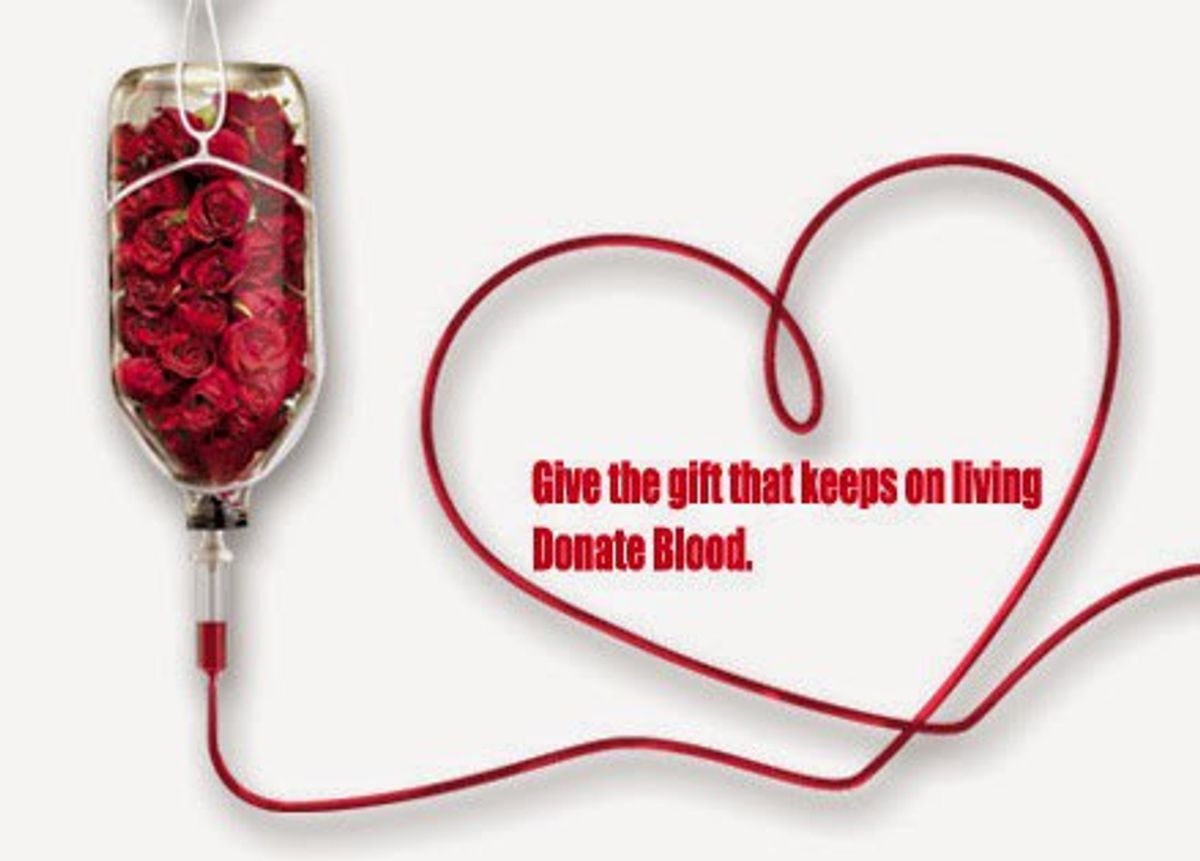 I give blood because it’s my duty as a human being. It is such a simple way to give back to a world with so much violence and hurt. One blood donation has the potential to save the lives of three different people. Throughout your life, you might know someone who has needed blood or will need blood.

According to the Red Cross:


There is a constant need for blood supply because blood can only be stored for a limited time. According to the World Health Organization, blood donation is needed for:

One of the most inspirational events I have ever seen was the line with hundreds of people donating blood to help the victims of the Orlando shooting. It was so inspiring because the U.S. Food and Drug Administration does not allow gay or bisexual men to donate blood. These people were selflessly willing to help out the gay community.

Not only does giving blood help others, but it can also help yourself. According to Time, your blood may flow better. Repeated blood donations may help the blood flow in a way that could result in fewer artery blockages. American Journal of Epidemiology found that blood donors are 88% less likely to suffer a heart attack. Your iron levels will also stay balanced because when you donate blood, you lose about a quarter of a gram of iron, which gets replenished from the food eaten in the weeks after donation.

Still not convinced? The process itself only takes about 10 minutes. It is comprised of four parts: registration, medical history and mini-physical, donation, and refreshments. You heard me: you get free drinks and snacks.

So do the right thing: consider donating blood today. You can sign up through the Red Cross website or through a blood donation center near you.

“The need is constant. The gratification is instant. Give blood.”