Why Eleven Needs To Be In Season Two
Odyssey
CurrentlySwoonLifestyleHealth & WellnessStudent LifeContent InspirationEntertainmentPolitics and ActivismSportsAdulting
About usAdvertiseTermsPrivacyDMCAContact us
® 2023 ODYSSEY
Welcome back
Sign in to comment to your favorite stories, participate in your community and interact with your friends
or
LOG IN WITH FACEBOOK
No account? Create one
Start writing a post
Entertainment

Why Eleven Needs To Be In Season Two

The Heart Of The Show 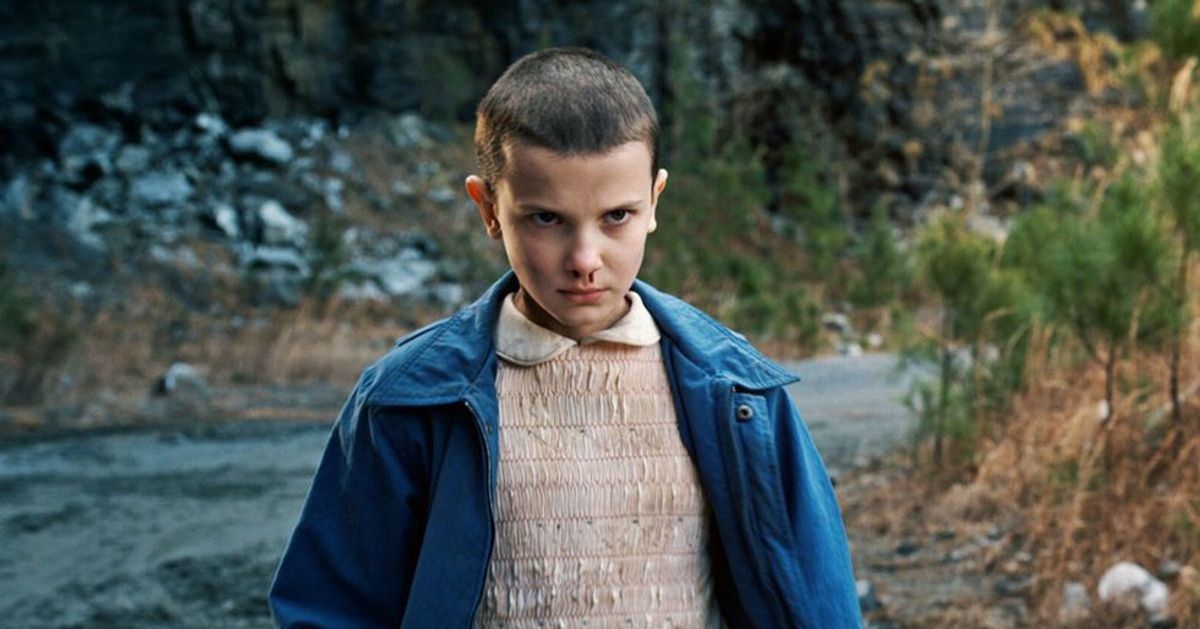 Binge watching is the best way to spend a day off. As a film and television fanatic,one of my favorite aspects of streaming sites like Netflix is the ability to watch a whole series in one sitting, if you so please. A few weekends ago was Labor Day and on this weekend off I watched Stranger Things. For quite some time now I have heard extraordinary reviews in regards to this production, therefore I took it upon myself to watch, however, I did not expect to love it as much as I did. Stranger Things does a remarkable job at showcasing the importance of friendship as well as creating a "bad ass" female character, Eleven. In television today it seems to be a rare occurrence for producers to write strong female characters, and if they are strong it seems as the story progresses they turn weak or become a simple love interest for the lead; but fortunately that was not the case for Eleven, instead she was the heart and strength of the story and the group.

In recent weeks there has been a lot of speculation on what to expect from the story next season, however, a lot of fans, including myself are becoming skeptical in regards to watching due to the comments from the writers on Eleven's involvement in the story, and a new female coming. It has been stated that Eleven may not return. Those who have watched the show know that Eleven sacrificed herself in order to save the boys, which makes it unclear on how much we will see of our favorite girl. According to the writers, "Max is one of the new characters who is described as tough and confident and whose appearance, behavior and pursuits seem more typical of boys than of girls in this era." So what does this mean for Eleven? One has to ask themselves, "is Eleven really gone?" "Is Max replacing her?" I hope the answer is no to all of those questions.

Eleven easily became my favorite character of the series. Complexity and dark background stories in characters are my favorite kind, perhaps that is why Anakin Skywalker and Draco Malfoy are my favorite characters of all time because like Eleven there is so much more to them than you understand. I love her traumatic background,her vulnerability aspect but still she possess such a strong heart. I also love the dynamic between Eleven and Mike, it is very sweet and heart warming to watch on screen, but most importantly I love her power and independence.

I ask, can we not have two bad-ass females in a show? Max sounds very interesting and I am intrigued to know more about her, but we don't have to lose one strong female to make another. Eleven brings so much to the group and more importantly to the show. I think the writers would be very dumb to get rid of her.

What does Eleven bring to the table and why should they keep her? 1) Uniqueness and Relatability. Eleven isn't like most girls her age, she wasn't brought up like the rest of them but, instead she was a subject to experiments because of the power she possessed, and as a result this era is foreign to her, causing her to be very vulnerable to this world. Eleven often shows vulnerability especially with Mike but that in no way makes her weak as a hero and protagonist , it makes her relatable. 2) Powerful and Strong. Eleven is an extremely strong character, physically and emotionally.Halfway through the season, it becomes clear how powerful Eleven is. It is evident if Eleven is not on your team she can do serious damage to you, but she is also powerful emotionally. Eleven went through a lot of trauma in her life at such a young age but instead of giving up continues to fight, and refuses to let the individuals who want to harm her win. 3) Independent and Survivor. These two traits are the reason she lived as long as she did. Due to her upbringing, Eleven had to learn how to be independent and take care of herself. Eleven doesn't need anyone,especially a boy to help her survive, she has the capability to do that by herself. 4) Sweet and Innocent. Despite Eleven's sad history, she still possesses a strong heart and does not want to hurt anyone, especially Mike. Eleven wants to protect her friends at whatever cost it takes. Most individuals with a traumatic past often have a dark personality but Eleven is extremely innocent and nieve to this world she is living in.

Eleven is the heart and soul of the show, as well as one of the many reasons so many people fell in love with Stranger Things, it would be very dumb to not include her in season two. Eleven is the queen and needs to be back!

Nicole Marie Nigro
Individual Creator
8048
c1.staticflickr.com
Where to start...... Let me start with the cliche that life throws us curveballs and what we do with it is what counts.