Why Do We Love The Music We Love?
Odyssey

Why Do We Love The Music We Love?

Forget all the equipment, forget the music, at the end of the day it's just literally frequencies and their effects on your brain. That's what's everyone's essentially after. © Aphex Twin 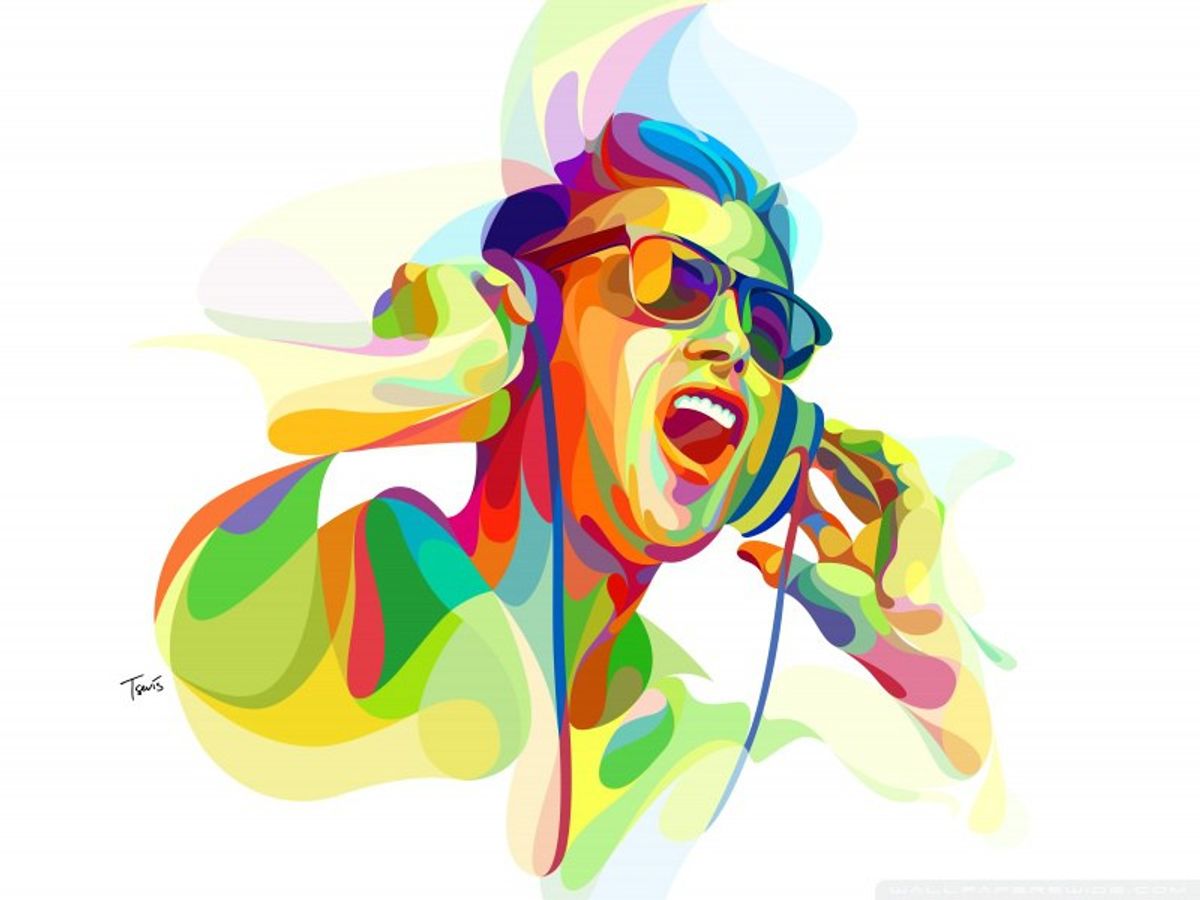 Everybody listens to music. I do, you do, my grandmother does and so does your professor. (Hopefully) But why do you listen to Jay-Z, but your grandfather kinda has reservations about him? Why do you feel very ambivalent about that playlist your professor uploaded to the syllabus as “complementary material”?*

There are certainly various aspects that determine whether you like a particular song or not, why you like it and what kind of emotional response it prompts in you.

I listen to all sorts of music and every time I listen to a song I like, I ask myself: why do I like it? Is it its lyrical composition that appeals to me? Simply the aesthetics of the melody? Is it the circumstances I know the song was created under and the personality of the artist who created it? The reason can also be the specific combination of mood and emotions the song captures and encapsulates for me to re-experience in future. Maybe it is all of these things combined?

*- Jking ofc, who does that. Maybe he/she played something resembling music as an intro to a lecture?

Blood On The Leaves - Kanye West

This song brings back numerous specific images and emotions to my mind: November of my high school senior year, a very heavy rain-tinged with a ping of melancholy, my first real interaction with American hip-hop genre, my brother taking a nap in the living room and my 2 degree-Celsius-above-average temperature.**; and Nina Simone’s slow-tempo, piano intro is enough to instantly summon the enhanced version of these things to my mind.
Obviously, the song has strong lyrical content - a sample of a song protesting American racism and Kanye’s verses on highly meaningful themes (like materialism, society and pursuit of fame). However, these issues are not the reason this song is probably the most played one on my iTunes; my seemingly insignificant, but highly personal assortment of emotions ensures that “Blood On the Leaves” releases one Cheeseburger’s*** worth of Dopamine in my brain.

So, have I answered my question? Are the memories and the emotions a song stores airtight the reason I cherish them?

*** I’m just speaking your language; I have never had a cheeseburger in my life.

3 Minutes Inside the Mind of Bonaparte - Bonaparte

I literally have no recollection of when I first heard this song or what was my initial emotional response to it. It could have been last year on a sunny beach or 4 years ago in my bedroom; I could have been feeling bored or elated when I welcomed this song to my mental musical library. (Or to the Spotify, can’t say for sure.) The only thing I know about Bonaparte is that my brother**** interviewed him via e-mail; the melody also does not seem to be offering anything significant – it’s neither sophisticated nor does it really define the mood of the composition. The reason I love this song, however, is its lyrics. The verses like

“Who am I? And if yes, how many?
What is the answer, what if, there isn't any?
Is it one or two, and when does now begin?
How long is temporary and is standing here a sin?”

superbly capture the confusion of a person seeking answers to some highly existential questions. It takes one reading of the lyrics***** to liken the questions in them to the ones an investigative mind of a philosopher would be asking.

Well, are the lyrics of a song a good enough answer? Words are pretty powerful stuff, right?

This song, like most of Pink Floyd’s artwork, is a masterpiece and outstandingly powerful in many of its aspects – the melody is unmatched, the lyrics mirror the depth of Roger Waters and David Gilmour’s writing capabilities. Yes, but all of these is true for nearly all of the Pink Floyd songs I know and love. What makes this one special is that it was written as a tribute to the former member of Pink Floyd, Syd Barrett, who left the band because of his mental problems. To think about how this masterpiece of music, second to no music composed by a human being, was inspired and written about a member of Pink Floyd, guides me to look for the notes of sadness and immense respect throughout the song. The context of the work redefines the piece and gives it a new significance – it’s no longer a composition I can listen to and paint with my own emotions; it is now a piece that is clearly meant to convey certain feelings.

Context, as in pretty much everything, can be a game-changer - in your attitude towards the song.

I had no idea what the title of the song meant either, until I Googled it. The title is the name of the instrument Richard James, a.k.a Aphex Twin (and million other stage names) used to create this track. Not really knowing what the title means, is a bad start to having a good insight into what the context of the song really is. Obviously, there are no lyrics either. Also, I listened to this song a month ago and have not really formed any precious memories that it evokes. So? What does this one have? Well, this guy is kind of a Mozart of the electronic music. Just listen to what’s happening on the track and HOW MANY THINGS are happening; Don’t get me wrong, anyone can put 1 million things on a track, but not many can make those components work in harmony. He can. What really appeals to me is how unless you check how many songs you have been listening to in the past 10 minutes, you cannot really tell; the song has so many phases and they are both connected, yet disconnected.

Probably the majority of the classical music falls under the category of melodic brilliance and one might complain that this is the easy answer I have been searching for; I hope the other tracks convinced you that it’s not that simple.

Push The Sky Away – Nick Cave & The Bad Seeds.

This song is the Leonardo Da Vinci of my classifications – it has everything. The melody of the song is hands-down the most melancholy, sad piece of auditory input I have ever received. This melancholy melody, that cuts so deep as soon as the song starts, is brilliant in its simplicity. If Aphex Twin is exceptional for his sophisticated sounds, this song is amazing for the very reverse. Also, the verse

“ I got a feeling I just can’t shake

I got a feeling that just won’t go away

Push the sky away”

Really captures the spirit of how sometimes I, like everyone, have a feeling of uneasiness or heaviness. And how, every single time, “You’ve gotta just keep on pushing, Push the Sky away.” In his interview with The Sun, Nick Cave said “We all have this feeling of the world folding in on us. Whether it's environmental, the economy, nuclear or whatever, I don't think there's anyone on the planet who's walking around thinking things are okay.
"So to me, there's this idea that we need to carry on and do what we do. The song is optimistic in that respect. Of course, it's impossible to push the sky away but we need to try." What Nick Cave says here relates to so many moments of my life, in both song’s optimism and its pessimism; Every time I hear the song, the instantaneous recollection of those moments never fail to recreate the big bang of emotions in my head. If you have listened to Nick Cave and The Bad Seeds’ other stuff (hint:do it), you know that both Cave and the band are the melancholy incarnates.

Maybe it's all of these factors – lyrics, emotional connection, melodic allure and the context that create that ecstatic barrier that, prevents you, in search of a better alternative, from pressing “The Next Button” on your Music Player.

I have given you a personal reflection on my musical preferences and an investigation into what defines them; I hope you will invite yourself to do the same.

Emmaline B
The Narrative
35612
https://unsplash.com/photos/O0T1SIgHAfM