Why “Allies” Is Not my Favorite Word
Odyssey
CurrentlySwoonLifestyleHealth & WellnessStudent LifeContent InspirationEntertainmentPolitics and ActivismSportsAdulting
About usAdvertiseTermsPrivacyDMCAContact us
® 2023 ODYSSEY
Welcome back
Sign in to comment to your favorite stories, participate in your community and interact with your friends
or
LOG IN WITH FACEBOOK
No account? Create one
Start writing a post
Politics and Activism

Why “Allies” Is Not my Favorite Word

(and a brainstorming session on what words might be good substitutes) 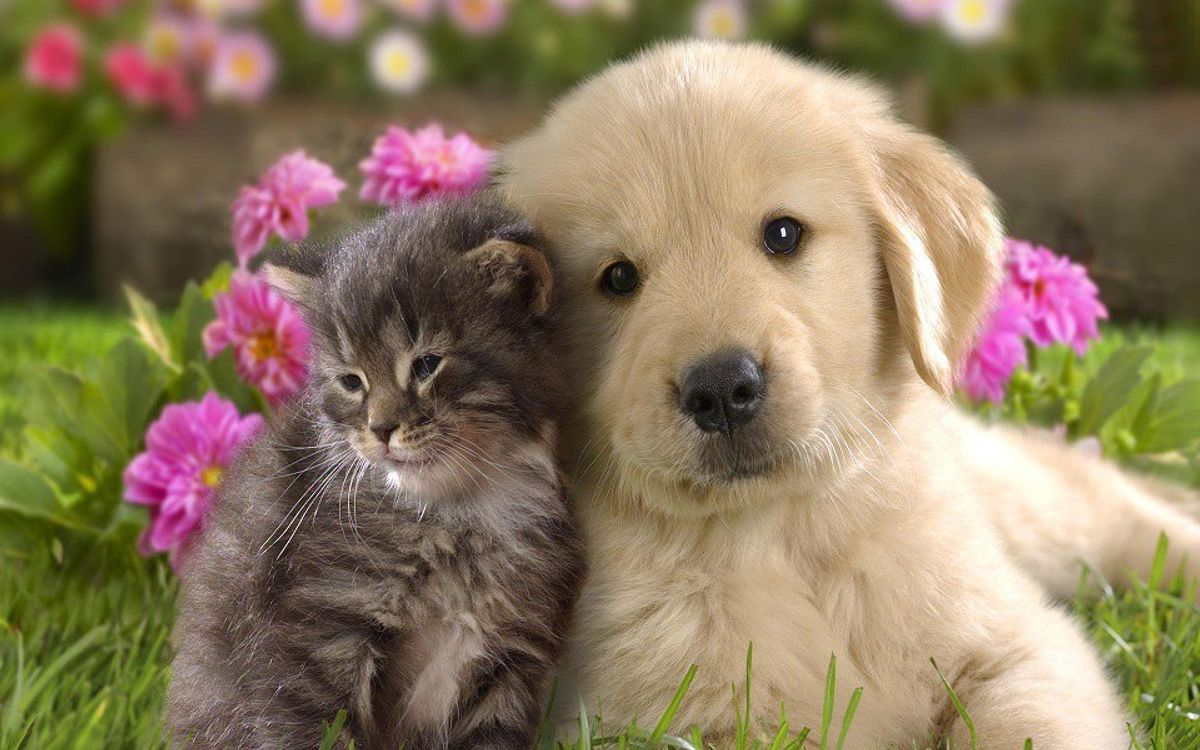 Before I say anything, right off the bat, I want to say I am major proponent of racial equality. Being Indian-American, I acutely feel something in my stomach drop whenever I hear about a possibly racially based shooting, since in the time of the British Empire Indians were treated horribly by the police, and there is a fair bit of “identity politics” that I abide by. I tend to look at history with a bias in favor of people of color or minorities, whether the Native Americans (it helps that they were mistakenly called Indians), African-Americans, Asians, the Jews in Nazi Germany, etc. I believe helping the underdog is crucial to any notion of social progress.

There are some things I wish were different. I’ll get to the “allies” point in just a minute. First of all, an important thing to realize about contemporary current events is that because racial wounds are so raw and open, anything which further aggravates them is going to cause an uproar. This uproar manifests itself in anger. I think anger is good, anger can be channeled in positive directions. But when anger becomes vindictiveness, then there’s my problem.

I think the shooting in Dallas had to do more with vindictiveness than simply anger. Whoever shot the cops from the roofs had a vendetta to fill, and vindictiveness clouded their vision. It is sad. The thing to realize is that after an atrocity, the natural reaction is to pin the blame on someone. Unfortunately, things are not always so clear-cut as we wish they were.

I am not pro-police brutality. In fact I positively despise it. I’ve studied police brutality as it applied to Indians in the British Empire, and I am shocked. I’ve studied police brutality as it applied to Apartheid South Africa and I was horrified. I’ve studied police brutality as it applied to the Irish, with the British police officers grossly violating their freedoms and I was angry. At the same time, I think it is a mistake to be playing the arm-chair quarterback, saying the police officers who were responsible for the Minnesota and Louisiana shootings are horrible terrible people. Having taken a Bill of Rights class by a former police officer, I know a little about officer psychology. And what seems horrible on the surface is more complicated than it appears. Don’t say “if I had been in the cop’s shoes I would have acted differently.” You don’t know whether you would have because you weren’t there. I hope the justice system has a solution for the cops responsible, but I don’t think vigilante justice is the solution. A lot of the problem is rhetoric.

There was an interview of a police officer on Fox news, regarding the Dallas shooting, and he said “so you know, that irresponsible rhetoric, I think it fuels this sort of thing; it fuels rage and anger that already is bubbling inside people, and they’re looking to release that. And then you hear that dog whistle message out of the president every time he opens his mouth after one of these horrific incidents where law-enforcement officer unfortunately has to use force in the line of duty, he doesn’t allow the investigation to take place.”

The rhetoric surrounding an issue is crucial, which brings me to my next point: we should analyze the rhetorical device of safe-zones. I think safe-zones are very important. Safe zones are important because it allows for sensitive subjects to be talked about without fear of being ostracized.

After the shooting at the gay bar in Florida, there was a lot of sadness and anger, justifiably so. There were pride events that were happening in the time-vicinity after the shooting. I love the notion of pride. I think love should be dictated by the heart and not by religious conservatism.

One thing that made me uncomfortable, though, was some of the scattered articles you could find on Facebook and the internet about how straight people should act in a gay pride event. I don’t really like labels, and I think it is wrong to dichotomize the world into the two, anyway. But even if you take those labels for granted:

7 things straight people need to know before going to the gay pride ...

Do's and Don'ts for Straight People on Pride Weekend -

When, Exactly, Did Pride Become A Party For Straight Teens?: SFist

There’s something about the titles which make me feel deflated. I’m for the cause of celebrating Pride, and I think it’s a major civil rights issue. I love the idea that people should never be discriminated against for who they find themselves attracted to. But the style is a little off-putting; something in the tone of voice, if that makes sense.

I think there is something similar with racial issues. I’ve heard some people – even some white people – be in favor of safe zones for people of color, in which white people are not allowed. I’m 100% against this idea. It puts up an artificial wall between people of color and white people, in the same way there is a kind of a metaphorical wall that I feel being put up when I read those titles (above).

When you criticize those white people for being exclusive, with regard to their support for safe-zones with a no enter sign for white people (metaphorically, of course), they get defensive and say that I don’t know what I’m talking about. That is the definition of white privilege, to me: that a minority has no say in what constitutes a safe zone.

Which leads me to my last –but not least -- point: allies. I think white allies are important. I go to a school in which Indians are few and far between (there are like 2 of us), and it is nice to believe that there are white people who are more socially liberal and believe in the cause of supporting racial justice. I actually think there is quite a bit of sincerity in these people. But I think the word “allies” is a bit confusing. What exactly is an ally? Does it mean that someone who is a white ally will be supportive of protesting racial discrimination in the world outside Saint Mary’s? That they will join the picket line? See, even if such people exist, I am not much reassured unless it translates into something meaningful interpersonally.

If a white ally is someone who will honor the picket line in a Blacklivesmatter protest, but that someone -- who may be in your class - looks askance at the idea of having lunch with you at the cafeteria, it’s a little odd. If a white ally is someone who believes that there is something horribly unjust in the glass ceiling that prevents people of color from joining top positions in different professions, but they never talk to you all semester or inquire into how I’m doing, I’m not sure if I very much like the word “ally.” Allies are good, but I think it would be wrong to stop at that. “Ally” has a very formalistic connotation to it. When do you form allies? During war. Allies are alliances, they are liaisons, but they aren’t necessarily connections bridging one heart to another. What words might be a substitute for white ally? [white] Associate? Nah. Teammate? Better; there’s camaraderie in a team. Friend? Not really, anyone on Facebook is a friend. “We’re just one big family”? hmm, now there’s a concept I think is more fitting for the task at hand. We can’t dismiss this exercise as “just semantics.” Semantics matter, finding the right words matter, and for what it’s worth, I think that is a battle worth fighting.