CBD Oil: What Is It And What Are The Different Benefits?

CBD Oil: What Is It And What Are The Different Benefits?

CBD is a natural approach to traditional medicine, and it contains healing properties. 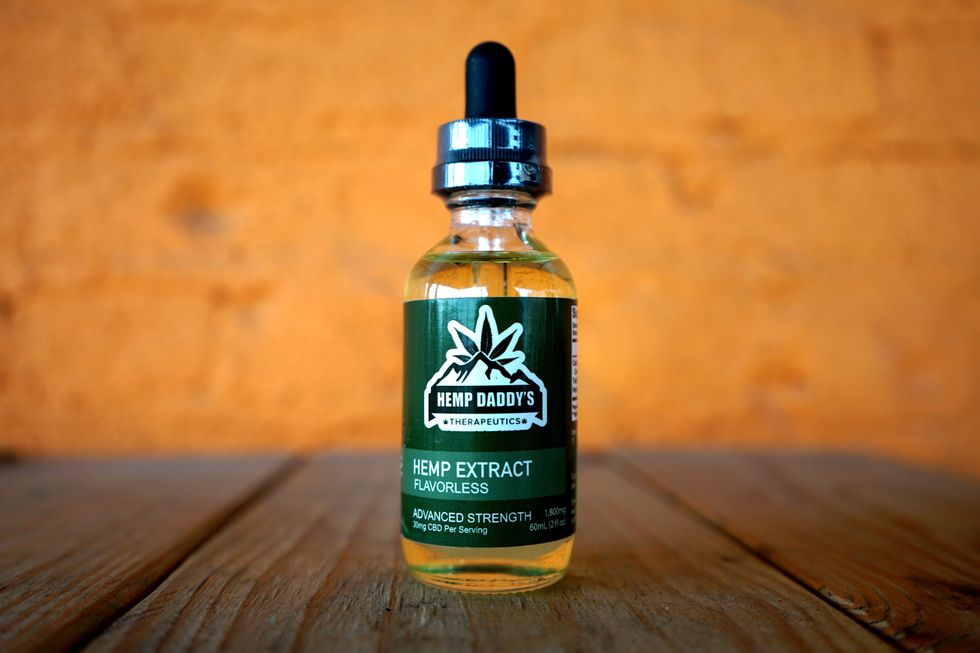 The fascination with CBD has grown rapidly within the last year, and even within the last few months. This cannabis-like product has people interested because there are so many questions associated with it. People want to know if it's legal, if it's safe, or if it gets you high. To put it simply, CBD is known as cannabinoids, which possesses calm and tranquil properties. It does not have the psychoactive element, THC, that is normally found in marijuana. Instead, it is made from extracting CBD (cannabinoids) from the cannabis plant, and then turning it into CBD oil. It is now sold at places such as smoke shops and convenience stores. But what is so great about this anti-anxiety oil?

Most people who seek about CBD are doing so to help them relax or ease their pain. It is commonly seen in cancer treatments and for muscle recovery post-workout. It also helps with issues such as epilepsy, depression, acne, and anxiety. My dad, for example, uses a CBD lotion for his shoulder and back pain. He first heard about CBD oil through my aunt, who likes to put a few drops on her tongue daily. Ingesting it orally is, according to the smoke shop employee, beneficial for overall health. So if one is dealing with depression or anxiety, it's best to eat/drink CBD. For someone with pain in a specific spot, like my dad's shoulder pain, should look for a topical cream or something that is more direct. There are other ways to consume CBD besides tongue drops and lotion. On the market, there are different varieties of CBD gummies, such as gummy worms and sour patch. I've also seen it in oil cartridges or infused in water. In order to purchase CBD legally, you must be older than 18.

Last week my college had a venue where the School of Entrepreneurship students sold their products on campus. There were tents of all their student-run companies, and I enjoyed supporting local businesses. When I was there I bought an organic fudge brownie with 20mg of CBD (for only $5). I decided to workout and then take a bath, and eat the brownie right before the bath. It made my mental state feel very calm and it was relaxing after hitting the gym. I have also tried CBD gummy bears which taste pretty normal and those are also full-body calming effects. I am a fan of CBD and wish that is was less expensive and had easier access. It's great for college students who constantly feel the stress/pressure of their future. There are also a countless amount of celebrities who advocate for CBD. Some actors who heavily support the use of CBD are Seth Rogen, Morgan Freeman, and Tom Hanks.

Actor Seth Rogen started his own nonprofit, called Hilarity for Charity, that combats Alzheimer's. Rogen is large cannabis and CBD user, and he believes that CBD can help with Alzheimer's disease. He is an advocate for CBD law for medicinal purposes and believes that is can help with the symptoms. On Twitter, someone told Rogen that they had "restless leg" and he replied by saying "Try some CBD."

Another celebrity who has benefitted from CBD is none other than Morgan Freeman. After a 2008 car crash and developing intense fibromyalgia, Freeman decided to look into CBD treatment to help with his muscle pain. Now, he is an advocate for both cannabis and CBD because he has experienced the healing properties. Freeman believes in plant-based medicine because it is the more natural route.

Tom Hanks is one of the largest celebrities who has been an advocate for CBD. He developed type 2 diabetes over the years from stress and poor diet; Hank recently teamed up with a Cornell University student to study the medicinal properties of CBD for type 2 diabetes. He also enjoys it for the benefits of reducing anxiety and joint pain. Tom Hanks put it best when he said, "the benefits of CBD oil are unlike anything any pill or medication can do."

The following article has demonstrated all the different benefits that CBD oil has to offer. It is a more natural and holistic approach to traditional pharmaceutical medicine. I hope that in the next few years, cannabinoids become more popularized and the stigma behind cannabis medicine is dropped.