Who Says We're Not Perfect?
Odyssey

Who Says We're Not Perfect?

Loving your body amongst those who tell you not to. 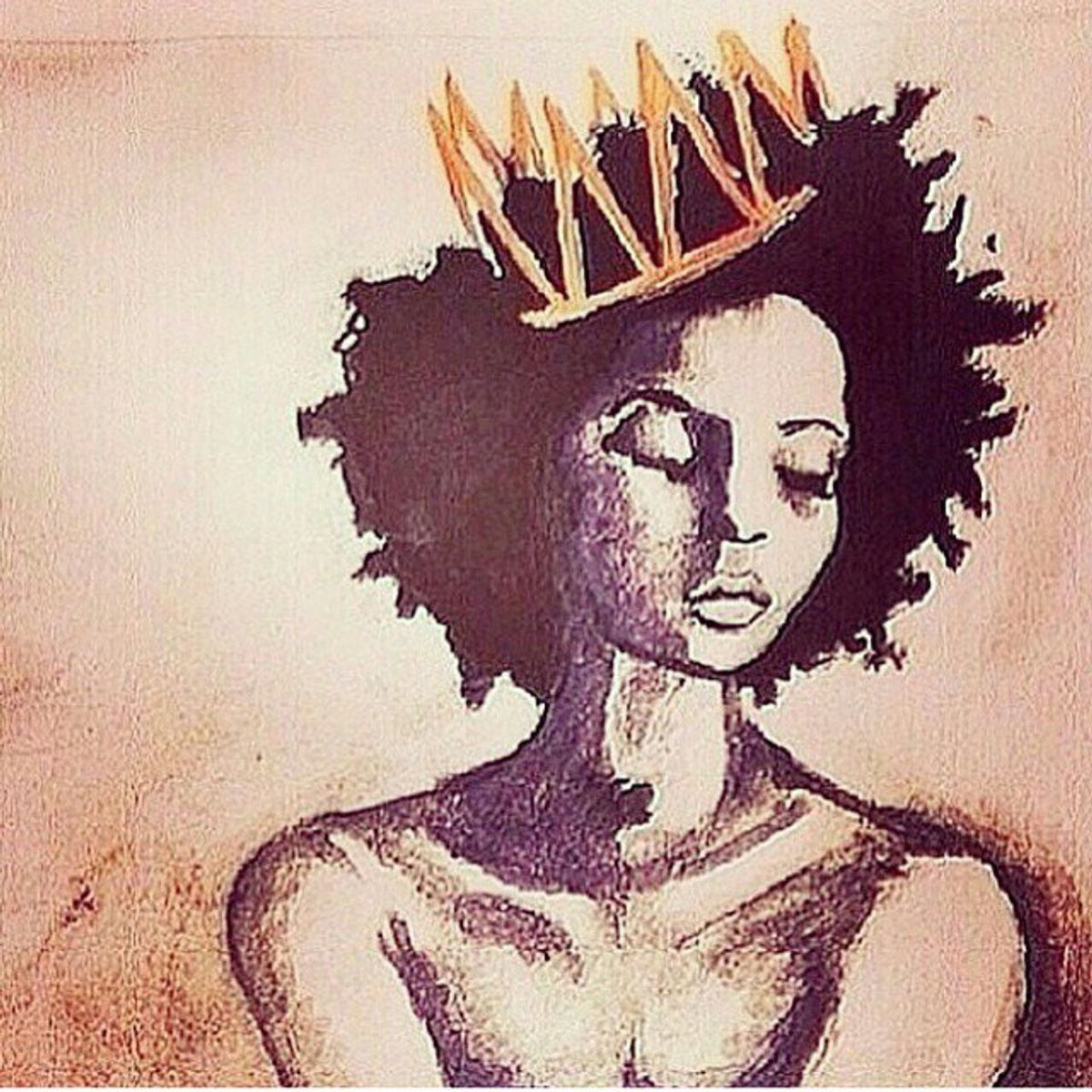 Some body types are celebrated more than others. As a young girl, all you want is to be perceived as beautiful. And if you're into men, you want them to deem you just that. You want to be whatever beautiful means to the guy you're interested in. But what do you do if you discover that you might not be that mans definition of beauty?

It's safe to say that black culture loves a big ole rump. The celebration of a pretty round brown derrière has been had by black men in mainstream music predating the 70s to now-- as it should be. There's nothing wrong with praising what one was naturally given at birth. Especially when there marked a period in African American history where being curvy was viewed as animal-like and disgusting by the majority race of this country. Men should celebrate the fullness of women-- mind, body, and soul. We’re all snowflakes: no two are exactly the same. But what happens when only one version of a black woman is celebrated so openly? What about the hundreds of songs catering to the girl with “the phat ass” or the “light skin"? The proclamations made by black men in their music; the same black men whom are adored by black women regardless of the depth of their melanin, height, or body type? What happens to the girl who's still learning who she is, but never hears her name [figuratively] called in the songs? What happens to the young girl who isn't labeled beautiful during the years she needs to hear it most? The young lady who might've always thought she was flawless until mass opinion made it clear that she wasn't even seen. That her curve-less body could be done without. Who celebrates the little booty [mainstream]?

Before preteen years, most don't realize the world is shaped by opinions. The main thoughts that matter during the years of adolescence are those that directly affect your immediate well being, typically coming from your mom, dad, or whoever raised you. Get a little older and you grow to care about what matters to your peers. The sleepovers begin, you declare your best-friends, and boys finally start to appear less disgusting. By the time you hit middle school, you're aware you're no longer a child and then a whole new way of life begins: it becomes apparent that everyone isn't equal. It becomes clear that popularity exists and even more clear where you stand within its ranks. Now it's time for high school and there's pretty much nothing you haven't already learned about the birds and the bees. You've officially started deciding who you'll be in life whether you know it or not. And unfortunately that process often times begins on a physical level before most learn the importance of honoring their inner truth.

The plight of every young woman is different (this we know) but regardless of our unique circumstances most young black queens have encountered a period of insecurity about our bodies prompted by the "preference" of black men. In no way am I declaring that all black men body shame or disregard black women. But let's face it, the bottom line is that almost any black girl you meet can recount a specific time in which she felt "less than" in one way or another because her appearance didn't fit into the preference of the men who look just like her.

As a child, she thought she was beautiful until observation insisted she wasn't. It started as a whisper, then grew to an unavoidable declaration blaring on loop wherever she'd go. From her car, to the club, to her auto shop for an oil change, to the gym, to the hair salon, to the speakers on the cell phone of the person sitting next to her on the train: she can't stop being reminded that she isn't preferred. That her back side isn't “phat” enough, or she’s “too dark”; her hair is not silky or long enough. She can't stop being told that she's "close but no cigar." That she missed the mark-- that almost doesn't count. She's reminded daily that she ought to change her physical appearance to be loved by the majority. And even more so, she can't pin point when she began to believe "them."

Insecurity, like self-hatred, is infectious. Now she puts the pressure to be someone she isn't on herself. The noise of others' opinions has grown so loud that it's literally invaded her brain. She can't tell her own thoughts from someone else's. It may be hard to admit, but she can't even tell if she truly chose to get that nip-and-tuck for herself or for someone else. And that's the biggest disservice of all: not that you made a choice to do what you please with your own body (oh no) but that you can't tell if the decision to do so was really your own. That it wasn't inspired by mass opinion or by that boy who only "likes them thick."

The problem lies in the celebration of only one depiction of a woman's body. When praising one body type, we create a false sense of reality living in a hyper state of life that simply isn't tangible. And as women, most of us drive ourselves crazy reaching for such unrealistic standards. Are you in the gym hitting those squats because it makes you feel good or because you want a man to see that new round bottom and validate your existence?

Are you saving that money for surgery because you've always wanted a bigger bum or because you discovered most black men desire women with one and fear you won’t catch a man without it? It takes more courage now than ever to be brave enough to stand tall in who you are. As women of color we've all silently bared the battle of feeling inferior. It's pointless to attempt to change anyone's mind but your own. As women, the least we can do is lift one another up and meet our sisters-in-arms half way. There're plenty of people trying to tear us down so why not band together in solidarity, empowered by our differences and motivated to conquer the battle of self-acceptance before us?

True, she's lighter than you and ignorantly that's all you hear praised daily in music/media by black men. Okay, your booty is flat and hers isn't. Yes, you have more belly than she does. Alright, her hair is long and you rock a weave; it's true, you feel "too skinny" when comparing yourself to curvier women. The bottom line is each and every one of us has something that someone else wants. (Yes, even you, flawless queen) If we search to find an issue in something or someone we will. But regardless of what we've been through, we must humble ourselves enough to know that every woman we meet is fighting a war we know nothing about.

Remain a soldier in arms with another queen as we endure a world which consistently tells us we'll never win. Raise a young queen up and share the healthy side of what you've been through. Black women are the true strength and birth of nations-- literally. We must first love ourselves in the way we long for others to. We must shine in the face of defeat, refusing to pick one another part. The least we can do, melanated woman, is to never aid in our own destruction.