Hey Kendrick Lamar: Who Can Say the N-Word, And Who Can't?

Hey Kendrick Lamar: Who Can Say the N-Word, And Who Can't? 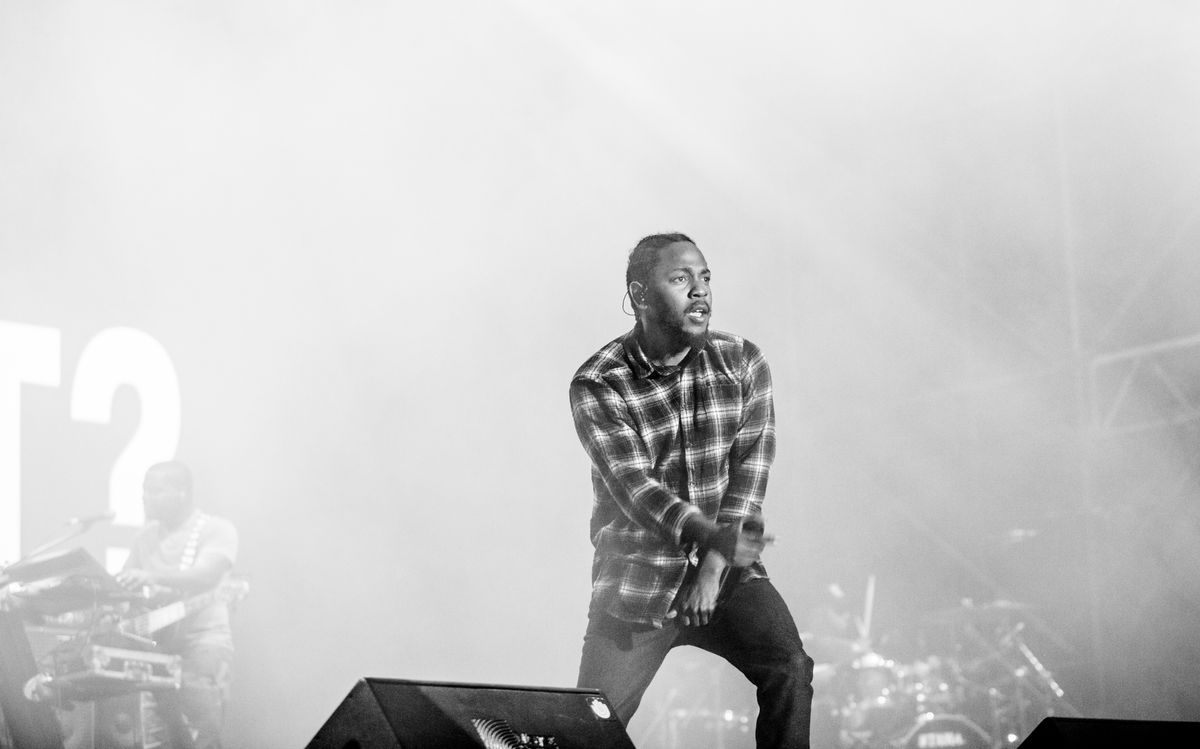 Pulitzer Prize-winning rapper Kendrick Lamar has recently received a lot of backlash for reprimanding a fan for using the 'N-word' while reciting his lyrics at the Hangout Music Fest.

Following a fan performance by a concert goer named Rohan, Kendrick asked a white fan named Delaney to rap to his 2012 hit song “m.A.A.d city.” Unlike Rohan, Delaney omitted the first N-word then failed to self-censor when reciting the lyrics. After she said it more than once, Lamar, cut her off and respectfully addressed the issue and allowed her to stay on stage despite disapproval from the crowd.

Videos have since circulated and have sparked the ongoing debate surrounding the use of the N-word in lyrics and in everyday speech. The debate is outdated and is only prominent due to a sense of entitlement that many non-blacks feel to popular culture. Because of the growing presence of hip-hop and rap in pop culture, words that are specific to the two genres have been adopted by the dominant culture, but the N-word is not one that can. Those who believe otherwise fail to acknowledge the purpose and origin of hip-hop.

Twitter user @GeorgiaPhoenix openly opposes the use of the N-word by any race if it excludes white individuals. Two tweets from the account are quoted below:

“Perhaps rappers should attempt to excluding those words if you don’t want people to say them. Why would anyone make a song with word they wanted specific groups to exclude when celebrating their art? It is the dumbest approach that I have ever heard. It is completely unnecessary.”

“We can’t produce art w/ a nude subject & then ask the viewer to pretend that he or she doesn’t see the left breast. Either cover the subject up w/ clothes or be willing to accept the residual affects (sp). Rap is “our art” loved across the globe. It’s coonery to include such language.”

When the user referred to hip-hop as “our art,” he was claiming it as an American art form that is the property of all those included in American society. What this user and many others fail to realize is that hip-hop originated in direct opposition to White America.

Created by inner-city African Americans, rap was a musical outlet and safe space for Black youth that reflected the social, economic and political realities of their lives. It is a genre of resistance that arose from oppression and pain.

Because of its role as a safe space in the Black community, rappers feel comfortable using the N-word when talking about their life experiences. This does not grant non-black listeners a pass to use the word as well. Non-black listeners are guests to the art form and should respect that the space is specially carved out for black self-expression when celebrating such works.

The N-word that ends in “-a” is a word that has been repossessed and repurposed to mean something entirely new from the harmful slur it once was. It is used by Black people in a multitude of contexts but only in Black spaces. Because of rap’s origin, it is a medium defined by its connection to blackness and is therefore a Black space. Guest listeners should keep that in mind when enjoying the music and acknowledge their role as a “guest” by not asserting their opinions on how a community outside of their own interacts with their oppression. Meaning: if certain communities choose to use a derogatory word ironically among themselves, that doesn’t give other people outside that community license to do so.

White privilege has allowed white people to exist in a society whose laws and culture communicate to them that “everything belongs to you.” This has led some white people to feel as though they have a right to do anything, including use a word they have been repeatedly told is inappropriate for them to use.

The fact that this is a conversation that needs to be had is evidence that the feelings and desires of Black subjects are muted when their culture is being commercialized. Artists and scholars have all explained why the word should not be used by people outside of the Black community but are repeatedly silenced.

Rohan understood everything mentioned in this article and had an amazing experience at the Kendrick Lamar concert as he rapped alongside the Pulitzer Prize-winning artist. Delaney did not and should not be pitied for asserting her right to a derogatory term that she has no right saying.