Who Are We Under The Moonlight? An Analysis To Terrell McCartney’s Masterpiece, Moonlight
Odyssey

Who Are We Under The Moonlight? An Analysis To Terrell McCartney’s Masterpiece, Moonlight

A masterful performance that questions our alignment of who we want to express ourselves as and who we ultimately become. Please like & share, thank you!! 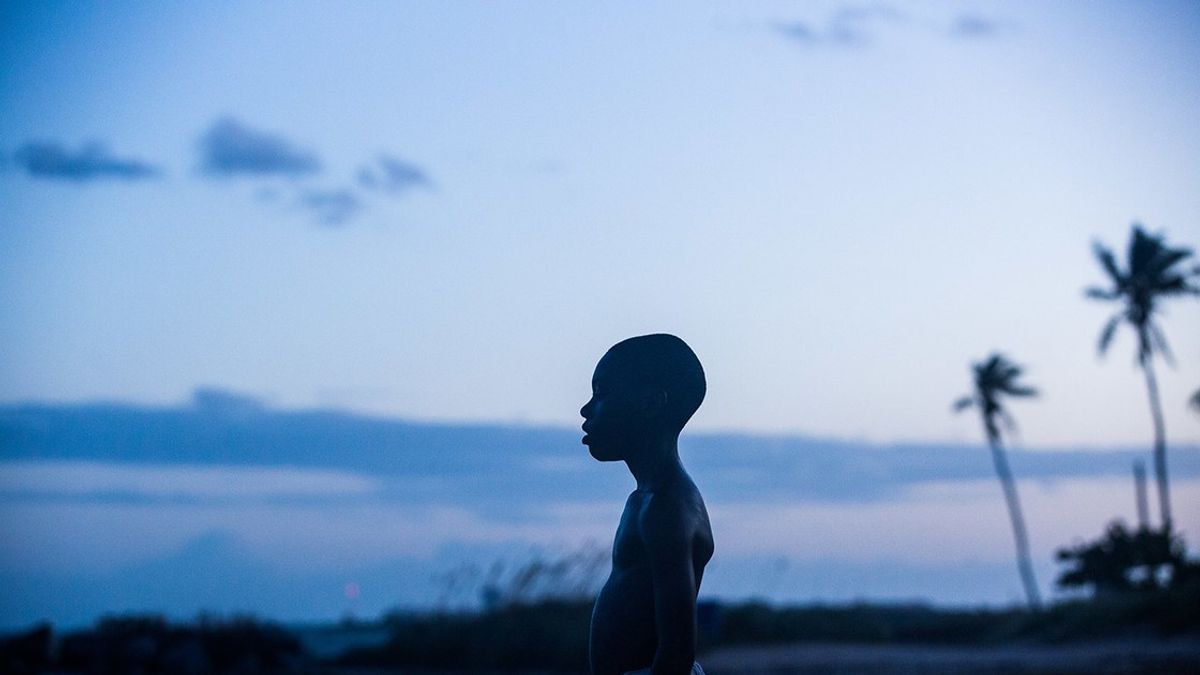 At this moment, we are introduced to Chirone, the main protagonist to Terrell McCartney’s masterpiece, Moonlight.

The film, based on director Tarell Alvin McCraney's unpublished semi-autobiographical play ‘In Moonlight, Black Boys Look Blue’. A meticulously revised portrait, it’s apparent McCraney refuses to follow the recurring social realism trends the majority of even the best shows today utilize to expose realities of life. The director’s refusal to rely on emotional expectancies in the production, the general platform for similar show types and visuals on the intensity of the scenes.

Not relying on these harsh expectations of what people imagine life will be like in the hood; loud music, animalistic, harsh, relentless. He harnesses this energy from each portrait, painting raw emotion not as disruptive, nor always disjointed, but with a potential for greatness, a fruitful soul left bottled in many of us. This story is of Chirone, and his journey to release his spirit, locked away are his streaks of immaculate blue that were always meant to shine.

This film breaks down the main character through three chapters of his life, each a different shell of Chirone, pillars of his unmarked expression, growing into adulthood a cold empty shell with a lack of human connection.

His early childhood is shown in the first chapter, where we’re first introduced to Juan; Chirone’s eventual mentor and teacher. His path is connected with that of Chirone, who, going by the name Little, is found in a life of relentless chaos, hiding in darkness; brief lights hits his petrified face.

Little is a metaphor to Chirone, his exterior not strong enough to defend his internal self, and is someone who continually shows inconsistency in faith in people. This causes him to lack expression, unable to show his true self, nor his bravery, to face his fears. Juan instills a secure level of trust in little, not only helping Chirone/Little momentarily escape the chaos, but takes him in.

The trust between them is solidified more when Juan and Teresa bring Chirone/Little home, smooth panning of the camera between the couple, a sense of comfort radiates in the home. Juan is introduced to the freedom to expression. Himself exposed, Juan and Teresa are the first to make it apparent Chirone is different, he is homosexual, and there is nothing wrong about it, he is free to be himself in this moment.

This is continued when Juan and Chirone sit together by the beach, mentor and mentee, this secure bond is established when he gives him his baptism, a religious ceremony reengineered as an initiation, into the real world, untouchable in the ocean. He teaches him to swim, but more importantly, the importance of facing your fears, accepting vulnerability in the belief of expression.

“You are untouchable here in the blue. You’re in the middle of world right now.”

This is an important point for him, as for just a moment, he reverts to reality, to showing his true colors.

The second chapter of Chirone’s development takes place a few years after the first, with implied confirmation of Juan’s death and almost common knowledge of Chirone, now a young teen in the hood without a mentor or reliable guardian in his life, bottled up and expression less, surrounded in an environment constraining his true colors.

This is where his childhood friend, Kevin, is re-introduced, at first an awkward connection turned first love, the two begin to gravitate towards one another, in hopes to confide their true self, under the moonlight. There is a lot of connections to the first chapter, key moments in Chirone’s childhood that shape the decisions he makes in the second. What’s especially symbolic in this chapter, intertwined with his relation with Kevin, are the color schemes.

Chirone’s color is blue, as it reminds him he is more than just black, more than just a stigma, a stereotype. This color represents in the film his true self, and the community that surrounds him. His changing color of t shirts that reflect his mood and recent events that transpired interlink with not only Kevin’s “true colors” but also that of the school, intensity of blue in each shot and location representing what is and what was transpired.

This continues in the third chapter, as subtle hints to motives and standpoints for the two primary characters later on. Chirone is powerful in blue, he is himself in the blue, the ocean, the moonlight. Kevin wears bluer clothes as he becomes closer to his feelings, only to lose himself (his blue colors) once he not only betrays Chirone’s trust but when watching Chirone be arrested (Wears brown and white).

Chirone, nicknamed himself “black” not the same until Kevin calls, blue light shimmering over Kevin, last scene in kelvins house, blue flame. When they first meet, lack of blue anywhere around the restaurant, lack of true expression between the two, idle small talk.

Only until later on into their meeting, does blue begin to stick onto the canvas, does Kevin unveil his blue shirt, his true self is there, just not showed to the world yet. Mixed with a careful lingering over the beach, reminiscent of some of his favorite childhood moments, nostalgia unhinges his innermost spirit, Chirone shines in eyes, expression opens up.

The final cutscene, after showing a careful unfolding of either characters cast iron façade, shows a brief moment of relief, before changing the shot to little Chirone, by the water under moonlight. This transition, the moment we’ve all waited for, the moment of acceptance for Chirone, it takes him back to the pinnacle of his existence, where he is always free, under the moonlight; he looks to audience to join him.

The camera and sound editing in this film are phenomenal and definitely worth mentioning the first change of portraits: Clear drive, remain intertwined with the character, shows Juan’s first scene as cinematic, circular, calm and cool.

Next shot is shaky and discomforting, an exaggerated handheld camera introduces Chirone. The camera is controlled meticulously, matching intensities and emotions of each scene, from the careful warm panning at Juan and Theresa’s home to the surreal moments of lingering pan ins between Chirone and Kevin. Circular shots encircle groups and single out important characters in each chapter, constant shots of Chirone from a brief behind, never showing his face, his true colors.

Sound editing blends well in the film in the lack of glorifying traditional soundtracks pertaining “to the hood” and replacing moments of bonding and reflection with the classical and peaceful, almost introducing rap and off keel sounds as rather disruptive to the flow of the film, the Chirone’s peace of mind. Disjointed shots of his mother are especially impressive in the off-key loop showing their relations with her drug addictions as fragmented, chaotic.

Sound amplifies this chaos with the sounds of objects being thrown into the room, always matching the situation of the room, a perfect accent to the film.

Three chapters of three different types of people, at different stages, phases of Chiron’s life, with his attempts of finding balance in external persona (his shell) and his true self, and this inability to have both on the same page, fighting for his true self.

As his shell hardens over years of detrimental torture and labels from the community join (which plays a key part, they know more about him than he knows about himself), carves Chirone into a shell of what he once hoped to become, of the world of thought he wished to.

Chiron’s lie is trapped as a singular story by the societal expectations of masculinity around him. Few give him help, he clings to things that he remembers them by, moments he cherishes- blue, the ocean, the beach, washing off. You are more than your skin color, we are all beautiful under the moonlight

This movie, above all, begs the question,

Who are we under the moonlight?