Who Are The Freegans?

The idea of searching through trash bags is disgusting to some, daunting to most, but interesting to all. Find out how this New York group salvages some of the items we deem as waste. 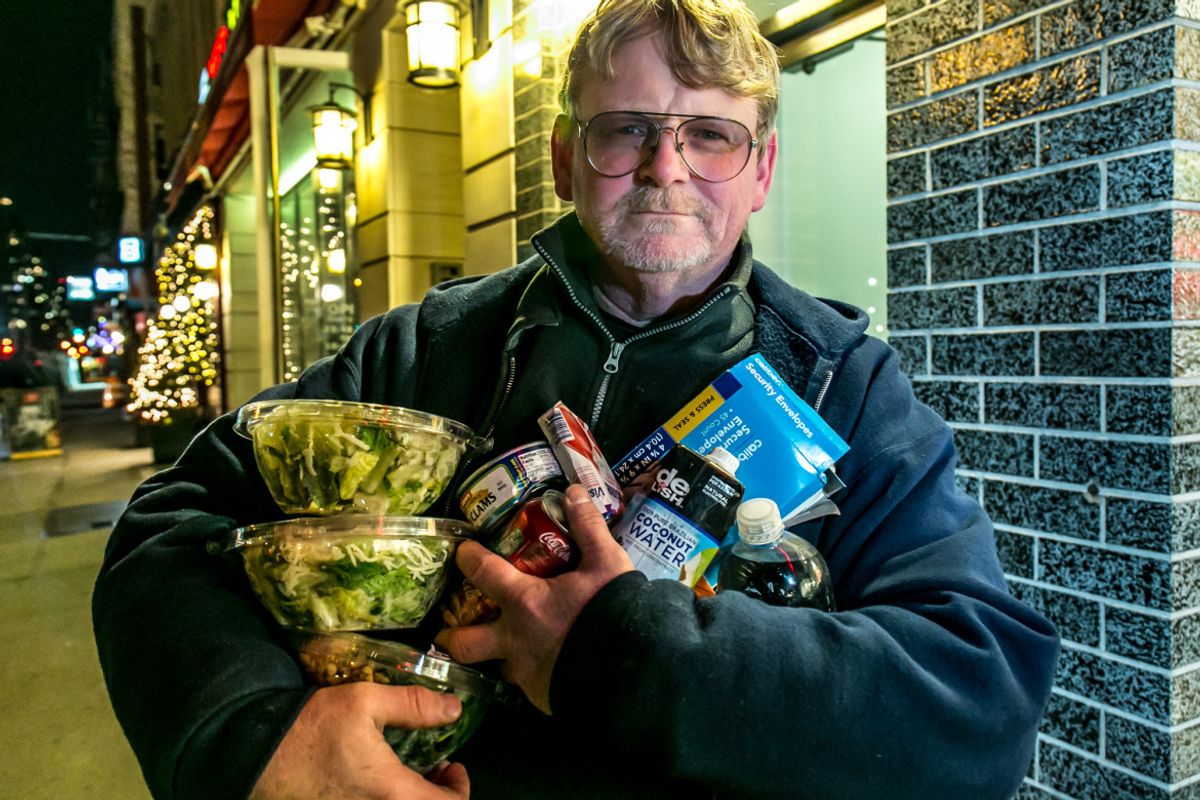 These are just some of the items that the Freegans have found on the streets of New York City, most notably near university campuses when students are beginning to clean their rooms in preparation for summer break.

The word freegan is compounded from “free” and “vegan.” Vegans are people who avoid products from animal sources or products tested on animals in an effort to avoid harming animals. Freegans take this a step further by recognizing that in a complex, industrial, mass-production economy driven by profit, abuses of humans, animals, and the earth abound at all levels of production (from acquisition to raw materials to production to transportation) and in just about every product we buy.

I recently discovered the Freegan movement through the Environmental Studies class I take at NYU, which emphasizes field trips as experiential ways of learning about topics we’ve discussed in class. This past week, it was all about waste and consumerism in today’s world. The natural field trip accompaniment was a walking tour of the East Village to dig through the trash of companies who, presumably, threw away all the items they did not sell that day.

There are a variety of ways that the Freegan movement works to be environmentally conscious, but I experienced what can be known as urban foraging, which involves “rummaging through the garbage of retailers, residences, offices, and other facilities for useful goods.”

I should emphasize that untying the trash bags left on the curb for disposal purposes is totally legal, so I’m not writing about some underground ring of trash reclaimers. Though that’d be cool, too.

At first, I was hesitant, watching the brave students squat down and stick an arm into a dark hole of waste. Sometimes they’d pull out plastic bags, occasionally covered with coffee ground. Other times, their hands would get drenched in gunk, and they’d use a paper towel and hand sanitizer before moving to the next bag.

But every now and then, amidst the tens of bags that lined the streets, they’d untie the sides and inside would sit neatly-wrapped loaves of bread, stacked on top of one another. Bagels that employees presumably swept off the counter into the large trash bags, tying them neatly before placing them on the street only minutes before we arrived.

How many bakeries boast of fresh-baked bread? Do they keep selling until they run out, or do they keep making until they’re closed? If you’d seen the piles of bread, still clean, sometimes warm, you’d believe the latter.

We have a serious waste problem, folks, and businesses aren’t the only culprits. Sometimes you’re too lazy to donate your clothes, so you throw them in a garbage bag and take it outside. Maybe you’ve gone crazy during spring cleaning and threw out books, lamps, furniture, or any other items that prevented you from declaring yourself a minimalist.

Whether you’re forgetful or just didn’t know about the problem, this is where your waste journey can end, and you don’t have to adopt the Freegan life to begin (though it would be an interesting place to start).

To sum it up: shop second-hand, only buy from the grocery store what you need for that week, donate or sell unwanted items, recycle, DIY old material into new products, etc. Live with a purpose, and don’t use #TreatYourself as a way to contribute to waste. Buy a dessert instead.

If, after you’ve begun, you want to try the Freegan lifestyle, I say give it a shot! Here is the link to the website where they list out what they hope to accomplish and how you can join. If you decide to get down and dirty, don’t forget the hand sanitzer.