Why White People Own America
Odyssey

Why White People Own America

So stand up and say something. 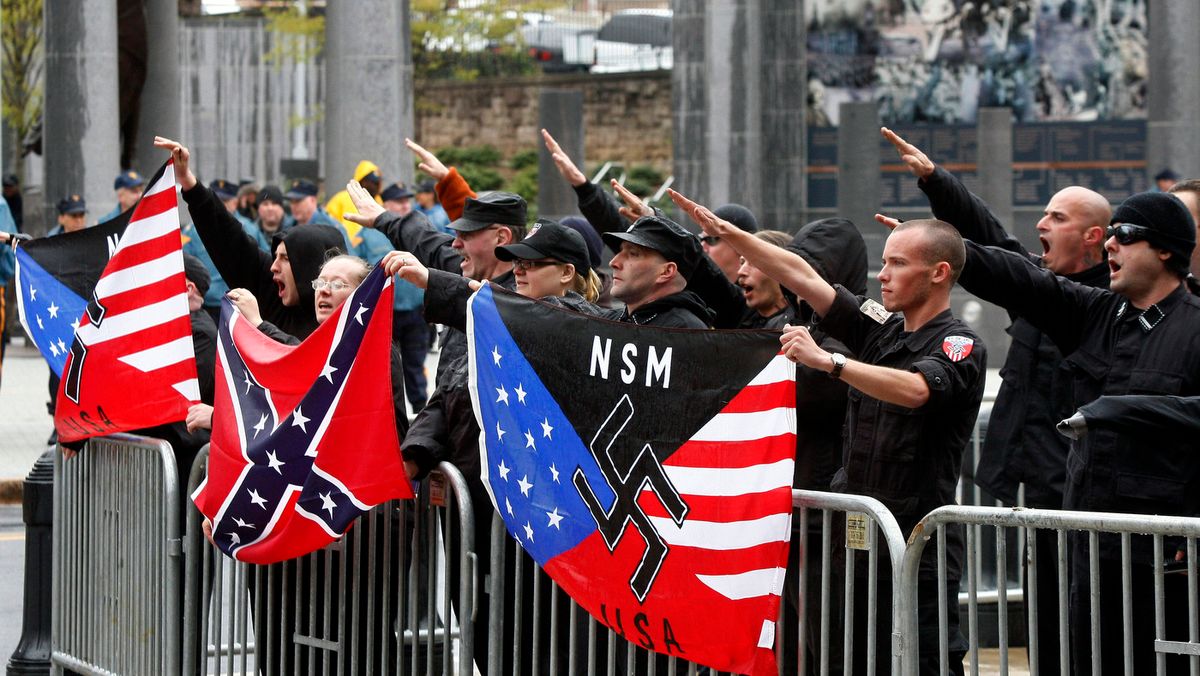 Or maybe I should say "we do not."

I'm of mixed heritage (my father is dark-skinned), but I had the privilege of having fair skin. How awful does that sound?

That I can say I feel so privileged because of the color of my skin? Well, that was the focus of another article I wrote when I first started with Odyssey, so I will try to stick to the real point of this article (but please, feel free to check out that article as well - shameless self-promotion, because, why not? I'm white!)

This article's title may sound misleading, but that's because every single white person who believes that they own this country has been gravely misled. Let's discuss some facts, even though those seem hard to come by these days.

1. The United States of America was founded by immigrants, for immigrants.

Those who founded this nation were mainly of European descent. The people who lived here before the dawn of the British colonies, and eventually the USA, were the Native Americans.

Those Europeans came here, massacred scores of Native Americans, stole their lands, and established their own settlements which, over time, grew into the nation we live in today.

Those people are like immigrants. This term is good for comparing people's issues with immigration today, but it is not really the best choice for calling those people what they were. While I'm not trying to disprove my own point, let's call the next point #1.1, because it is a better way of portraying #1.

1.1. The United States of America's founders were actual settlers, rather than immigrants.

They did emigrate to North America, but the manner in which they arrived did not constitute immigration. They were settlers who invaded these lands, taking them from their previous occupants by violent means.

Already, from this fact alone, we know that white people have a sense of false ownership of this country because the land it was built on was stolen from the Native Americans.

2. The United States of America was built on the backs of African slaves.

During the development of our country, much of the manual labor in many parts of the country was accomplished through the unpaid, forced work of black slaves.

Sure, white people contributed in many, many ways as well, but a large amount of the work up until the Emancipation during the Civil War was the result of black people being taken from their homelands, forced to work in horrible conditions, split apart from their families, and held under constant threat of death for the slightest step out of line.

Other groups made important labor-related contributions as well, for example, the Chinese laborers who built the railroads in the West.

This fact helps show that the groups responsible for creating and handling much of the infrastructure and resources in the U.S. were non-white.

3. The United States of America did not end slavery completely when Lincoln gave the Emancipation Proclamation.

Even after slavery was abolished, there were still decades of harsh segregation, Jim Crow, and other laws and acts which suppressed, oppressed, and separated black people.

This was the doing of white people.

The Civil Rights Movement of the 60's was less than 60 years ago, which is a small piece of our nation's almost 250-year history. And still today, racism is a nation-wide epidemic. We've made much progress since the days of slavery, but there is still much work to do.

However, the United States also leads in the number of people incarcerated by a large amount. In 2015, Rand Paul stated, "Though only 5 percent of the world’s population lives in the United States, it is home to 25 percent of the world’s prison population." That fact, which was unbelievable at first, was confirmed by The Fact Checker. The problem with the labor that occurs in prison is related to the problem with the mass amount of imprisonments imposed on black people. The graph below, compiled from the 2010 Census, shows that while blacks make up only 13% of the total U.S. population, they make up 39% of the total prison/jail population. While whites just beat that statistic with 40% of the prison population, they also make up the majority of the total population at 64%. If none of this convinces you, take a look at this slideshow that details the racial disparities in the criminal justice system: https://www.prisonpolicy.org/blog/2016/08/15/cjrac...

Slavery and racism continues to take on new forms to find their way around the law. The fact of this history of consistent racism towards, and oppression of, other ethnic groups by white people shows the efforts of white people to claim ownership of this country through a false sense of superiority.

White supremacy has always been alive in this country, though it has often been afraid to show its true face openly.

Recently, its constituents have become more and more open with their beliefs and have begun to take action. Many white supremacists cite their worry of the country being dispossessed from white people as the reason for their recent increase in activity.

But they cannot be dispossessed of this country without first possessing it.

Though it may seem like white people, who are still the majority in the United States, own this country because of their historic privilege and control, it is completely built upon the suppression of every other race through evil methods.

Plain and simple - America is not meant to be owned by any one group.

It is meant to be a haven for all races, nationalities, sexes, genders - everyone. Every white person who says that they are a part of the race that owns this country is basing their claim on blind hatred, falsities, and oppression.

So how do we deal with it moving forward? It is extremely difficult to know the best path with the issue of free speech/hate speech and a desire to avoid violence at all costs - something that is important when we need to do our best to rise above. However, history has shown us that ignoring or succumbing to white supremacy is the worst path.

Stand up and say something.