Let's Settle This Once And For All— Which Is The Best Hogwarts House?

Let's Settle This Once And For All— Which Is The Best Hogwarts House? 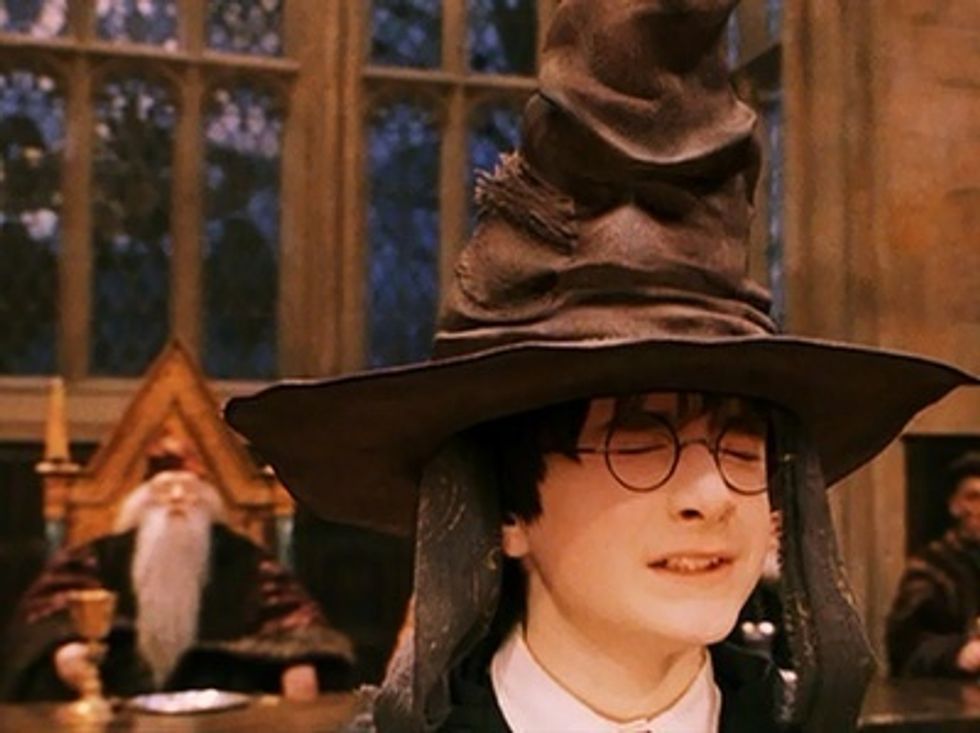 It has been long debated which Hogwarts House truly is the best. I am here to put that debate to rest.

We need to put all our biases and house pride aside for a moment and truly consider all the factors and traits that make each house so great.

I have huge pride in my house but there are lots of things to consider when it comes to finding out which house is truly the best.

Okay, let's break it down.

1. Their mascot is a freaking lion

2. They've got the most bad-a$ witch as their head of house otherwise known as Minerva McGonagall

3. Their Quidditch team is pretty good, and Oliver Wood is the best

4. They've got Neville Longbottom, all the Weasleys, and the main characters.

5. Red and gold is a really pretty color combination

6. They face their fears and stand up for their friends

7. They know when to take charge and they make great leaders

8. Everyone wants to be in the same house as Harry Potter

10. They've got a pretty cool secret weapon, aka the sword of Gryffindor

There are lots of reasons Gryffindor is a pretty bomb-fricking-diggity house, but we've still got three more to review, so, let's continue, shall we?

1. It strives for greatness (but is not evil!)

2. Merlin was in their house! As were some other pretty great wizards like Regulus Black and Horace Slughorn

3. Regardless of good or evil, Slytherin produces wizards with enough raw power, smarts, and cunning to come close to conquering the wizarding world. Pretty impressive.

4. Until Potter show's up Slytherin was the champion house, winning the House cup, seven years in a row!

5. The house animal, a giant serpent, is not something to mess around with.

6. They know how to get their way out of any kind of pickle

8. The Bloody Baron has an interesting background and is the only one who can control Peeves the Poltergeist

9. Their common room is fricking underwater!

10. They're so unpredictable which is awesome!

Even though poor Slytherin house gets a bad rap from Harry when he begs not to be in it, wizards like Pansy Parkinson, Malfoy, and well... Voldemort, they're pretty amazing! Not all Slytherin's are evil and racist, Slytherins will literally make some of the best friends you could have.

1. They've sort of got the best house name

2. Blue is probably the best color ever

4. They have Luna Lovegood aka the best character and human being hands down

5. Olivander, Flitwick, Trelawney, Padma Patil, and Moaning Myrtle were all Ravenclaw and they're amazing!

6. Their house token is a fricking gorgeous tiara!

7. Their common room is in a tower, designed for a perfect study room, with its own mini library!

8. They don't really give a crap about winning the house cup, they've got better things to do

9. They encourage creativity and thinking outside the box

10. Their house mascot is an eagle! How awesome is that?!

Ravenclaw house is probably (wrongly) the most underrated house of the series. They're pretty awesome and they don't care about power or glory, they just want to learn which is the actual reason Hogwarts exists... its a school.

1. Honeybadger is known to challenge lions and kill snakes and birds so...

2. Black and yellow is a great color combo

3. They have Newt Scamander who is the most precious human to walk the face of the earth

4. They also have the amazing, quirky, and beautiful Nymphadora Tonks

5. J.K. Rowling herself said "In many, many ways Hufflepuff is my favorite house"

6. They will literally be your best friend for life

7. They may be cute little cupcakes but you DO NOT want to make one mad

8. Their common room is by the kitchen because after dealing with the other houses all day, they're gonna need snacks

9. They accept anyone who has a little bit of everything: intelligence, bravery, and ambition, plus they're loyal and hardworking!

10. Hufflepuff had the most people fight in the Battle of Hogwarts

Poor Hufflepuffs get such a bad rep for being the rejects but they're not! They're the kindest people you'll ever meet and they're a combination of the other three houses!

So, after much consideration, I think we have a winner, don't you agree?