Where You From Pt 4

Where You From Pt 4

Caught in the Middle 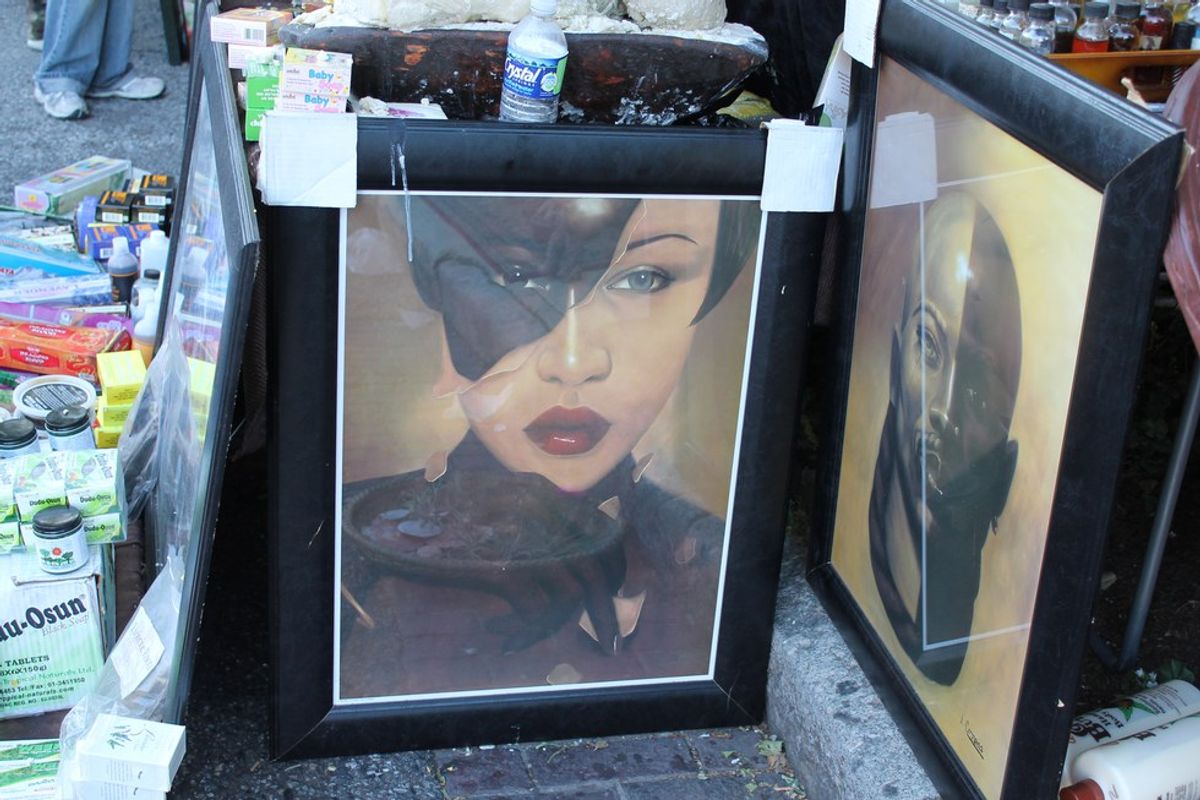 It’s a slightly uncomfortable feeling to be mentally, sometimes even physically, sandwiched between a mainstream white culture, and the culture of being a minority. I am a woman with sable skin, kinky hair, and a curvy body. I am black. My household is middle class; I went to private schools, traveled abroad, I’ve sat in the back seat of mom’s really nice, expensive cars. My identity is sweet and sour. Because on one hand, I am just black. A minority. On the other hand, I am privileged. I can relate to the mainstream. So how should I feel when I see unarmed black men being shot by police? How I should I feel when a part of my city is being destroyed from an uprising that began after a black man was killed in police custody? Do I employ my collegiate frame of mind and speak on the situations objectively? There is no right. But depending on the context, there can be a wrong. If I disagreed with #BlackLivesMatter and upheld the myth that it was a cult and terrorist group, I am wrong. If I fail to see the privileges that white people have and people of color do not, I am wrong.

There are moments that sometimes get awkward for me when I exist in the black space and white space simultaneously. What happens when my black friend takes a radical stand on an issue about whites? Do I also adopt that view, while in the space, in hopes of securing some kind of black code? If not, have I betrayed my black body and surrendered to the white conviction of domination?

Ta-Nahisi Coates’, Between the World and Me, is a profound, intimately written letter to his teenage son about growing up black in Baltimore and coming of age in the “Mecca” of Howard University. Reading it, I have had feelings of some kind of black guilt because my experience in the black body differs greatly from his. I have never had to protect my body so intensely that the thought of protection actually overshadowed my vision toward being a well-rounded, fulfilled individual.

In the midst of having privilege and being black in America, I have to decide on how to navigate race relations of today. I have to know when to address white people when they’ve commented on my “blackgirlsrock” post with “allgirlsrock.” I need to know how to support the successes of prominent black people without appearing disinterested in that of white people. I need to know how to be proud and black and be accepted in to white space. That’s a real thing. Appearing as a non-threat in white space. For some people, my even hair makes them uncomfortable.

My beautiful body receives stares from lustful men and envious women. I think of how the body of black women has been used and viewed during America’s history. The body of a female slave was often used for pleasure and profit. Sold for reproduction of more slaves. Cut for experimental research. Used for nursing of white children. Touched for the satisfaction of white men. Impregnated with mulatto children to be born also a slave. I learned in a rhetoric class that many white female abolitionists were against slavery because it threatened the sanctity of their marriages. The body of female slaves were a threat to their marriages? Or was it their husbands raping slaves? Ha, rhetoric. It’s an interesting thing.

The female slave casts a shadow on my present-day black body. I walk with conviction that I am more than my body. But my shadow follows, only to disappear in darkness after the body leaves the white canvas.

I am aware of self, and being self-aware has its virtues and costs. The benefits involve a cultural competency that shapes my world view and my position within that context. The price, ironically, is constantly knowing my position of being in a black body. Its appearance as a threat is that which also makes it invisible.

It’s a slightly uncomfortable feeling to be mentally, sometimes even physically, sandwiched between a mainstream white culture, and the culture of being a minority. I am a woman with sable skin, kinky hair, and a curvy body. I am black.