When I Finally Decided To Stop Caring
Odyssey
CurrentlySwoonLifestyleHealth & WellnessStudent LifeContent InspirationEntertainmentPolitics and ActivismSportsAdulting
About usAdvertiseTermsPrivacyDMCAContact us
® 2023 ODYSSEY
Welcome back
Sign in to comment to your favorite stories, participate in your community and interact with your friends
or
LOG IN WITH FACEBOOK
No account? Create one
Start writing a post
Politics and Activism

When I Finally Decided To Stop Caring

I realized that what others think of me truly does not matter. 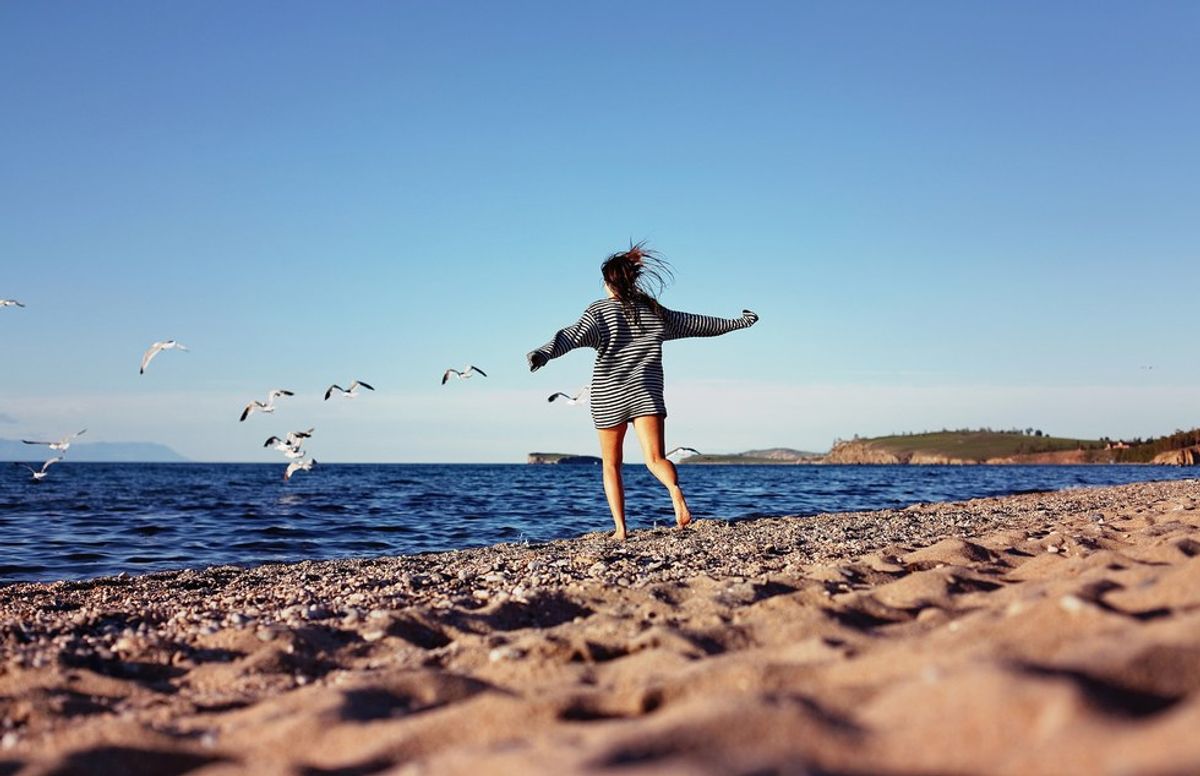 There is a lot of pressure in society today to fit in. To dress, look, and act a certain way, to appeal to people, to get invited to all the social events, and to be "that person" that everyone loves and wants to be friends with.

If you have read any of my past articles, it has probably been easy to guess that I am definitely one of those people who has felt very obligated to please others. By the end of high school, I was finally able to overcome most of those feelings. I decided that what other people thought simply did not matter, that I had found friends who cared about me and appreciated me, that I was about to go off to a college where nobody knew me and I could start over fresh. For one of the first times in my life, I felt extremely confident about myself.

Little did I know that would change less than a year later.

I'll be honest, I was a bit too confident about fitting in in college. I set the bar way too high. I thought that being in college automatically meant that everyone would be way more mature in high school. I thought that there was no reason for people to dislike me if they did not know me. Yet, around the end of my first semester, I found myself wondering what I was doing wrong. I had many friends and a great social life, but I still was not getting everything I wanted out of it, and wondered why not everyone seemed to like me — they had only known me for a few months, what vibe could I have given off?

Again, if you have read some of my past articles, you may have been able to tell that my freshman year of college was not exactly a walk in the park. I encountered weight gain, academic stresses, social roughs, as well as many other issues. By the end of freshman year, I was a complete mess. I found myself overthinking literally everything I did. With every word I said, every movement I made, and every picture I posted on social media, I found myself worrying about what other people would think of me. Would they think I was weird? Would they think I was trying too hard to be "cool?" Deep down, I knew there was no reason why people would care about me that much, but I still felt so much pressure to fit in and be liked by everyone. I did not feel that way in high school, so I was going to make myself feel that way in college — end of story.

The more and more I felt this way, the more I turned into a complying robot. I was not acting like myself at all, I was acting the way I wanted to be seen. I overthought every single action of mine. Worst of all, I was not enjoying it — I simply did not feel like myself, and I did not notice anyone liking me more than they had before.

Near the end of the summer, I had a breakdown. I realized that I had grown to strongly dislike myself — and it was due to the fact that I did not feel like I could be myself anymore. I was sick of constantly hoping to please others and getting nothing in return. After long talks with many people who cared about me, I finally decided to loosen up. It was not worth it to feel this way, and I did not care anymore about what others thought of me — if they did not like me, it was their problem. I was going to go back to school with a much more positive attitude, and just focus on spending time with people who I actually felt cared about me.

Never had I seen as much difference as I had within the first few weeks of school. I literally decided that nothing anyone thought mattered. I was going to just be myself and hang out with who I wanted to, and it did not matter what others thought of me. I was much happier, and all of a sudden it seemed that others liked me more too! Everyone who I had not seen over the summer was thrilled to see me again, and people all of a sudden seemed more excited to talk to me and engage with me. I even had friends who personally told me how impressed they were with me, and how they noticed that I seemed much more confident. It felt fantastic.

I then realized — why did I care so much about what others thought of me in the first place? All of a sudden, everything I had ever thought did not make sense anymore. If they really disliked me, would they even spend so much time thinking about me? I do not think about other people that much, why would anyone spend that much time thinking about one person? All of my past suspicions had been cleared.

I finally have decided to only hang out with people who make me feel comfortable about myself, and that has been a fantastic decision. I feel much more liked around my companions than I did last year. That could be for several reasons. Maybe people do not actually like me anymore, and I have just gotten better at not over thinking other people's thoughts. Maybe they never disliked me in the first place, and I am now just noticing that. Or maybe, people like to be around me more because I am more confident in myself. I finally present myself as someone who I am proud to be, and people like to be around me because of that. Whatever it is, I feel more liked and am happier.

Moral of the story: do not care so much about what others think of you. You are an amazing person, no matter what others say or think. You will never know exactly how others perceive you, so it is not worth your time trying to figure it out. The best things you can do for yourself and others is to just be yourself, be someone who you would want to be friends with, be comfortable with yourself. No one else's opinion matters. It has been a long ride, but I have finally decided to stop caring, and it has been one of the best decisions I have ever made.

QueenRadhi
The State University of New York at Stony Brook
2861