What Your Favorite Sailor Scout Says About You

What Your Favorite Sailor Scout Says About You

Did You Know You Can Tell A Lot About a Person by Their Favorite Character? 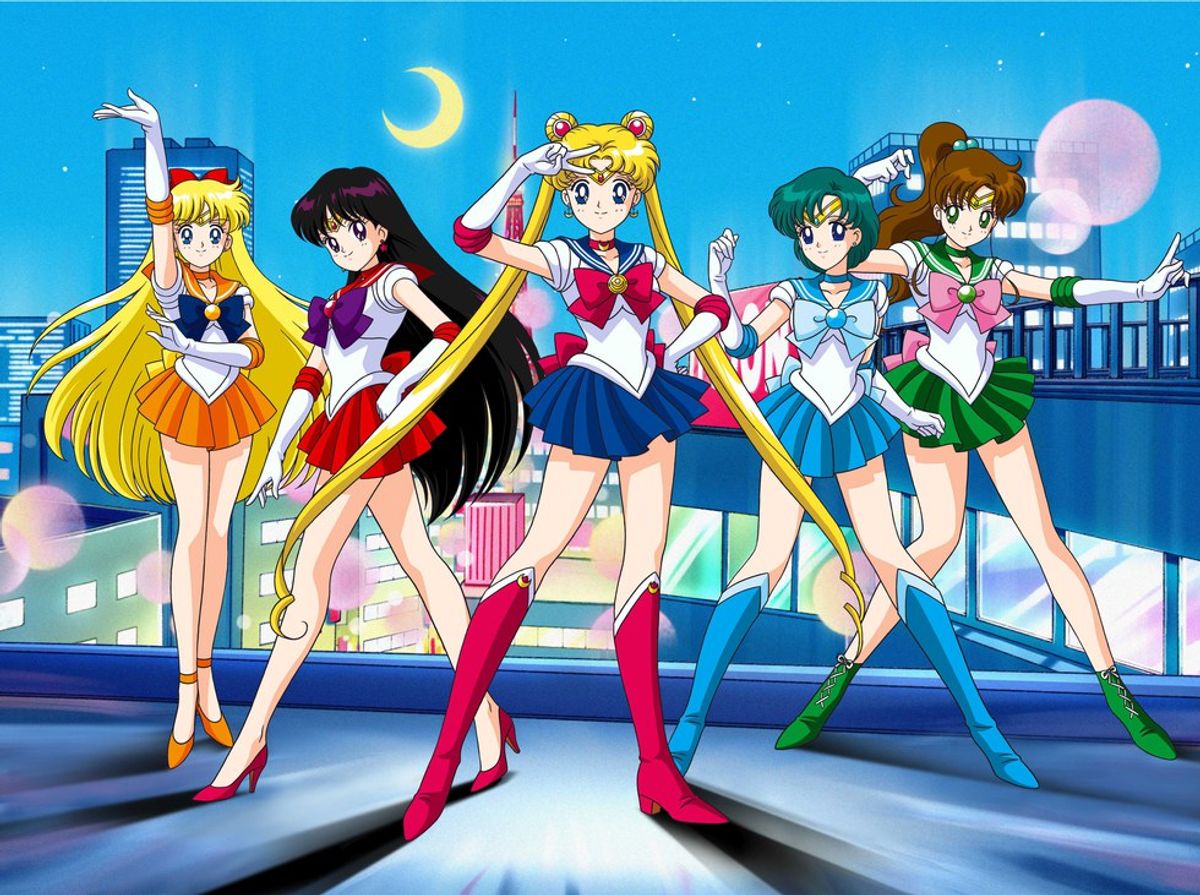 If you've ever been on the internet, you probably know about Sailor Moon. In fact, even people that aren't fans of anime are likely to have watched even bits and pieces of the show when they were younger (albeit that was likely the English dub, which wasn't the best rendition of the classic story). Sailor Moon was a kick-butt female superhero that many girls did (and still do) look up to. Everyone was likely to have a favorite out of all of the sailor "scouts" (that is, Sailor Moon's crime fighting team). You can usually tell a lot about a person by which character they say are their favorites.

You're a bit of a crybaby. It's OK; that's why you like Usagi so much. You really love pink and/or cute things, and collect them. You're a very soft person who doesn't like confrontation and likes having lots of friends. You're a serial snacker, and likely very fond of sweet things. You also make a lot of fart jokes and puns, and you think you're hilarious.

You work too hard. We get it, you take AP classes and you do a ton of extracurriculars; you don't have to mention it every five seconds! You live off of caffeine and don't get enough sleep. That being said you strive for academic excellence. You're probably the brains of your group. Your friends probably look to you when they need help figuring out the tip and none of them know how to do multiplication with decimals.

You're the parent friend, meaning you're a little overbearing sometimes. You always have to make sure that everyone you love is okay. You've fiercely protective of those close to you, and wary of those you don't know well. You're probably a Gryffindor. You can be blunt very often, but you don't realize that you're being rude. You're known to go on intense twitter tirades against anything or anyone. Calm down hothead, take a breath.

There are two types of people who like Sailor Jupiter. You're either a very rounded, talented person who might think yourself a little ordinary. That's fine-- your friends think you're amazing. You probably like pop punk music and play sports (if you're a girl, you play softball). Or, you're a lesbian who has a big crush on tall girls. It's one or the other.

Are you a libra? You're probably a libra. You love Taylor Swift and you're either very unbearable about it or keep it a secret. You like to dress femininely and your favorite season is spring. You really love to party and are a fun drunk, and hate spending nights in by yourself. You think Carly Rae Jepsen deserved more fame than she got.

You're short, and you look really cute but you're actually pretty evil. You probably know someone who has the personality of a Sailor Moon fan (see above) and you want to be like them, but inside you're really quite bitter so it's difficult for you. You're probably age 6-10, or if you aren't you wish you were because real life is disappointing. You're the kind of person that would steal someone's lunch money, or steal their lunch from the office fridge.

This is a trick question-- nobodies favorite sailor scout is Sailor Saturn.

If she is your favorite, you were disappointed as a child for lack of merchandise. Your favorite character in Puella Magi Madoka Magica is Homura and you think she was justified in everything that she did. You doodle your self insert anime original characters in your notebook during school. You were Raven from Teen Titans for at least three Halloweens in your childhood/young adult life.

You are a femme girl or you're into femme girls. You have an aesthetic tumblr blog where you post tons of photos of the ocean, flowers, paintings, etc. You exclusively listen to classical music and you're not pretentious about it, however others think that you are secretly. You have good posture and write in cursive.

You're lawful neutral and you cheered on Javert in Les Mis. You eat lunch alone because you prefer it and a lot of people are pretty scared of you. You're sort of otherworldly threatening, but a lot of people find you attractive. Your music taste is weird and consists of windows XP sounds and weird high pitched screeches.

He isn't a sailor scout, and if you came to this article expecting me to write something about Tuxedo Mask fans, you're absolutely wrong and you disgust me.