What We Still Haven't Learned From Orlando
Odyssey
CurrentlySwoonLifestyleHealth & WellnessStudent LifeContent InspirationEntertainmentPolitics and ActivismSportsAdulting
About usAdvertiseTermsPrivacyDMCAContact us
® 2023 ODYSSEY
Welcome back
Sign in to comment to your favorite stories, participate in your community and interact with your friends
or
LOG IN WITH FACEBOOK
No account? Create one
Start writing a post
Politics and Activism

What We Still Haven't Learned From Orlando

A month after the Orlando shooting, we are still in the same spot regarding gun violence research. 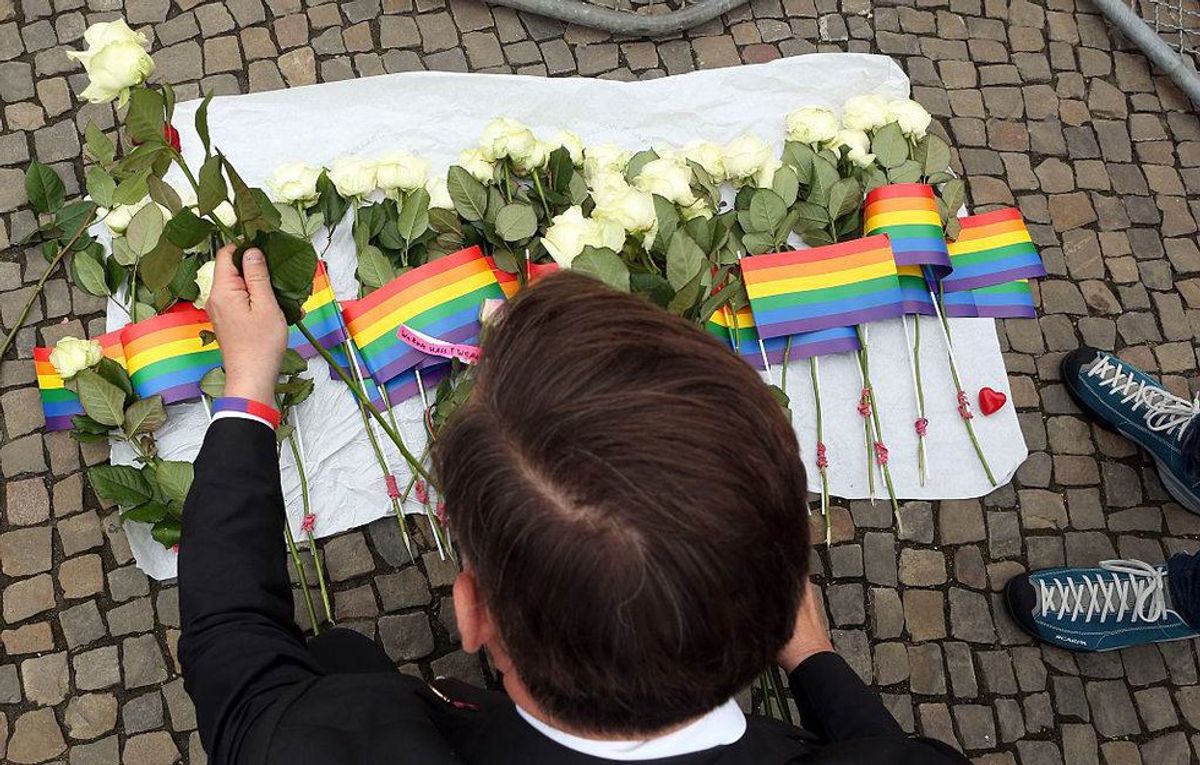 Over a month ago, the tragedy that was the Orlando Pulse nightclub shooting shocked the nation. To think that someone would go into a club (especially an LGBT club during Pride month) and senselessly murder 49 people and injure 53 more is just absolutely astonishing. I've seen so many posts during the last month or so about the shooting being an isolated incident and that it shouldn't be politicized in respect for the victims. While the tragic event is still heavy in our hearts, we can no longer continue to ignore that America has a serious problem with guns. Gun control is an American and human issue—not Democratic or Republican—and it's important to know the facts.

Just to put it into perspective, the Orlando shooting was the 176th mass shooting in the United States in 2016, the 12th mass shooting of June, and the seventh of that particular week. Regardless of your stance on gun control and your political views, nobody should be able to see these statistics combined with the heartbreaking reactions of the victims’ friends and families and not want to do everything they can to put an end to this problem.

While it is so monumentally important to send love and prayers to the families and victims of this senseless and tragic act of violence, it is also important to keep the conversation going on how we as a country can fix this problem of gun violence in the United States. Yes, it is a touchy subject and yes, it will always cause disagreements, but we cannot hide in the fear of having the gun control debate. While opinions obviously vary on how we can and should go about gun control, the problem is that the United States government is not even researching gun violence to find a solution.

The CDC was previously accused by the NRA of promoting gun control, and that prompted Congress to threaten to strip the CDC of all funding if they research gun violence in 1996. However, in 2013, President Obama ordered the CDC to resume gun violence research after the Newtown shooting. Regardless of the president’s orders, Congress still blocked, and continues to block, funding for this research (due mainly to lobbying by the NRA). Gun control is a very controversial topic, but there is no excuse to refuse research on such a subject.

In school, we are constantly told to do research before we write papers, do an art project, or give a presentation. The idea of knowing the facts, history, and statistics of your subject is drilled into our heads starting all the way back in middle school. We are prompted to apply that idea to everything we do. If that is what we are told, then why is it OK that when it comes to a serious problem like gun violence, people can completely ignore the process of research and jump to conclusions?

I understand that people's political views vary on this subject, but I cannot think of a single valid reason why this research should be blocked. Facts and research should never be feared regardless of the possibility that they won’t align with your political agenda (cough cough NRA).

If you think this research should be allowed, let Congress hear your voice and please take 30 seconds out of your day to sign this petition: change.org