What To Do When God Says Wait
Odyssey

What To Do When God Says Wait

Trust him, delight in him, commit to him 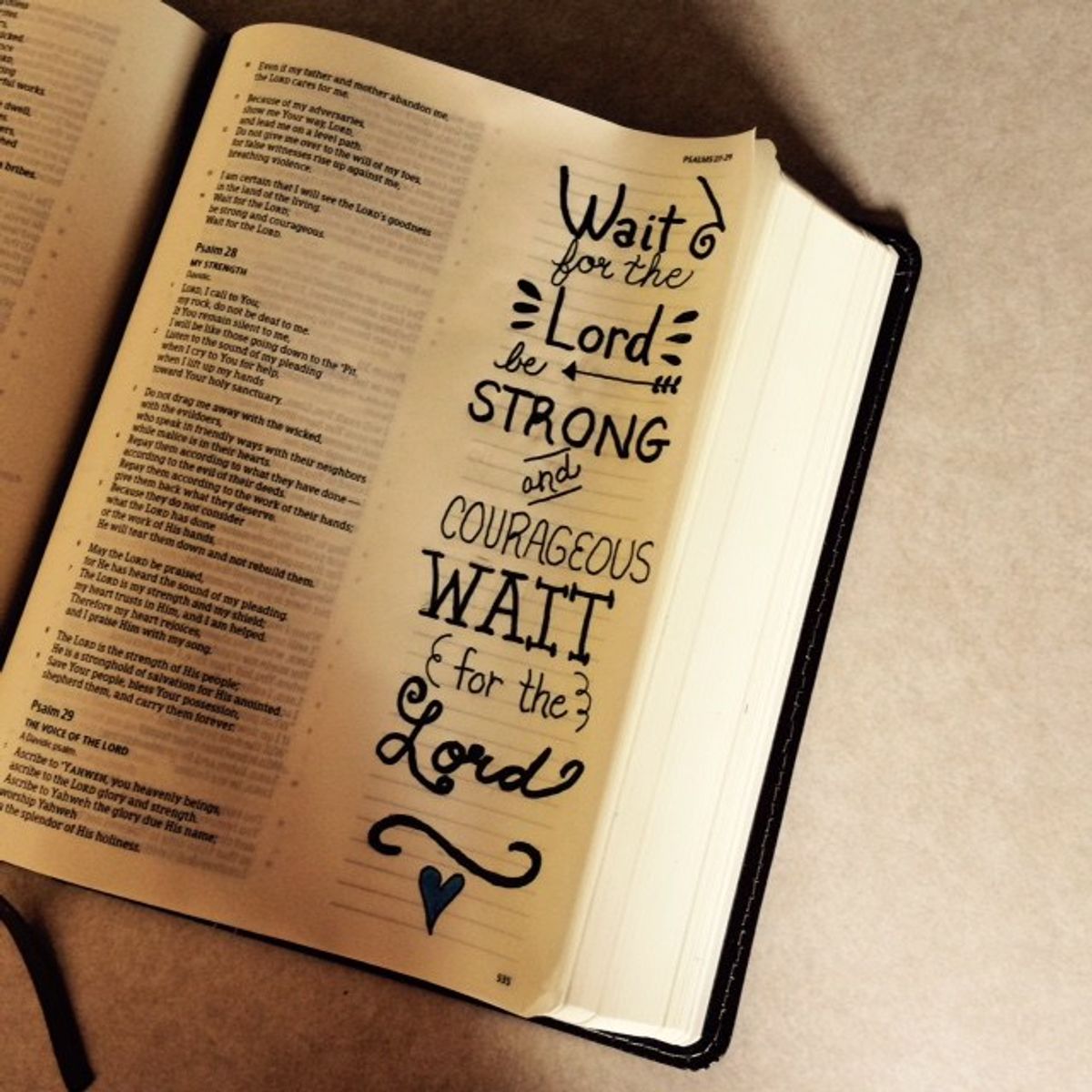 Life hits your like a train sometimes. It feels like a punch to stomach and when it's not one thing - it's another, and if you're me, it's another one right after. But alas, most of the time, we just try and make do or we make our own way. The best thing about a situation like this is that we don't have to make do and we don't just have to make our way - there's already a way made for us. To be faithful, to be trusting, to be delightful, to be committed to the ways of what we do not know and what we do not see.

To live a life of faith, fully and totally, is to watch and see your life and your circumstances turn into a miracle. It means that we turn our heads to the unforeseen and we make a bet on it working out for us in the end. We put our upmost beliefs and everything we have into that one situation and we make a stand. We try and make a way to forget what is happening in the now and stay constantly steadfast within the almost. It is not always promising in the moment, but it does create a promise for us for the rest of out our lives that without this moment, maybe we wouldn't have had it at all.

But this is not the only character of our waiting game - it is to be throughly active. It is our calling to trust in God - and not just think "he's gonna get me out", no, it is to fully submit to trusting that he has ALREADY brought you through it. Not only are we to trust, but we are to delight ourselves. This is probably the hardest one to do considering the "delight" part. When things are bad and the swords are drawn, the bad sure does seem to overcome the goodness of our situation. But this is the overwhelming of delight, to stand in an unshakeable glory and welcome the new.

Because of these, we have committed ourselves and know that we might face more battles, but the ultimate victory is always His. To be fully committed is to bow our heads before the maker and refuse to take the situation back into our own hands.

So, it is then, we must wait before him. We are waiting, holding on, and orienting our lives for the "yet to come."