What The Hell Is Cornhole?

What The Hell Is Cornhole?

One of many things you wouldn't know if you were from the city. 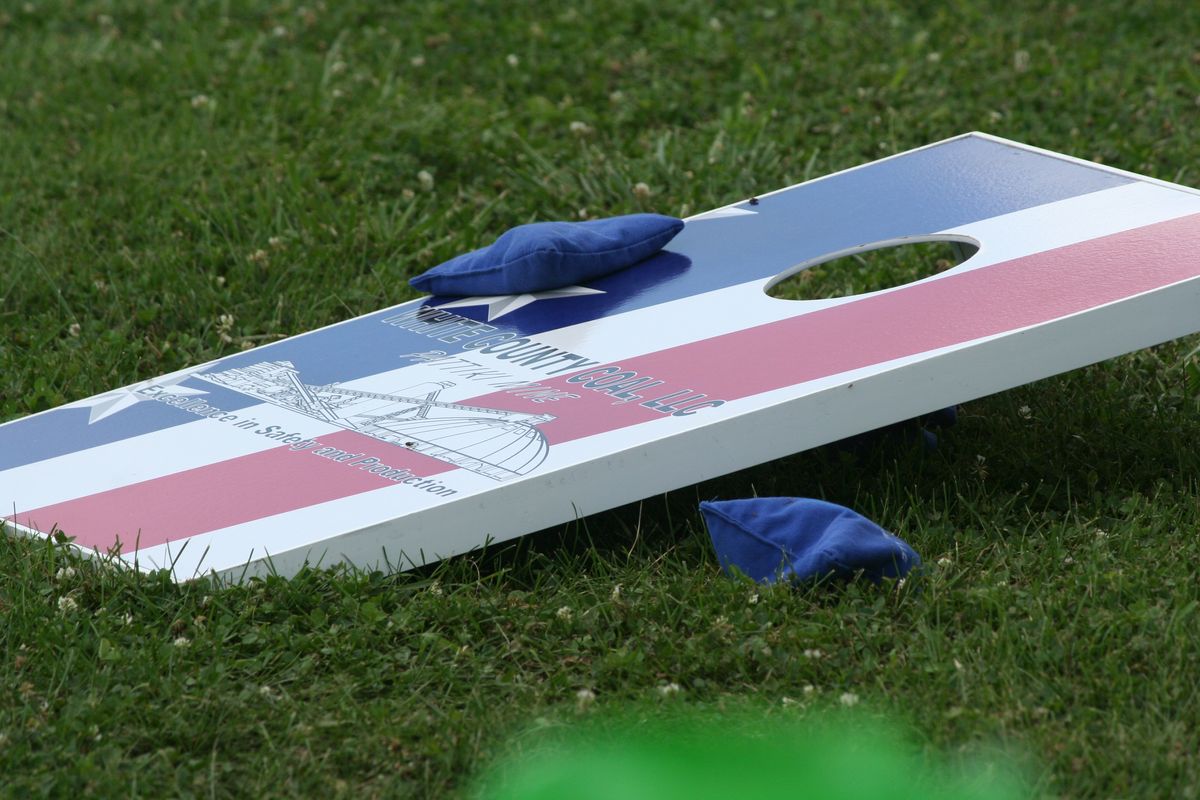 Back home in Southeastern Illinois, you can't have a get-together without Cornhole. It's a great game for all ages, and prime entertainment if you get your drunk uncles to give it a shot. Many a bond has been formed, and broken, over a game of Cornhole. But, people here don't know what Cornhole is. It's almost frustrating to me, to have to explain it every time I tell a story about something that happened back home. So, for the sake of all the readers at this point, here is the definition of Cornhole, courtesy of Wikipedia (Note: I would have used the more hip Urban Dictionary here, but apparently Cornhole is also dudespeak for butt.):

"Cornhole, also known as dummy boards, bean bag toss, dadhole, doghouse, Baggo, or simply Bags, is an American lawn game in which players take turns throwing bags of corn at a raised platform with a hole in the far end."

It happens a lot, I've noticed. I tell people about things we did in Southern Illinois, and they don't know what they are. I was talking to a girl about Kroger's, and she had no idea what that was (it's a grocery store). She just kept insisting that it wasn't a real thing; Dierberg's is the grocer in St. Louis. It couldn't be that there is something exactly like Dierberg's that exists outside of her realm.

At home, we played Cornhole around a bonfire in our math teacher's backyard on occasion. We wait on our English teacher and her family in the local diner, and we drive 13 miles, or further, to get to school. I graduated with 70 other kids, and I could tell you all of their first and middle names. This is unfathomable for the city kids I've met. They say to me, "I can get to school in 10 minutes walking!" and, "Whoa, your school only had four hallways? My school has six buildings!" That's funny. My town has about six buildings; a post office, a restaurant, the municipal building, the American Legion, the Masonic Lodge, and a laundromat. We don't even have a bank.

It's sort of like culture shock for the kids who come from Small Town, USA, going into college. We're on our own for the first time, no one there to string us up if we get into trouble, no one there to give us that lame advice that we kinda miss, no one there to call our dad if they catch us out running around after curfew. It's going from population 500 to population 40,000 overnight, and the people are rude and don't stop to help a stranger with a flat tire. It's weird. Really weird.

But, then you find someone who came from just as small of a town, and it's like there's an instant bond there; you were raised the same way, you did the same things, and you're feeling the same way now about this big change that scares you and excites you at the same time. And they know what Cornhole is, and it makes you happy.

I never thought I'd say it, but I'm glad I was raised on Cornhole and bonfires and deer hunting. I'm glad I lived in a town where I had friends six times my age, and I met my first (and hopefully last) love on the school bus. It's maddening sometimes, because I feel so old-fashioned in the way I do things compared to my friends here. I don't feel like I missed out because I didn't live in the city. Sure, I didn't learn about corporate networking and the fastest way to success; but I learned how to do it right and slow and not to cut corners. I didn't learn which train line was the fastest, or how to catch a taxi. I learned that a rain-gauge is an important asset to any home, and the black caterpillars on the road mean that the winter is going to be hard. People wonder how I survived such a "primitive" childhood, and how I've never lived in a city. They say it takes a village to raise a child, and I think mine did a pretty good job. To say the least, I'm doin' just fine so far.