What That Uniform Means To Me

What That Uniform Means To Me

Thoughts of a discharged solider. 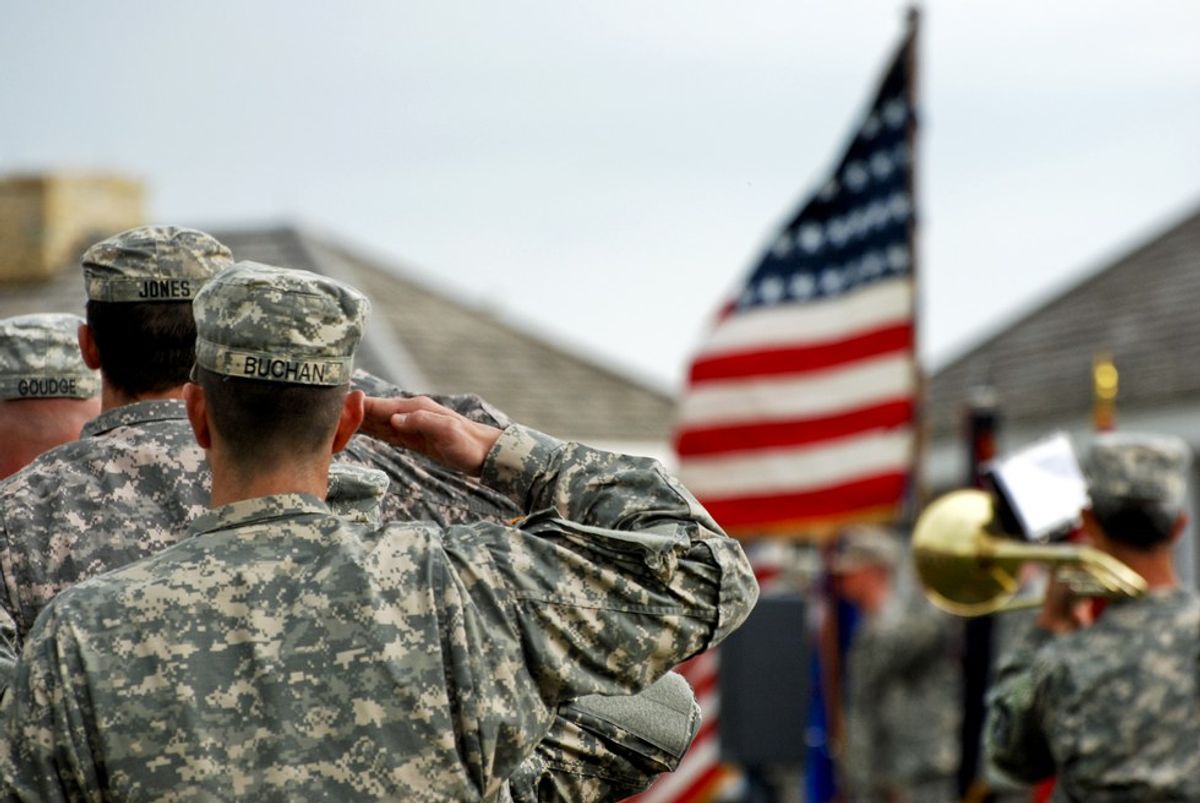 Simply put, I miss it.

I miss the adrenaline.

I miss the camaraderie.

I miss the sense of belonging.

All too often I took advantage of the fact that I wore the uniform.

I thought the military was my forever home.

I would go active and one day die for a country that has given me so much.

Being a part of the Armed Forces gave me a sense of direction when I had none.

Being a solider meant everything to me, and it still does.

The uniform was my second chance.

My proudest and happiest moments have, and will always be, saluting the American flag in uniform.

Not only did I represent myself, but also the strongest and most resilient nation in the world.

When I was discharged I felt like my whole world came crashing down.

What did my life stand for anymore?

The uniform is more than just a piece of cloth.

It's a passion and a life-long commitment.

I was counting down the days to deployment.

I was counting down the days until my life meant something.

All too often we forget what a privilege it is to wear the uniform.

The uniform is humbling, yet leaves a weight on the wearer's shoulders for the rest of their lives.

That uniform is PTSD.

The uniform is anxiety.

The uniform is solider suicides.

The uniform is an uncertainty of coming home.

The uniform is war.

The uniform is hope.

The uniform is lost lives on the front line.

But most of all, the uniform is commitment.

Without that uniform, I don't know where I'd be today.

It has cultivated me into someone I don't recognize, in both good and bad ways, but I don't regret a second of it.

"Service before self" has become ingrained in all I do.

God bless the men and women who risk their lives to keep this country safe.

Simply put, I miss it.