I Asked 32 Men To Get Real About Dating And Hooking Up In 2020, And Turns Out, They're Just Like Us Ladies

They answered the questions we often don't ask. 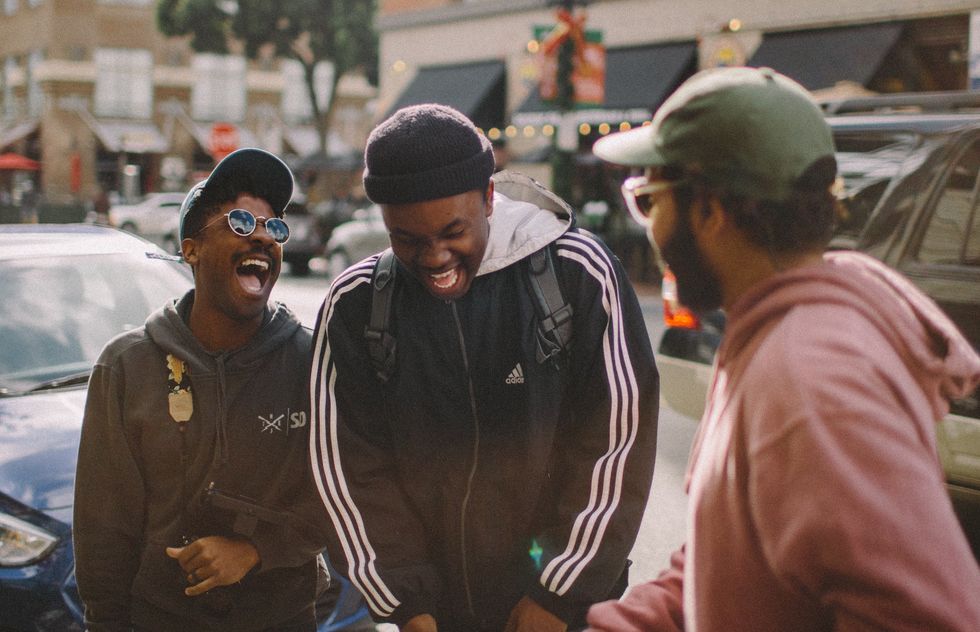 We've all wondered what the person we're interested in is thinking at one point or another.

When it comes to men, I think we all decided long ago that, well... there's no reading their minds and since they don't always feel comfortable sharing how they're feeling, dating can be tough.

A crucial part of any kind of relationship, though, is understanding. Unfortunately, this is something society lacks in today's dating/hookup scene. I don't know about you, but I'd really like for that to change, so I took it upon myself to ask 32 men the questions we tend to hold back so we can actually understand them a little better when it comes to romance. Here are the key takeaways.

1. The man of your dreams may not be over 6 feet tall.

The news of our obsession with taller guys has spread and... well it's sparked a mixed bag of responses from the guys.

On the one hand, we have the 6-foot and above crew. It's definitely boosted their egos. Being taller has gotten them more attention in the dating world.

Then we have our men in the 5-foot range. It's pretty rough out there for them. From being ghosted weeks in once they reveal they're 5 foot 11 inches instead of 6 feet or over to not even getting a chance to show a bit about themselves because we don't even swipe right.

While the majority of the men I spoke to said they aren't insecure about their height, it was a different story once the topic of dating came up.

I think it's far from a reach to say we are setting ourselves at a great disadvantage by being bias to men 6 feet and above. Height does not equal quality. I think sometimes we don't take the chance to consider the fact that the right man for us could be 5 foot 5 inches or 5 foot 8 inches, or anything in the 5-foot range.

If you prefer a man that is tall, look at your height on a chart and you'll see that men don't have to be 6 feet in order to be the tall man you're looking for. Plus, there are only so many 6-foot men in the world — we can't all have one.

I know there is a preconceived idea that the man should be the one to make the move, but it's 2020! Don't be afraid to go after what you want.

You can still practice the art of being chased just be sure to let the guy know what it is he's supposed to be going after. Put yourself out there!

The overall consensus from the 32 men is that they like it when they are approached first. Double points are awarded for a standout approach and, obviously, if you're someone they've already had their eye on.

You're probably wondering what to do with this information. No worries necessary!

I made sure to get some dos and don'ts to go over so we can make sure we shoot nothin' but net. Here's what the guys said:

Scared of things going wrong? Men are too!

Men have been tasked with making the first move and being the more dominant partner for so long that we really don't take the time to consider what that must be like for them. I think we can all agree that we assume it's an easy everyday thing to them, but – surprise! – that's not exactly the case.

While some men say they are calm before taking a dive into someone's DMs, over half of them admitted feeling anxious and being hopeful that everything goes well. A small group even went as far as to say they felt determined.

Men fear embarrassment and rejection just as much, if not more than we do.

If you consider the role they are brought up to play in a relationship, they have every right to feel the way they do.

Some of the things mentioned in particular include:

Losing a close friend after making a move on them romantically, not being attractive enough, being ghosted, misreading signals, being perceived as that creepy stranger, and then there is the infamous group chat.

They know it's coming. It's the not knowing how they will be portrayed that gets them.

4. Let go of your ideas of how a man "should be" based on societal norms and gender roles.

We all have had a preconceived idea of what a man is and the role he plays set in our minds for as long as we can remember. In fact, I bet you already formed a list in your head while reading this.

These standards weigh heavily on men. Even in what seems to be a more accepting day and age, men are still working hard to hold up their end of the role they've been dealt while also letting pieces of it go so the true them can shine through.

According to the group of men surveyed, some of the hardest parts of being a man in 2020 include:

5. Men have sexual insecurities and performance anxiety, too.

First, and this one may come as a shock to you, men DO care about mutual pleasure. In fact, the men I spoke with almost all expressed insecurities around performance. They want you to enjoy the experience and hope to live up to your expectations.

Feeling a little self-conscious? I bet you he is feeling it, too. From showing their bodies, performance anxiety, and/or lack of experience to the unavoidable veil of awkwardness that covers all sexual initiations, in the beginning, trust that men are going through it too.

Just as the actual act is a shared experience, all of the emotions and the flood of thoughts going through your mind beforehand is something you both partake in as well.

6. For the other men reading this, here's the advice they have for you: