What does this say about our society? 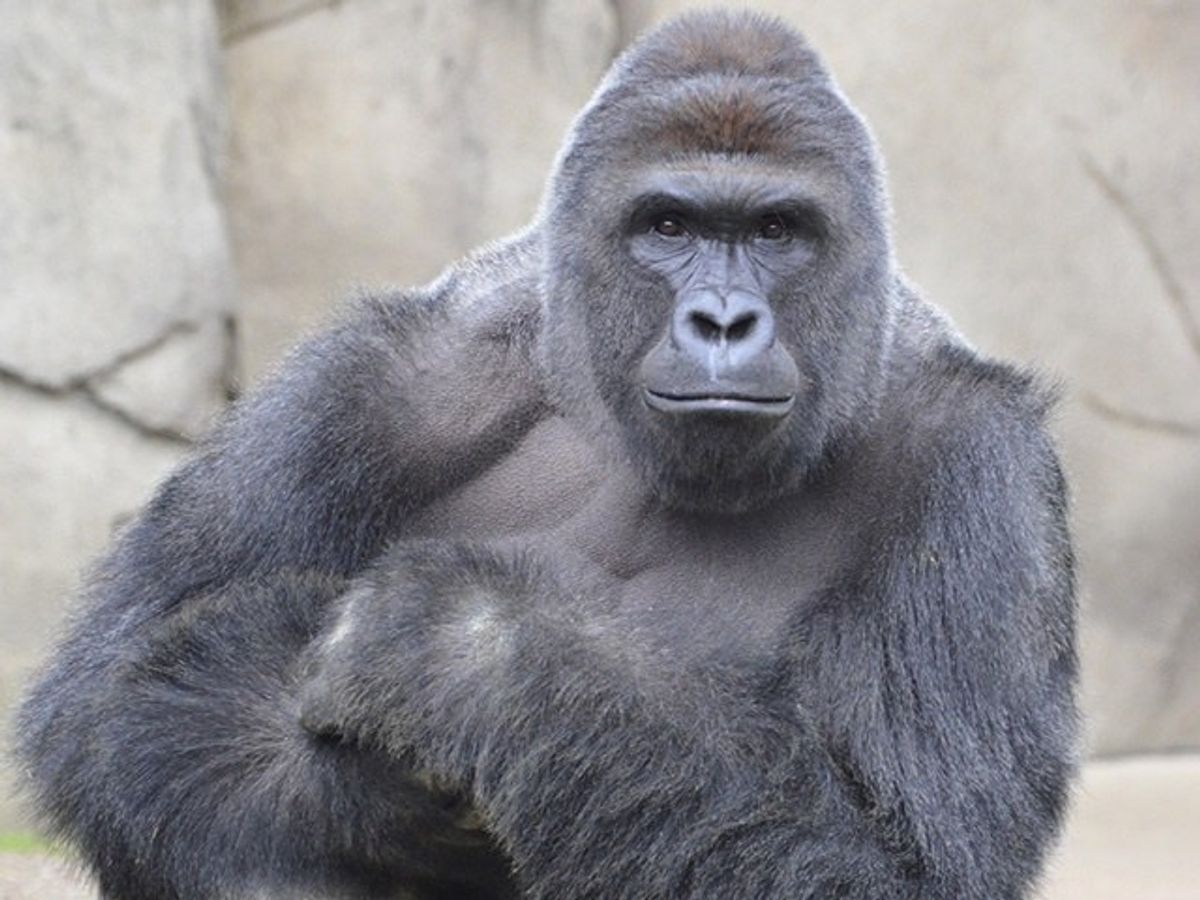 Several days ago, a 4-year-old boy was visiting the Cincinnati Zoo with his mother when he fell into the gorillas’ habitat. After ten minutes of onlookers trembling in fear at the child’s seemingly imminent fate, helplessly watching a male gorilla drag around the boy while his mother shouted out how much she loved him, help arrived. The zoo ultimately decided that shooting the gorilla was the best and most efficient option to rescue the child. This was a tragic situation on all parts: the little boy, was too innocent to realize attempting a climb into the habitat was a bad idea but not innocent enough to realize the danger he was in and to not sense the pain of being thrown about by an animal ten times bigger than he; the mother, who was scared to death at the near loss of her child, and the gorilla,; Harambe, who was acting only in the way he knew how and was punished severely for it. Yet also tragic, however, was the response from the public, the majority of which made it clear that the child’s life should not have been placed on higher priority than the gorilla’s.

We live in a time in society in which, often, animal lives are placed above the lives of humans. We promote and support popular organizations like PETA (People for the Ethical Treatment of Animals) who spend countless amounts of time and money informing the public of abuse and unethical treatment of animals. This is great; the abuse of animals definitely begs awareness. All the while, however, humans are abused, trafficked, sold into slavery, living in poverty, dying from preventable diseases, being sent into war as children, and being murdered at the hands of American doctors in the form of abortion every single day, among many other tragedies, a fact we not only do not vocally raise awareness of nearly as much as the abuse of animals but often overlook because we simply do not care.

I am not innocent from placing the lives of animals above humans in my own life. I am a proud vegetarian and animal-lover who actively warns others against the cruelty of factory farming, but I, at the same time, have trouble stopping myself from purchasing clothing and items from stores that I know support child labor, such as H&M. This is how our society often runs; perhaps we see the abuse of humans as something more in our control than the abuse of humans, specifically children, or perhaps we just value the lives of animals above the lives of other humans, imposing imaginary innocence upon them because we do not know otherwise.

In his article “While You Were Crying Over a Dead Ape, 125,000 Babies Were Just Murdered,” Matt Walsh states, “We are living in the days of neo-paganism, where legions of depraved souls seem only capable of mustering compassion for wild beasts. As for human beings, they feel only contempt and indifference.” The evidence for this neo-paganism in our society is all around us; for example, are we more likely to help starving animals on the streets or starving humans? Do ASPCA commercials featuring hurting dogs and cats hold our sympathy more than commercials allowing the sponsorship of starving, hurting children? Decide for yourself.

When God created the Earth, He carefully crafted the animals, the land, and the sea, but then He created humans in His own image and gave them dominion over the animals. Not only did God intend for humans to rule over the animals, placing much more importance on humans than any of His other creations, He also created us in His own image, modeling us after Himself. God clearly values humans above animals, a viewpoint that we have, over time, warped and twisted in ourselves, where we now see humans and animals as equals. This was not the intention of the world, and something of which we seriously need to consider the implications.

Would the public have been satisfied if the child had died instead? Because the situation was certainly heading in that direction. Would we have held memorials for the boy as we are for Harambe, weeping at his grave? I honestly don’t know. The outcry from the public makes it difficult for me to think the deaths of Harambe and the boy warranted equal sympathy, let alone more sympathy for the human child as the situation calls for. We have to realize that animals are not as innocent as we often perceive them to be, and hurting animals do not warrant more sympathy than hurting humans. As much as I love animals, it is important for me to love humans with the same empathy and compassion, as it is for society.

Harambe’s death was untimely, and if the circumstances had not warranted it, unnecessary. He was a good gorilla who lived a long life and helped to keep his species alive. But we need to consider the importance of human lives in our society above the lives of animals. The child could quite possibly have died had Harambe not been killed, and instead of making statements implying the child did not deserve to live because of his mother’s negligence, let’s be thankful a human life was spared and better prevent tragic situations like this one from happening in the future, while also considering the meaning of our impulse reaction to this incident.