Maybe living with friends is the right option for you? 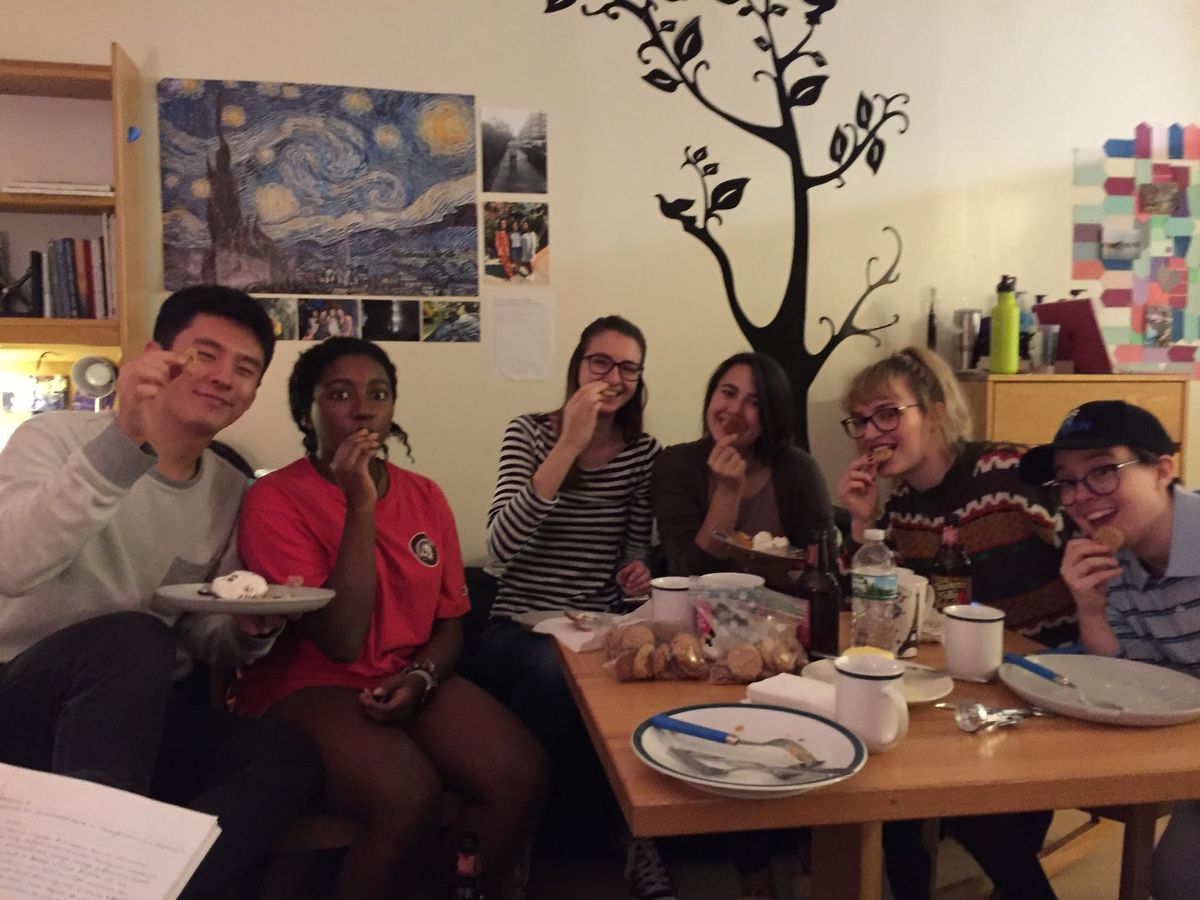 At the beginning of this school year, I wrote an article about living with my friends. It had been a few weeks into our transition from friends-who-get-dinner-every-night-and-study-together to roommates, which in hindsight wasn’t the best time to write this article. I talked mostly about how our interests aligned, which is what made rooming with friends the perfect decision for us.

Over the summer, in preparation for our “best year ever,” we talked about cooking dinners together, having roommate check-ins every month, and watching movies late at night on our projector. And, sure, we’d throw in some studying every now and then. Sophomore year was going to be the year that we had fun and did everything we said we would do freshman year.

And we did, kind of.

In the beginning, living with my three closest friends at college wasn’t much different from when we weren’t roommates. We had spent every day together the previous school year, moving from dining hall to dorm room, where we spent hours laughing and doing homework. It was the same, except we wouldn’t get up one by one to make the long trek back to our rooms to go to sleep. Instead, we just had to hop into bed.

And then, it stopped always being fun. Cooking nights became less and less frequent, overtaken by schoolwork and other friends. One of us would leave the dorm for whatever reason, causing the others wonder where they were. Personally, I’m not a fan of being constantly checked on. I like my space and my alone time, but I felt that I couldn’t get it when my best friends were my roommates.

Small things, but things that annoy you nonetheless and cause you to complain to other friends.

And then the space thing. I don’t know if it’s something that everyone needs, but it’s definitely something that I need. When I wanted alone time my freshman year, I just wouldn’t meet my friends for dinner at the dining hall, or I’d leave early when we hung out. This year, however, I couldn’t leave, because the place where I wanted to sit in my bed and watch a movie or do work in my pajamas had three of my closest friends living there, too. I chose them, so it wasn’t the same as being by myself with roommates that I didn’t know.

It’s important to remember that this situation is specific to my experience—one roommate loves to study by herself, the other studies late at night outside of the dorm, another roommate was never home, and another roommate went to bed early. After nine months of living with my friends, I know that our dynamic has changed. Our friendship has become more casual, which isn’t necessarily good or bad. It’s just different.

Of course, I’ve had some great times living with my friends. The nights that we were all together remain some of my favorite memories from my sophomore year. It’s not all fun and games, but I think that can be said for any roommate relationship.

I hope it’s not anticlimactic for me to say that each situation is different and specific to the person, but I would say to consider living with a friend/friends before deciding that it’s going to be the best year ever. I love my girls, but I’d be lying if I said I wasn’t disappointed in how things turned out for us.

This week, we scheduled our last roommate dinner before three of us leave for the summer with the intention of studying abroad during junior year. It took us a few days to make the plan because no one could agree on a date or time, because we were being flaky, because we had other commitments. I don’t like that this is what it comes down to, texting each other back and forth to pick a date to see each other, but it is the reality of the situation.

It's different for other friend groups, I'm sure, but this is what I went through. And it is something to consider when you're picking your roommate.