What It's Really Like To Live With Depression
Odyssey

The amount of self-hate can be addicting 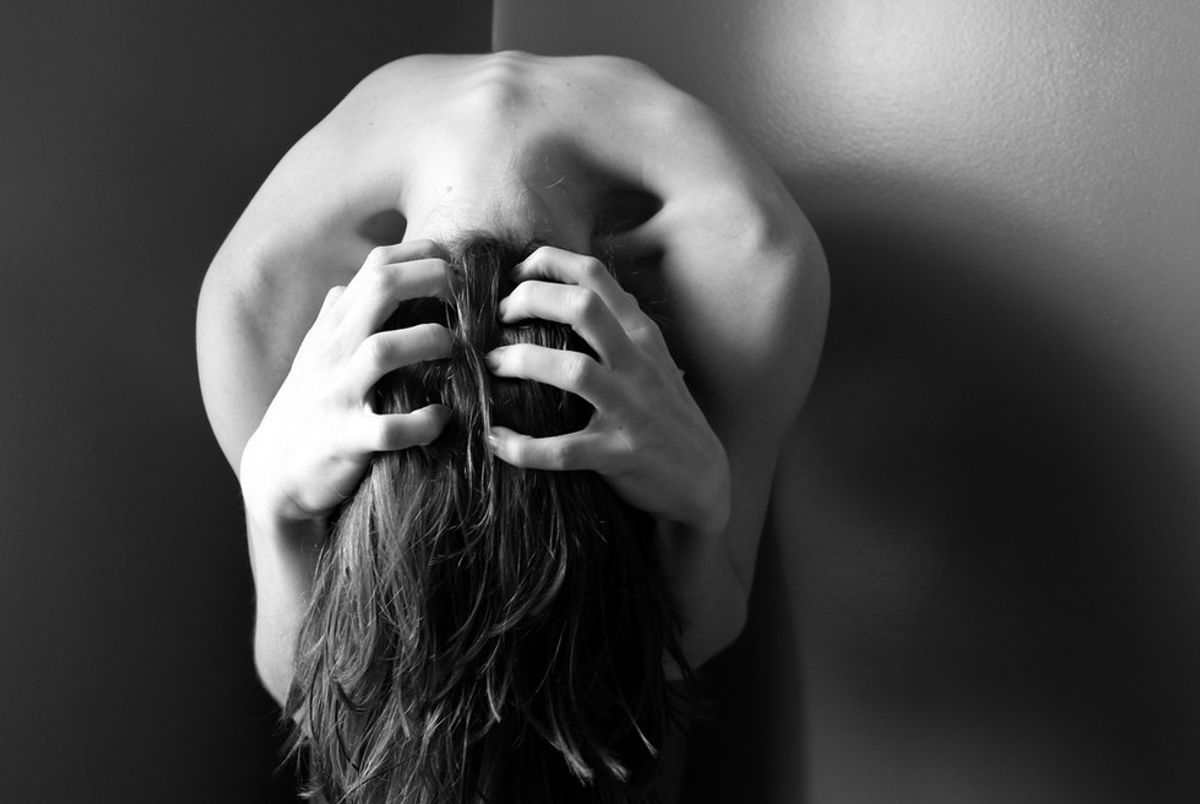 Everybody has their own idea of what living with depression is like, but unless you have it yourself, you truly have no clue. Don’t feel bad, though; nobody ever actually knows about something until they experience it themselves. As someone that has been wrestling with severe depression for longer than I’ve ever hoped, I’ve learned about the internal and external effects this unfortunate disorder can create for those who suffer from it. If you have a friend or family member who has depression, or if you want to be more aware of what people with depression go through, I encourage you to take a moment and continue reading.

Before I go any further, I want you to think of the person in this world that you hate the most. I know, hate is a very strong word, but there must be someone on this earth that makes your stomach churn every time you see them, whether or not you know them personally. Once you have chosen someone and begin to feel that disdain and uneasiness towards that person, imagine feeling that way about yourself. Those with depression often unleash all of their hatred and discomfort onto themselves, which makes them their own worst enemy. Personally, I always have a hard time looking at mirrors, and during the days I can feel my depression pushing down on me the hardest, I avoid them at all costs. It’s actually the main reason why I never take selfies and try to stay out of group photos. I can’t stand to look at myself because it reminds me of all of my flaws, shortcomings and future failures.

It’s hard to explain what it’s like to live in the body of the person you hate the most, but I can assure you that it feels like a never-ending battle between you and your own morality. People with depression commonly ask themselves if the world is better off without them, and unless someone is there to help them understand what they’re going through, that question may never get answered. They feel like excluding themselves from parties, work, or even friend groups will positively affect everyone else since they won’t be weighed down by their presence. People with depression tend to stay away from social gatherings like these because they want to do everyone a “favor” by staying home.

When things get really bad for those with depression, everything on their schedule is put on pause. Time becomes a non-factor while they are so overcome with sadness that they literally cannot function as a normal person. Due dates fly by, meals are skipped, and sleeping schedules become nonexistent. It varies how long this can last for people, but no matter how short or long it is, it’s a terrifying kind of limbo to be stuck in. This past spring, I remember being in this sort of state for about three months. Don’t get me wrong, there were a few external elements that allowed me to brighten up here and there (my dog was the best at doing that), but the perpetual despair that was being heaved onto my soul forced me to take a few steps back and reevaluate my entire life. The toughest part of being in this state is actually snapping out of it. It may just go away with time, but even when the heaviness of it all goes away, the depression still clings on and has a substantial influence on those it follows.

While the depression is wreaking havoc on you internally, it’s also doing just as much to the world around you. Sooner or later, people will learn of your disorder and ultimately judge you for it. I’m not saying that all people are terrible because of it, but it’s human nature to evaluate someone based on one uncommon quality. A lot of people will only go as far as to silently judge from a distance, but as for friends and family, they really don’t have much of a choice. When it comes to loved ones, they almost always have good intentions, but communicating can take an entirely different route if they know you’re battling with depression. For example, I’ve had people ask me about my personal life more often than ever since word has gone out about my depression. Like I said, I appreciate the good intentions, but it sometimes seems a little insincere since they really didn’t take much of an interest before they found out. Those with depression will often find themselves second-guessing the love they receive from their friends and family since they are led to believe that they don’t deserve any affection. Remember, depression can lead to people hating themselves with great distaste, so it makes sense that love from others would be greeted a little awkwardly by the receiver.

I know I’m painting a really bleak picture of depression, but for some people, this is only scratching the surface. However, it’s important to know that it’s not always this way. Certain activities, such as hanging out with friends or exercising at a gym, can do wonders for anyone’s mood. If you know that depression has an influential effect on your life, identify what makes you happier and make a point to do those things on a regular basis. As I said before, I love being around my dog because he always lifts my spirits, but since I live in a dorm room, I’m not able to see him all the time. However, I’ve made it a point to go home every so often just to see him and give him a few hugs and kisses before heading back to classes.

For those who don’t have depression, please try to treat those that do with the same kind of respect and dignity that you would with anyone else. Usually, if someone with depression needs help or someone to talk to, they will be the ones that ask. If you are ever asked by someone with depression to talk to them about their struggles, it means that they trust you 100%, so please don’t break that trust. Your confidentiality is what allows them to feel a little bit of confidence every time they step out into the world and know that someone is there for them. I hope this helped clear up what kind of effect depression can have on someone, and if you’re still unclear, please take the time to do some research and learn about this disorder.