What Do Jay-Z, Taylor Swift, and Led Zeppelin Have in Common?
Odyssey

What Do Jay-Z, Taylor Swift, and Led Zeppelin Have in Common?

They're all a part of an American Studies major's course load. And meet the man who makes it happen. 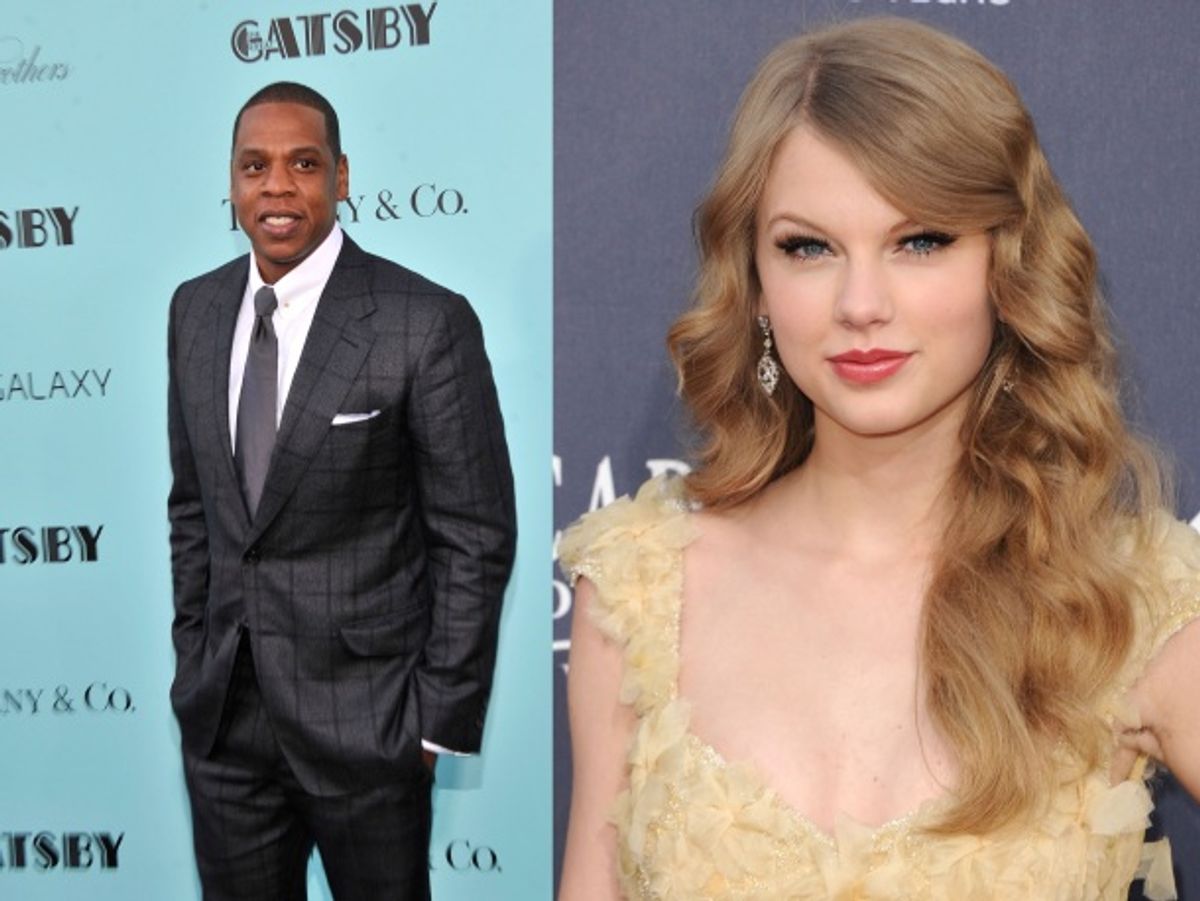 What if I were to tell you that you could take a college course with lectures on Led Zeppelin, James Brown, Michael Jackson, Madonna, Dr. Dre, Nirvana, Jay-Z, and Taylor Swift? You’d probably tell me to pinch you. But this isn’t just every students’ dream. For many students it’s a reality. Courses like these are a regular occurrence in the life of an American Studies major.

In American Studies 232, Contemporary Music in America, and American Studies 335, American Pop Music, taught by Dr. Eric Weisbard, students are able to use their critical reasoning as well as creativity to write their own responses and essays on aspects of the music industry and culture from Church Berry all the way to the most recent Youtube hit “Gangam Style.” As we all know, sitting down to start a paper for a class you dread is painstakingly tedious. From personal experience, after having taken both of these courses, getting through the small responses or papers you’re required to write are more of a bonus than a chore, especially when you’ve been taught the material well by an expert in popular music.

Meet the man who makes it happen. Dr. Weisbard, who grew up in New York, first delved into music as a freshman in college when a new friend gave him a Velvet Underground tape. Shortly after, he began working at his college’s radio station and was surrounded by thousands of records each day. While listening to the albums he found at work, he and his friends also began to attend concerts.

“It was like my education was provided for me. You had the opportunity to play records on the air, but also to listen to records off the air,” says Weisbard. “So it was really college and college radio that turned me into a music junkie and got me started writing about music a little bit, because in those days you would write reviews for the college radio DJs on the back of the records, and so that was like my first music writing.”

Weisbard’s album reviews paved the way for his next adventure: simultaneously pursuing his PhD at U.C. Berkely and becoming a rock critic. He was offered a job at SPIN magazine after editing their book, “The Spin Alternative Record Guide," a book that chronicled alternative music reviews, past and present, and helped Nirvana fans of the 90s discover more music similar to the grunge they loved.

“So I left grad school, I worked for SPIN first, then at the Village Voice, and then got hired at a music museum in Seattle called Experience Music Project, and it was there that I started to think about going back to academia. It had been about ten years between when I had left UC Berkley and when I called them up on the phone and asked if I could write a dissertation and get a PhD kind of belatedly,” Weisbard explains.

His transition to Alabama, which may be only slightly different from New York, San Francisco, and Seattle, ended up being more of a double transition. When he began teaching at Alabama, he hadn’t been to a University in more than 14 years, but any student of Dr. Weisbard’s would guess he’s been doing this for a lifetime.

“From the beginning, what really excited me was teaching the history of popular music, the variety of popular music, and the freedom I’m given at this University to teach it in a way that makes sense to me,” says Weisbard. “And I think that comes through in the class, that I love having that freedom to explore all different kinds of topics and sounds and not be under the pressure I might have been as a journalist to tell only the part of the story that’s relevant this minute, but to get to go deeper and talk about things in a sustained way.”

As you could probably guess about someone with musical tastes as vast as Weisbard’s, he has to venture now and then to Birmingham to see shows at Bottletree and enjoy the city culture. He’s still waiting on Tuscaloosa to up its game in the local coffee shop scene (we haven’t quite caught up with Seattle). But what he does love about Tuscaloosa is the University and the freedom the American Studies Department gives its professors.

Weisbard’ss classes usually have three parts: analyzing songs and connecting them to a larger pictures, using an academic or biographical reading that puts the music in context, and finding an overall framework for the class that day. There’s usually a few papers in the classes as well, which help the course contribute to the writing requirement that the course fulfills.

As far as how these classes give life or academic skills to its students, Weisbard says, “It has always been for me the case that there’s one way of doing careers that’s straightforward, and there’s one way of doing careers that’s anything but. The straightforward one is the obvious: be a doctor, be an accountant, pick a specific, and go for fulfilling the requirements. While that’s totally valid, we also know that an increasingly large number of interesting jobs, whether in media, or any creative work, don’t have prescribed career paths. So if you want to go that way, my classes are in part about helping you develop what we could call the critical skills, but what I would almost say is it’s kind of a cultural language.”

For the people reading this who think a class on Garth Brooks means an easy A, it can be; however, there’s a disclaimer. You still have to do the work. While it’s fun to listen and talk about the music, you have to be willing to analyze and write about it.

“What I try to make clear,” says Weisbard, “is that the only way it works to have popular culture in a university course is for what you learn about that culture to be something different than what you knew coming in. And if all you want is to be confirmed in what you already knew, stay away. But if you want to look under the skin of the stuff you know, see where it came from, and see how it connects to thing, then you should take the course.”

So if you have the opportunity, do yourself a favor and take one of these classes while you still can. Nothing is better than getting credit for a class that you watched Dazed and Confused in. And while you’re at it, get a head start on AMS 335 over Christmas break by reading Dr. Weisbard’s new book Top 40 Democracy: The Rival Mainstreams of American Music.