What Happens When A Jew Goes To Church
Odyssey
CurrentlySwoonLifestyleHealth & WellnessStudent LifeContent InspirationEntertainmentPolitics and ActivismSportsAdulting
About usAdvertiseTermsPrivacyDMCAContact us
® 2023 ODYSSEY
Welcome back
Sign in to comment to your favorite stories, participate in your community and interact with your friends
or
LOG IN WITH FACEBOOK
No account? Create one
Start writing a post
Lifestyle

What Happens When A Jew Goes To Church

Going up on a Sunday. 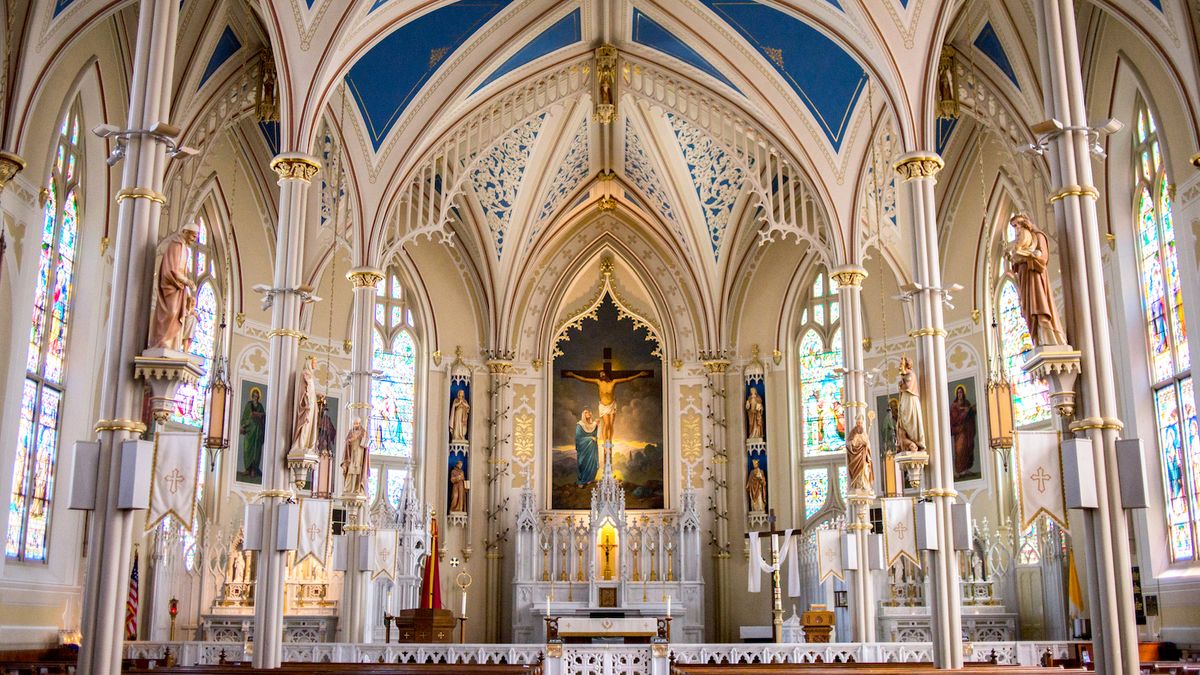 I’ve written about being Jewish multiple times already. I like being Jewish and everything associated with my religion. Judaism isn’t just a religion but also a culture in itself. Well, this past Sunday I went to church. A lot of people might be wondering why me, a Jew, would go experience another religion. Considering I don’t even go to synagogue anymore, the thought of me going to church seems crazy and baffling and every other adjective in the book.

However, I recently wrote an article about the ending of friendships and what that means. My head’s been all over the place lately and that friend invited me to church with the hope that it’ll help me out a bit. So, with a bit of hesitation and concern from my mother, I put on my boots and went to church. I believe that in order to be accepting you should experience it for yourself, even if it’s just once. The only way to truly accept others is to take a walk in their shoes--or boots.

The first thing I noticed when I got to church was a horse drawn carriage and a red carpet, oh and people dressed up as Disney Princesses. Yeah, I thought it was interesting too.

The next thing I noticed, as I walked the red carpet at my old high school’s auditorium was the surplus of snacks and drinks being provided--free of charge. This is not what I’m used to by any means.

As we entered the auditorium, a light show began to play as well as a video that can only be described as a “hype vid.” All of a sudden, I was a patron at a concert as a live band began to play. Everyone around me knew the songs the band was playing, as they were gospel songs about G-d and Jesus.

Some of my questions got answered as the service went on like the standing portion but I still didn’t know what to do with my hands.

As the service continued, I noticed that people began taking notes and so I too, began taking notes on my phone. What was interesting to me was the live stream that was happening between the two locations. The main pastor was at the other location so the sermon (I think that’s what it’s called) was broadcasted from there. However, it didn’t take away from anything.

I went to church during what is their, “At The Movies” assortment. For four weeks the church relates movie messages to the bible. On this particular day, Cinderella was the movie and the message was about forgiveness.

I truthfully have a hard time with forgiveness. I tend to forget before I forgive. I’ve been hurt many times and have a hard shell that makes up my exterior. Unfortunately, this has led me to move on before anything gets solved. But it also means that time takes over and I truly never get the closure I need.

I don’t believe in fate or maybe I do, I really don’t know. I don’t know where I stand on the higher power either. What I do know is that I needed to hear a message in regards to forgiveness.

The pastor mentioned “forgiveness without measure” and “begins with the head before it makes its way to your heart.” In my personal experience, I have trouble believing in forgiving someone. That’s my hard shell exterior speaking, of course.

As the forgiveness sermon went on I felt my anger slowly letting up. Another point mentioned was how “bitterness will kill you.” This is something my mom has told me my entire life and it’s another thing I struggle with.

But I needed to hear that phrasing because when you’re so focused on being upset with somebody that your general work and daily life is affected something has to give, and that’s why I went to church with this person who is my friend or former friend or acquaintance. I still don’t know the exact label, but I hope friend is the fitting term.

Ever since I reached out to her a couple weeks ago apologizing I slowly feel a weight being lifted off of me. Hearing a message about forgiveness helped that weight as well.

Will I go to church again? I really don’t know. Like I said, I’m Jewish and that will never change.

What I do know was how fitting that message was for me. I hope to one day be at a place with this person where even if we aren’t friends we are friendly and even if we don’t actively spend time together that we at least can look back on everything and just be okay.

I challenge people to go out of their comfort zones and experience something new whether it’s going to church, synagogue or even a mosque. How else can we accept one another?