What I Found When I Went Looking For Myself
Odyssey

What I Found When I Went Looking For Myself

and yes, I was lonely looking for myself out there (it's a Train reference) 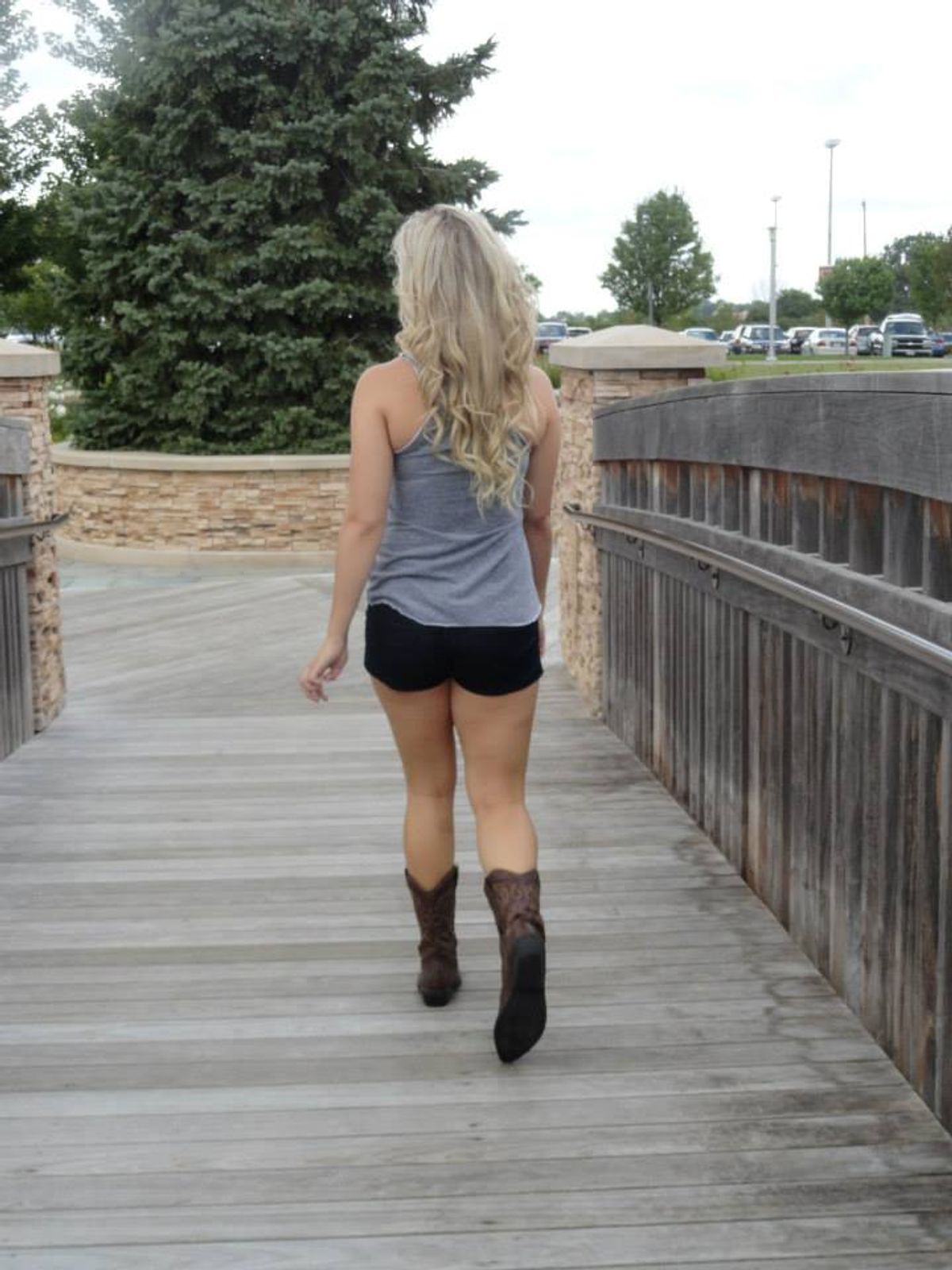 Growing up in an area such as Toledo, Ohio isn’t exactly glamorous. On an average day it’s gloomy and probably cold. There isn’t a lot to do and if you ask any normal Toledoan, they’ll say “it sucks”. So as a high school kid, my only thought was to leave. My plan was this: I was going to leave and find success and once I had it, I would share it with my loved ones and get them out of there too. I was in for a rude awakening.

First and foremost, I found my weaknesses. At 18, I thought that I was independent and strong. I thought I had my head on straight and I thought I was a “good girl”. I thought that the only person I needed was myself (and my mama and God, of course) and worst of all, I thought people could be replaced. In my head, I was going to move across the country for school and find amazing new friends and build a whole new life. God had a different plan.

So I moved across the country, and I found a few amazing friends. I started living my life the same way I would’ve back home- I got involved, took classes I loved, tried to throw in a little fun, all that jazz. I’m convinced that God is using these as my rebuilding years, and that’s okay with me. Between my mental and physical health, I’ve rarely been “healthy” during these years. But truthfully, I think that’s what I needed.

If anything, at 18, I wasn’t independent, I was stubborn. I didn’t want to admit that I needed others or their help. I wasn’t strong, I was finding excuses for my mistakes. I may have stayed out of trouble in general, but my head was not on straight by any means. I wasn’t nearly as appreciative and grateful as I should’ve been. There were so many times I could’ve chosen kindness and didn’t. I may have been a “good girl” by some standards but what does that matter when you lack sincerity? I know now that I need a lot more than just myself. I had a giant, loving, deep-rooted support system at home and losing that was detrimental. I know now that no one can be replaced. No two people will ever have the same impact on your life. Your pride is never worth losing someone you love. I desperately wish I would’ve known that.

I found my strengths. I wasn’t all terrible at 18. I was generally a nice kid, and I meant well. But over these last few years, I figured out that I’m a pretty good listener, if I would just shut up sometimes. I’m good at dealing with sad people. I learned that I can make almost anyone laugh and I give pretty good hugs. My loyalty runs deep and I can make anyone feel loved and included.

I found my rock bottom. I went through some things that most people wouldn’t be able to imagine. And then came rock bottom. I was a complete mess. Anytime I fell asleep, I would have a nightmare and an anxiety attack and be awake again. Self-medication was the only way I could stay asleep and sometimes that made the nightmares worse. I wouldn’t even call myself a functioning human at that point. I was drunk as often as I could be, just trying to dull the pain at least a little bit. I was sleeping in my living room to try and be close to other people. I hated being alone. No one really knew what was going on or how to talk to me about it. They were all probably expecting me to bring it up first and I didn’t want to lean on anyone (stubborn, you see?) so I said nothing and suffered in silence.

Until one night, my mama heard me crying and I finally broke down and told her. Not everything, but some of it. And for the next month, I slowly kicked my own ass. I did one thing every day that I knew would give me anxiety. My theory was that the more I did it, the less it would give me anxiety. And if I did every single thing over and over again, then my anxiety would have to go away. It wasn’t a great theory because anxiety doesn’t really work like that, but it did make me more productive than I would’ve been that summer. I took to prayer and a little therapy and before I knew it, it was a story of my past and no longer my present.

I found my new mold. Life after trauma is weird. You’re still you, but you’re a new you and not the old you. Imagine it like this: before, you were a caterpillar and now, you’re a butterfly. But everyone around you still sees you as a caterpillar and treats you as such. And you want to scream in their faces, “Look at my beautiful wings! Look how strong I am!” But they won’t understand, they’ll always see you as the caterpillar.

That might be a weak analogy, but it’s the best I’ve got. It’s frustrating at first. I wanted to explain to everyone that they needed to be sensitive with me because I was delicate at this point. But truthfully I couldn’t bear the conversation. That’s when I realized that it isn’t up to them to take care of me. I have to take care of me.

So I literally started to re-learn myself. I had to grasp new concepts and accept new quirks I had. I spent a lot of nights just thinking about why I did or said one little thing, because I wanted to understand myself again. I wanted to know who exactly I was, like I did a few years ago. And with time, I found it.

And now, I am independent, and I’ve accepted that asking for help isn’t a weakness. I am stronger than I ever knew, because I can admit when I’ve made a mistake. I am a lover, because everyone has something going on. I am a fighter, because I’ll always be protective of those I love and now I know how to protect myself. I am sensitive… so. so. sensitive, and that’s okay. Because my sensitivity allows me to feel things deeper than others might. I am tough, I know how to stand my ground. I am a peacemaker, I learned how to see both sides. I am a listener, because I never want someone to feel alone like I did. I am an observer, because if you blink you’ll miss it all.

Most importantly, I found my priorities. I found God and let me tell you, we are besties. I pray more than I speak (and for those of you who know me personally- you know how much that is). I’ve found comfort in praying for others, whether they know about it or not.

I have said from the beginning of time that my family and friends are my priorities but I don’t think I treated them like I should’ve. I want everyone to know how much I value them and appreciate them and love them, and I think I could do a lot better at that. From when I was born really, I’ve wanted to be okay by myself. I wanted to do everything by myself. So I think that having such deep love for people scared me… a lot. I desperately did not want to need anyone because I saw it as a weakness. But in reality, I do need them, and that’s okay. The real weakness is not being able to love to your full capacity.

Of course, I have plenty of priorities. School, football, working on this attitude, you name it. It’s just that now I’ve really realized how crucial it is to show love.

I’ve learned a million things these last few years. Everything I mentioned, and not running from my problems (this is still a work in progress), and how to face those who hurt me, and how to apologize. I learned that some people suck but that doesn’t mean you stop showing them love.

I won’t say that moving was a mistake. I’ve met some awesome people and I’ve had some crazy adventures. I have some pretty great stories to tell wherever I go and I’m so appreciative for that. I’m thankful for every piece of my experience, regardless of if it was positive or negative. Nonetheless, I’ll forever refer to it as “the most educational four years of my life”.