Love Isn't Just A Four Letter Word, So Why Do We Treat It Like It Is

Webster's may have a definition for love, but is that what we really mean when we say we love something? 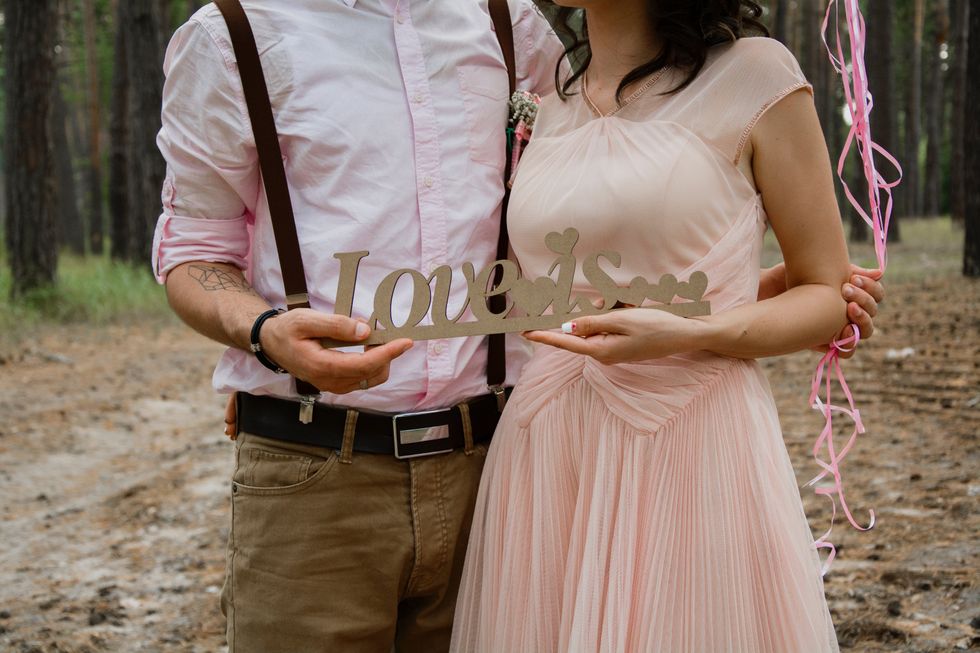 Photo by Elena Taranenko on Unsplash

Picture this: you're sitting around a table with your closest friends at your favorite restaurant.

Now imagine you just opened the most spectacular birthday gift you've ever received.

What's your initial response? For most of us we would immediately respond with a simple phrase, "I love it."

Are you starting to see where I'm going with this? I'm not trying to say it is entirely our faults that we flippantly use the word love to describe every elicitation of positive emotions we have. If I'm completely honest, it's more a product of the fact that the English language has a single word to try and encompass an extensive range of feelings.

In the English language, love is defined as an intense feeling of deep affection. That definition in and of itself leads to so much confusion over what each person defines as deep affection or an intense feelings. The inconsistency that arises with our definition of the word loves is the main reason we use it so commonly in our every day conversation. We forget that using a word so frequently causes it to lose its emphasis. Since we say that we love "Parks & Rec" or queso, we lose the intense feelings of what it means we we say God loves us or we love a significant other.

English is one of the few languages that only has one word to elicit the sentiment of "love." For instance, Spanish has two different words to try and differentiate between deep, intimate love and a more compassionate, friend level love. Having both "te quiero" and "te amo" allows for there to be a greater distinction between what someone means when they actually say they love someone.

But Spanish doesn't stop there, no they take it as far as having different terms to describe love for people and love for things. The verb "encantar" is used in reference to most things as a way of saying "I love that" or "I really, really like that." Since there is not only one single word that is used to portray their feelings for everyone and everything that they have deeper feelings for than just like people are able to create a greater understanding of feelings and what they actually mean.

If there was a language that has the description of what we in English describe as love figured out the best, it would have to be Greek. They have at least four words, if not more, that each apply to a different kind of love or a different person or thing that you dictate worthy of love.

What both Spanish and Greek, as well as problem hundreds of other languages, can teach us is that we've got to find a better way of describing the feelings we associate with the word love.

I don't know the perfect solution to this issue, honestly there may never be one. The main point I really want to get at is that we have to be more cognizant of how haphazardly we are using the word love and try to find better ways of describing how we are feeling. If we don't we will continue to lose the understanding of what it truly means to love someone and what that actually looks like. I mean, honestly how can we compare loving our favorite food to the love a parent has for a child? They will never be the same thing and by using the same word to describe those feelings we are essentially making them into the same thing. We've got to change our perspective on what the word love means to us and go from there, that's the only answer.