What Color Is Your Name?
Odyssey
CurrentlySwoonLifestyleHealth & WellnessStudent LifeContent InspirationEntertainmentPolitics and ActivismSportsAdulting
About usAdvertiseTermsPrivacyDMCAContact us
® 2023 ODYSSEY
Welcome back
Sign in to comment to your favorite stories, participate in your community and interact with your friends
or
LOG IN WITH FACEBOOK
No account? Create one
Start writing a post
Politics and Activism

What Color Is Your Name?

Seeing the world through the lens of synesthesia. 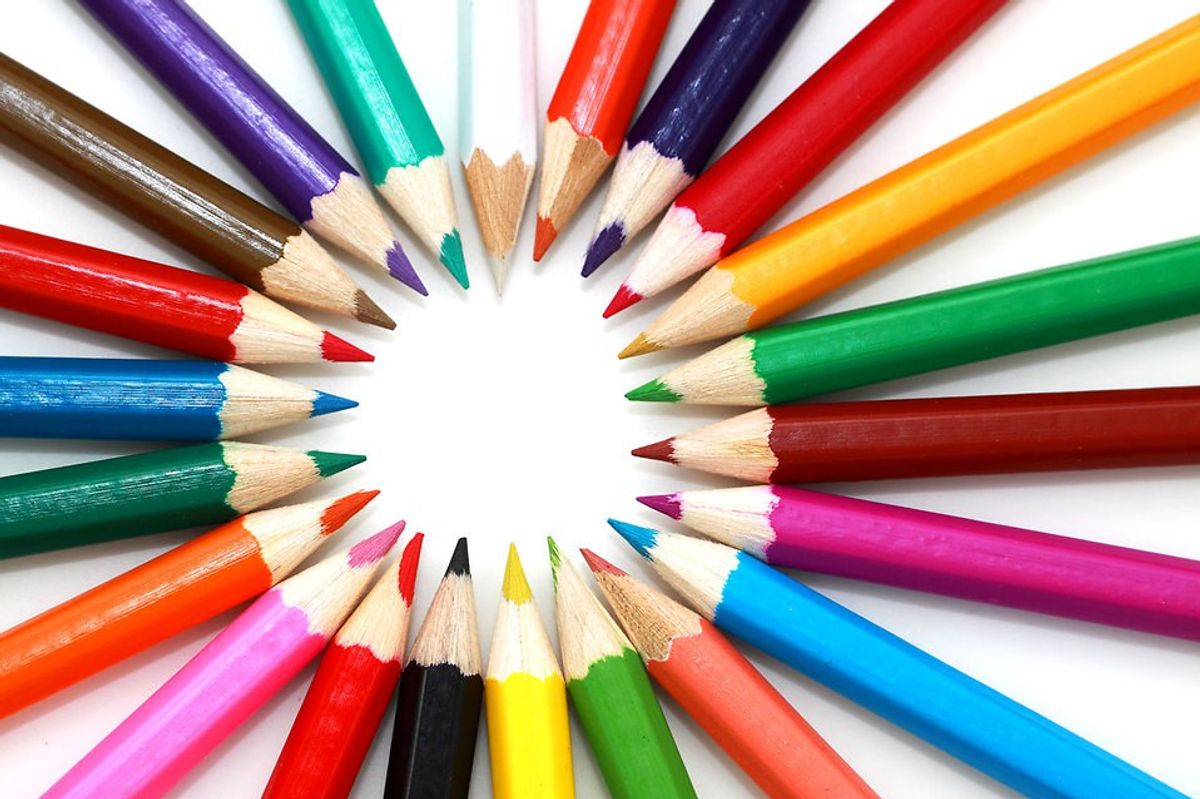 What is synesthesia? That question in itself is a multitude of colors, a prismatic complex, a painting. At least that’s how I see it in my head. Take the word “what” for example. The word begins in a slightly boring fashion with a gray W, is followed by an H the color of red wine, and finishes with a modest yellow A and light green T. And “what” is a relatively simple word color-wise. “Synesthesia” for example, forms an entire rainbow complete with red N’s, yellow A’s, green T’s and blue S’s. If you’re confused, allow me to explain. I have a condition called synesthesia, which causes me to envision certain symbols, such as letters, numbers, and days of the week in color in my head. For example, Saturday is a blue square with a swirl on top of it. My synesthesia does not extend as far as some however, as in certain cases it can cause people to associate tastes or smells with colors, or see color when they hear music. However, I will say that I often envision words, especially names, when I hear them, causing me to sometimes “hear color.” For example, when I hear the name Amanda I envision the word in my head, which causes me to see a lot of yellow (due to all of the A’s), hence Amanda is a yellow name. I have provided a complete list of my specific synesthesia letters at the bottom of the article for those of you who know me and would like to know what color I see your name as (I typically see names as the color of their first letter). I have seen the world this way for as long as I can remember, and the colors are always the same. For example, A is always yellow (feel free to reference what I said earlier in the article if you don’t believe me), B is always purple, C always orange, and so on. It’s the same with numbers. 1 is yellow, 2 is blue, 3 is green, you get the point. It has always just been an indisputable fact for me what colors certain numbers or letters are— A just is yellow, that’s all there is to it.

I’ve wondered, as you probably are wondering, how it started. My personal favorite theory is that the colored letters in the Boom Chicka Boom Boom children’s book somehow became engrained in my head as a toddler and have remained burned into my brain ever since. However, this theory is flawed, as the colors that I see do not align with the colors presented in Boom Chicka Boom Boom and it would not account for the numbers I see in color. Additionally, although my sister has the same form of synesthesia and read the same children’s book as a child, the colors she sees do not align with mine. My sister is not the only other member of my family who has synesthesia, my grandmother and cousin have it as well (it is clearly genetic).

I am not telling you this as a way to brag. I am very thankful for my “gift” (if you choose to think of it that way) and believe it to be something of value, however I also don’t think it’s something to flaunt around. Although it makes my world more colorful, other than helping me to remember information it is not particularly advantageous. That is perhaps why it has not been evolutionarily selected for (I think?). Therefore do not feel bad if you don’t have it. Merely appreciate the fact that it is an alternative way to view the world.