What Andy, From 'Toy Story,' Taught Me
Odyssey

What Andy, From 'Toy Story,' Taught Me 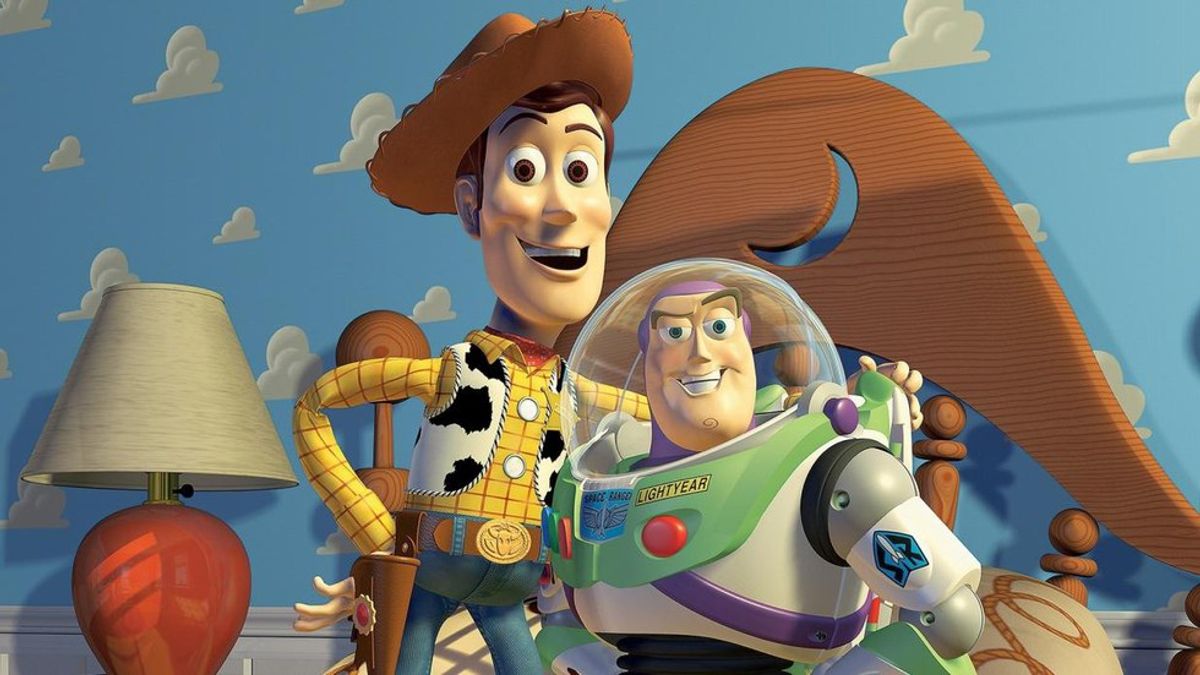 We’ve all had a moment similar to Andy from Toys Story.

Something very important that the Toy Story series taught me is that a friendship doesn’t just have to be between two living individuals. Andy grew up with a solid group of friends, not toys, and as the series moves forward the group got larger. Woody, Buzz Lightyear, Jessie, Hamm the Piggy Bank, Rex, Slinky Dog, Mr. Potato Head, Mrs. Potato Head, Bullseye, Toy Aliens/ Little Green Men, Barbie, Sarge and the bucket Soliders, Bo Beep, RC, Wheezy and Etch are the ones that made up the majority of the group. The reason I say these are not just toys but rather a representation of friendship is because Andy treated them as real people, at one point or another. He took them everywhere he could and did just about everything with them.

Let’s look back at the moment when Andy let go of Buzz, Woody and the whole squad at the end of Toys Story 3.

Andy was on his way to the next chapter in his life, that being college, and he made the decision to give his friends to someone else who could benefit from them the same way he benefited. While it wasn’t something he may have planned or wanted to do, he knew that it was the best decision to let them go, in some way he was ready for what was to come. Andy left his friends in the hands of young girl with an imagination that resembled that which Andy had while growing up.

I’ve had to let go of a few friends in my life and it was one of the toughest things I’ve had to do. A few have been because of reasons that were out of either of our control, some have been because we mutually agreed to go our own way, some I’ve had a bad fallout with but regardless of why a separation happened, all have still had the same outcome. Having someone be your friend means that you both have reached a level in your relationship where you’re comfortable around one another, possibly to the point where you can share anything with that person. You can go to them for comfort and for advice or have them be your listening ear when you need to get something off your mind.

As time passes you get better at accepting that fact that a separation happened and that life goes on. You get better at going about your daily life and adjust to new things that gets thrown your way. You get better at making new friends and stepping out of your comfort zone once again… that is until you see your old friend.

In the time of healing you try and do everything possible to forget about your once best friend, but the moments shared, the memories and the conversations shared never go away. NEVER. You can attempt to erase your memory and pretend like events never happened but the moment you see a photo of your old friend, or an object that has a tie to a past friendship, an emotional rollercoaster leaves the station.

While Andy is an animated individual and there is no real way of seeing how his life continued after he said goodbye to his childhood friends we have the series to know that Andy grew from the first day he had Woody to the last day he had him. Inside the car his face was of acceptance but he couldn’t help but feel some sadness, as he was getting ready to drive away. The one feeling that may not have been as obvious is that of hope. Andy was hopeful that his friends would benefit their new owner and that in the end everything would work out.

That’s the way that life seems to go. In the very moment of saying goodbye no one is ever truly happy about doing it. Emotions are being hidden and you try and put on the best serious face you can possibly produce. You don’t really anticipate for the future or if you’ll ever rebuild a friendship with one another somewhere down the road. With all of this happening and many thoughts going through your head, you still wish them the best because in the end, the memories of you two never go away.

To those who I’ve let go and those who have let go of me during one point or another, I want to end this by quoting Andy:

Glorie Martinez
5837
Why I Write On Odyssey