What About a Bagel?

What About a Bagel?

Bagel is more than what you think. 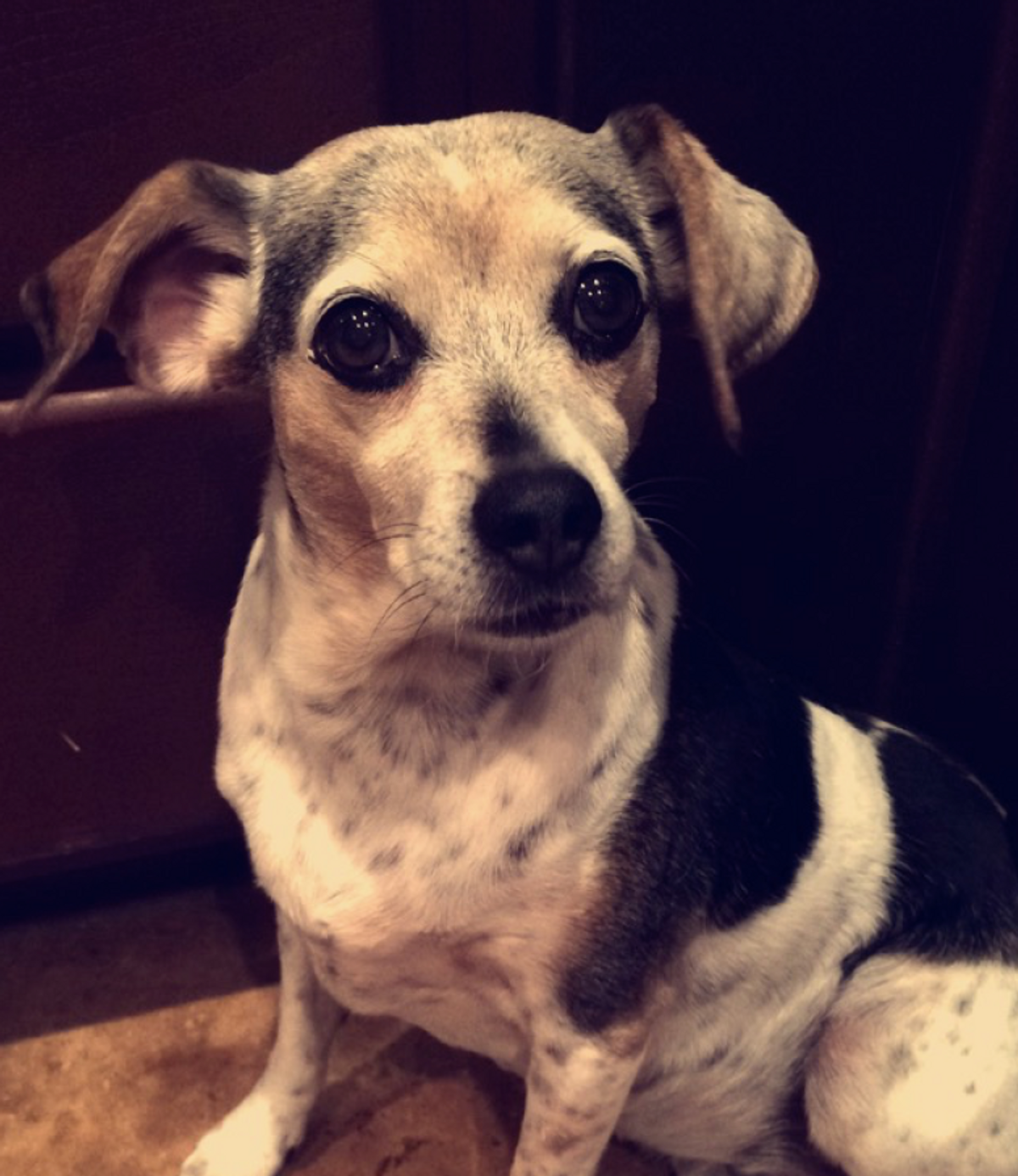 I think that is what I am going to call you. No. Let me try again.

Nah, you don't look like a dried up grape or anything along those lines.

Curly tailed, spotted love nugget. Close, but I think that will be difficult to repeat on a regular basis.

Nah, too generic. Well, how about we just go with...

"Yes. That is what I will call you," said the older version of myself ten-years ago. Your name will be Bagel because when you sleep you curl up into a ball. Because you have the polka dots all over you to look like an everything bagel. And because I was really hungry during the moment I named you and I only had food on my mind.

When you are Jewish and you are going to raise a dog, there isn't a better name to call your dog than after a favorite deli order, right? (yes, I am emphasizing this stereotype).

She would bark when a stranger came by and tried to pet her floppy ears. 15-pounds of furry and she was trying to act mean and scary.

She would curl up on top of your head as you were sleeping in your bed (maybe she thought she was a hat).

She would chase lizards like there was no tomorrow.

She was a model.

"See me on the big screen boys."

When you would cry, she would lick off the tears on your face.

Maybe she did this out of affection or maybe she was thirsty. You never knew what was exactly going on in her mind.

When you were tired, she was tired.

She would lay behind your back on the couch to keep your back warm.

When you wanted to run, she would run...

And beat you as if it was a race. Dogs vs. Humans. (I am pretty sure the dogs would win.)

When you wanted to play, she wanted you to play.

Play, play and lots of play. Whether it was a game of catch a squeaky toy or run around in circles, she encouraged you to stay active.

And as of today, she is gone.

Gone up, up, and up to a better place. Where there are millions of lizards to chase and kanine crunchies for days.

If you have lost a dog, always know that they taught you a valuable lesson. Maybe they taught you to be sympathetic for your peers. Perhaps they encouraged you to be more active or spend time with the people you love. Whatever it is, remember your doggy friend. Hold onto the memories you shared with them. And don't forget to chase your tail because you never know what will surprise you.