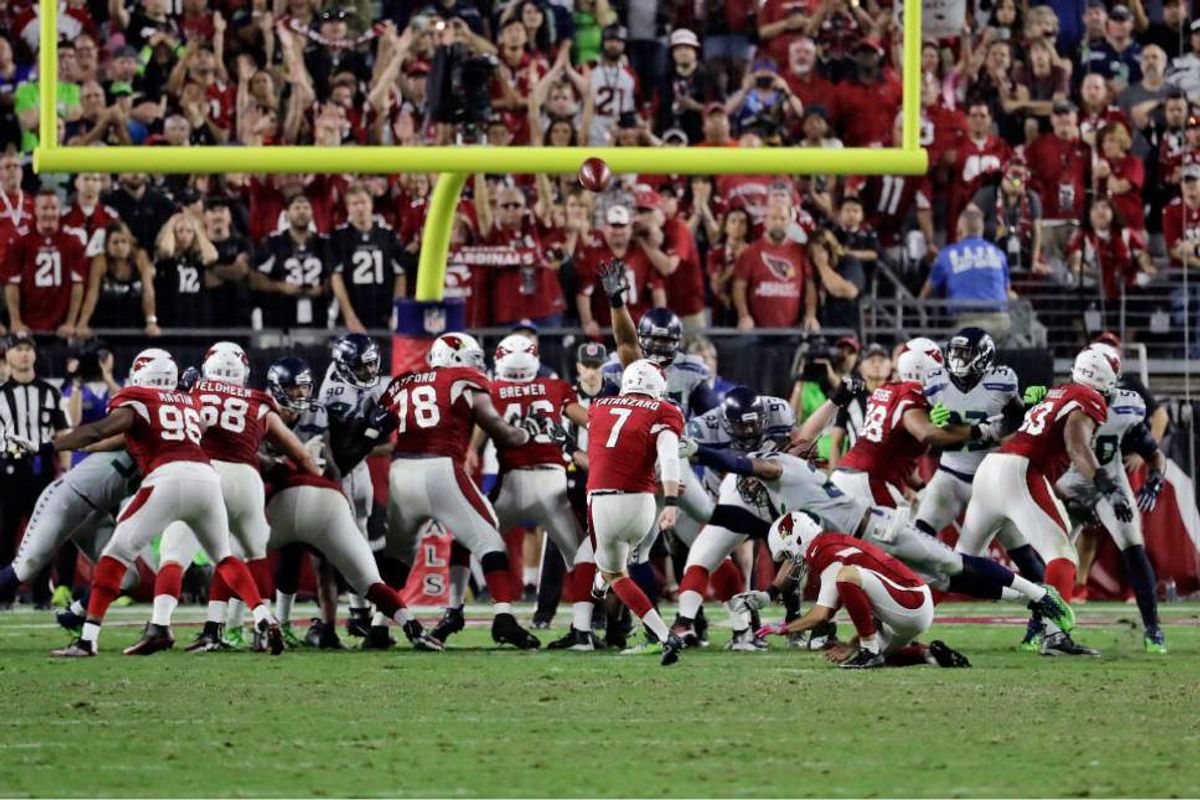 Am I the only one extremely frustrated and intrigued by this year's NFL season. I truly don't know who's Super Bowl worthy and who isn't. Unlike other years where a group of teams pulls away headed into the second half of the season, no one team has seemed to do that to this point. Honestly, I had a list of nine teams that I thought were worthy of being in this top five. After some thinking and deliberation, here are my power rankings this week.

The Cowboys were off this Sunday, but we're no closer to finding out whether this Dak Prescott thing is permanent or temporary. Nevertheless, I am at a point that I never thought I would be at. Headed into the second half of the season, I think two of the best three teams in league are in the NFC and I think the NFC East is the best division. More specifically, I think the Cowboys are the best team in the league this week. Despite not playing this week, I moved them up a few spots because of the Vikings loss and my refusal to believe the Patriots are all that good this year. In addition, they have the league's leading rusher, they're third in the league on 3rd down conversions and 2nd in the league in passing completion percentage. However, their defense, like the Patriots, is suspect. On the defensive side of the ball, their 27th in opposing QB completion percentage and 21st in passing yards allowed per game. Luckily, the rest of their division, aside from Washington, has average passing offenses. Still, that defense can come back to haunt them if their offense does not stay healthy.

The New England Patriots are the most interesting story in the NFL to me at this point in the season. The reason for them being so interesting is they are 6-1, while only beating two teams with a winning record. One of those teams was led by Brock Osweiler and the other was led by Landry Jones. I don't blame Tom Brady and Bill Belichick for this, but I am also not impressed by it. My skepticism doesn't come from Tom Brady's side of the ball, but rather the side of the ball that doesn't seem to get much attention, the defense. The Patriots are 18th in total defense and 21st on the 3rd down conversions. This is all while facing the likes of Charlie Whitehurst, Brock Osweiler, Ryan Tannehill, Landry Jones, Andy Dalton and Tyrod Taylor, who handed the Patriots their only loss this season. Luckily, the Patriots only have to play Tyrod Taylor one more time and the only elite quarterback they will play for the rest of the regular season is Russell Wilson.

The Eagles pulled off the upset by defeating the then undefeated Vikings at home on Sunday. Best of all, they avoided falling two games behind the Cowboys and have a chance to take the division lead on Sunday when they travel to Dallas. The one major question that remains for this team is whether Carson Wentz can be consistent. Will his performance against Detroit be an outlier or something you have to worry about week to week. We'll find out on Sunday because if you can't play well against the Cowboys defense, I don't know what to tell you. Also, those fans up in Philadelphia don't like losing at Dallas too often.

This Week: At The Dallas Cowboys, 8:30 p.m. (Sunday Night Football)

Despite the Vikings falling for the first time this season, they are still a playoff team that will more than likely win their division and get a bye. The only thing stopping them is their quarterback play. The Vikings are last in total offense and 27th in passing, but 13th in total QBR and in the top ten in the league on 3rd down. As long as the Vikings continue to hide Sam Bradford's weaknesses, they should be fine until the postseason.

I seriously considered not putting them in the top five after making me sit through that television program that appeared to be a game of football last night. I want my time back. I want my mental energy back. I want all of it back. I demand a refund and I didn't even pay to go watch that live. All of those fans should get a piece of Russell Wilson's next contract. Nevertheless, the defense held up on its end. Hopefully, Russell Wilson can be a little bit more productive this Sunday against the turnstyle that is the New Orleans defensive unit.