We Try So Hard To Fit In
Odyssey

We Try So Damn Hard Because We're Told We Should, But It's Not The End Of The World If We Don't

Just some of my late-night, post-shower thoughts. 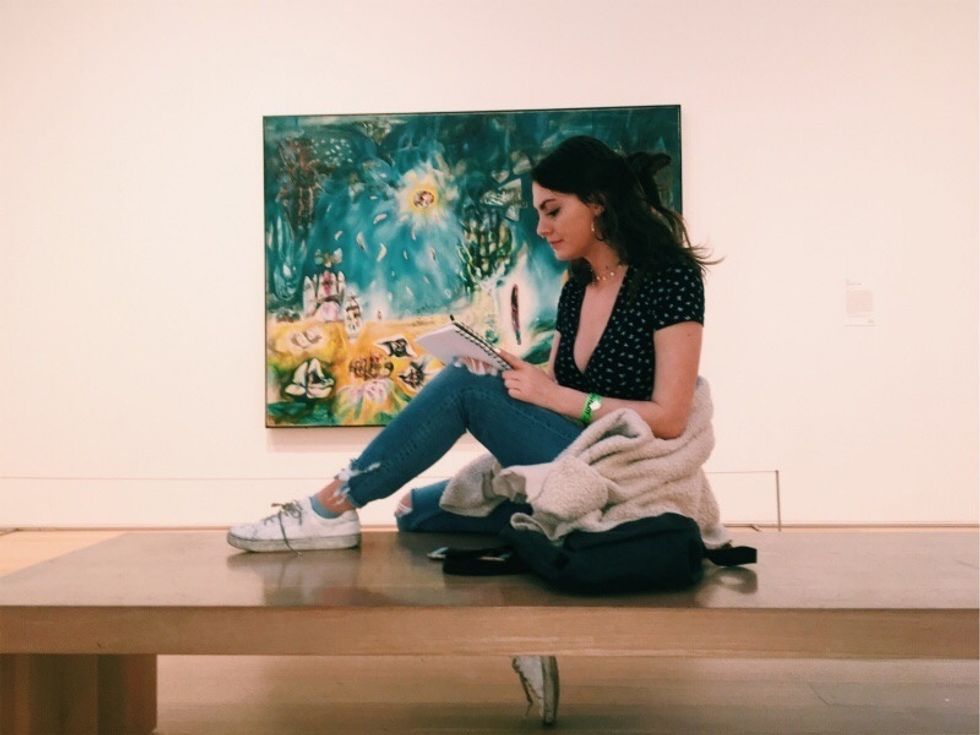 I've come to the conclusion that as long as you don't stop and think about things too often, you'll be good. Like when you're walking down the street and you realize you really haven't been noticing anything the whole walk, and you wonder if this is how you and everyone around you lives, just not noticing and not noticing until something becomes important enough to stop and look at.

And I know this because I want to be that thing — that thing that makes ordinary people stop cold in their tracks. I wish I was unforgettable like that, like the girl that walks slow-motion down the hallway, the girl that Jim Carey erases from his memory in the movies, the hourglass-shaped girl with lung cancer that John Green's geeky pubescent main character is always bonkers about. And if you say you don't too, you're straight-up lying because isn't that why me, and you, and everyone puts so much effort into being different?

But it's funny because maybe we are so focused on being unforgettable that we go our whole lives without truly getting to know ourselves.

I'm sitting here and I just showered and I'm writing this because these words have just popped up in my head, and my hair is basically dripping un-rinsed Garnier onto my laptop keys but I want to get all of this out and I want this to be the rawest, the most real, the most uncomfortable thing I've written for you so far.

Alright, for example, get this. As previously mentioned, I just took a shower. Full routine: moisturizing, shaving, exfoliating, perfuming, argan-oil-ing (?). And in the middle of this Bath And Body Works advertisement that is apparently my life, I grab my towel and run to my laptop, because I have the best epiphany that an 18-year-old that can't do calculus could probably have: and that is, why do I try so damn hard?

Is the frat boy that invites me over twice a week to "chill" going to lie awake at night thinking, "Wow that girl really knows how to exfoliate her skin!" Nope.

Am I going to get stopped at the airport by a modeling agent, and become America's next best elbow model because I used Lush body scrub? Hell no.

Am I going to save the un-moisturized children in Ecuador, one bottle of Jergens at a time? *Simon Cowell voice* It's a no from me

I think we spend a good deal of our lives "creating ourselves." We get tattoos and piercings, we take a layover in Iceland and make sure everyone from home is there to see it through the lens of our iPhones. We read pretentiously written books that secretly we hate in order to sound smart at parties. We pretend to hate pop music and chocolate cake. We listen to NPR for the sole purpose of finally having something interesting to talk about. For crying out loud, some of us have even convinced ourselves into thinking we like La Croix, the literal fedora of the beverage world.

I don't care how much of a badass you are (or pretend to be, at least). Because at the end of the day, we are all scared of the same silly thing, and that is being insignificant. Because we measure our worth by how much space we are able to take up in the lives of others.

We drive ourselves to the brink of insanity based on how many people dedicate .03 seconds out of their days to admire our Instagram photos. We pick our significant others based on their ability to make us feel good. We want so much to be lovable, to be admired, to be different and somehow better than everyone else — and there isn't a single person who doesn't fall into this. We live off of it, we thrive off of it, we feed off of it like creepy little crawdads at the bottom of the sea.

And usually, this is the part of the article where I'm supposed to give you some profound answer that makes you feel a little bit better about the way you live your life.

I could do that for you — I could whip up some crap about how you actually aren't selfish or narcissistic and the whole world doesn't actually revolve around the absolute wrong things, but I don't know if I could believe that myself. So I'm not going to.

I hate to break it to you, but I myself am not truly sure what to make of this realization, other than the fact that most of us need to re-think our priorities.

But anyways, I should probably go back to my shower — I'm not done exfoliating.