We No Longer Need To Expend Tremendous Energy Searching For Happiness And Meaning. The Work Is Finished.

We No Longer Need To Expend Tremendous Energy Searching For Happiness And Meaning. The Work Is Finished. 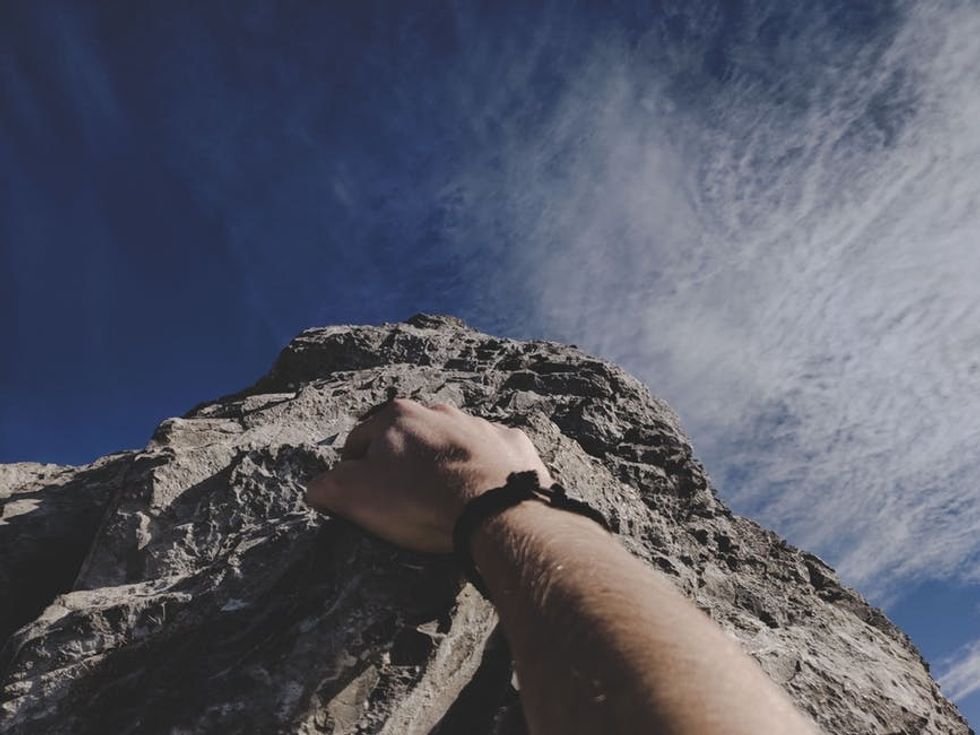 "You will never be happy if you continue to search for what happiness consists of," Albert Camus once said. "You will never live if you are looking for the meaning of life."

The happiness paradox goes, to my understanding, as the following: the more we chase happiness, the less we attain it. I have certainly experienced this in my own life, as the best things that happen tend to be accidents, and it is when I stop searching for control and just surrender that I find joy. Yes, life is one of many paradoxes and contradictions, but it is those paradoxes that make life beautiful.

And so Camus teaches us that we will never be happy if we search for happiness, that we will never live if we are searching for the meaning of life. The crux of Camus's message is that we have to stop searching to be free, to live absurdly and not see it as a bad thing. We press forward, letting life come to us instead of having to go looking for meaning and happiness. We don't need to invent, we need to receive.

I once read an essay by Camus, "The Myth of Sisyphus," detailing how Sisyphus in Greek mythology was condemned for eternity to the underworld for trying to wrestle with the Gods, particularly Hermes, stealing their secrets and breaking all the rules, the biggest of which was forcing his wife back from the underworld. At one point, when he was being sent to Hades by Thanatos (Death), he wrestles and overcomes Thanatos and chains him. Sisyphus, to Camus, was the "absurd hero," in his passions as well as his torture. "His scorn of the gods, his hatred of death, and his passion for life won him that unspeakable penalty in which the whole being is exerted toward accomplishing nothing."

And there was a time that exerting a whole lot of effort to accomplish nothing used to scare me. It seemed like a form of punishment and condemnation. But I wrote once that even though he was forced to push a rock up a mountain every single day, with seemingly no progress, it was likely a different rock with a different texture, and each journey was significantly different. Now the absurd exertion of effort for no progress doesn't scare me, because in the words of Camus, "the struggle itself…is enough to fill a man's heart. One must imagine Sisyphus to be happy."

It is cliche to urge us to simply embrace the journey without the destination, and to see the struggle and not the reward as the end-all-be-all. As much as we strive for this ideal of "one day at a time" over and over, we fall short all too often. There has been three years since I wrote on "The Myth of Sisyphus" and saw it as transformative of my life's perspective, but in that time I did find God. I did convert to Christianity because God found me, but that has not made my life any less absurd.

It is not heretical to say this: but Camus and Christianity intertwine deeply. The life of faith is a constant struggle, the absurd life with progress that we cannot see. The work of sanctification, becoming more like Christ, is one that will always seem like it lacks meaning and purpose because we will always keep failing and be abound in sin, even when we don't try. Christianity gives us freedom through the absurd life, and that freedom, with Camus's ideal, is the absurd life on steroids, because in Christ we no longer need to search for happiness, meaning, or purpose. We already have it and have received the verdict that Jesus Christ died for us and solved the purpose and meaning for us, and now we proceed in absurdity without that underlying uncertainty and anxiety in our purpose. No, we proceed with the knowledge that we can put one foot forward into the unknown, knowing God planned it for us that way.

Sisyphus wrestled with God and ended up condemned with the underworld. In Greek mythology, his love for life and wrestling of death make him, probably, the closest Greek figure in mythology to Christ. Sisyphus conquered death, but only temporarily, and he became content in his position of condemnation. But Christ went a step beyond that, conquering death forever.

Jacob wrestled with God in Genesis 32, and won, seeing Penuel, the face of God, and lived. We will never be Christ, as much as we have become like them, but I also look to Jacob, who struggled with God in his search for meaning, and won. And he won, but he was left permanently a socket in his hip put out of place, with a permanent limp. We, too, when we wrestle with God, cannot win without major debilitating consequence, like Jacob's limp.

So let us look to Jesus as the man who overcame where both Sisyphus and Jacob failed, who defeated death and sin, who was God and let men wrestle him to death, and still chose to be our armor and salvation at his own expense. We now live in the post-postmodern world where we don't need to keep wrestling, reaching, and searching, but receiving. Sisyphus loved life so much he put death in chains, but he only did so temporarily. Jesus finished the job and put death in chains forever. Some people expend tremendous energy merely to be normal, like Sisyphus did on a daily basis. But Jesus tells us we don't need to be normal, because the work is done.