We Can Grieve, We Can Unite, But We Must Act
Odyssey
CurrentlySwoonLifestyleHealth & WellnessStudent LifeContent InspirationEntertainmentPolitics and ActivismSportsAdulting
About usAdvertiseTermsPrivacyDMCAContact us
® 2023 ODYSSEY
Welcome back
Sign in to comment to your favorite stories, participate in your community and interact with your friends
or
LOG IN WITH FACEBOOK
No account? Create one
Start writing a post
Politics

We Can Grieve, We Can Unite, But We Must Act 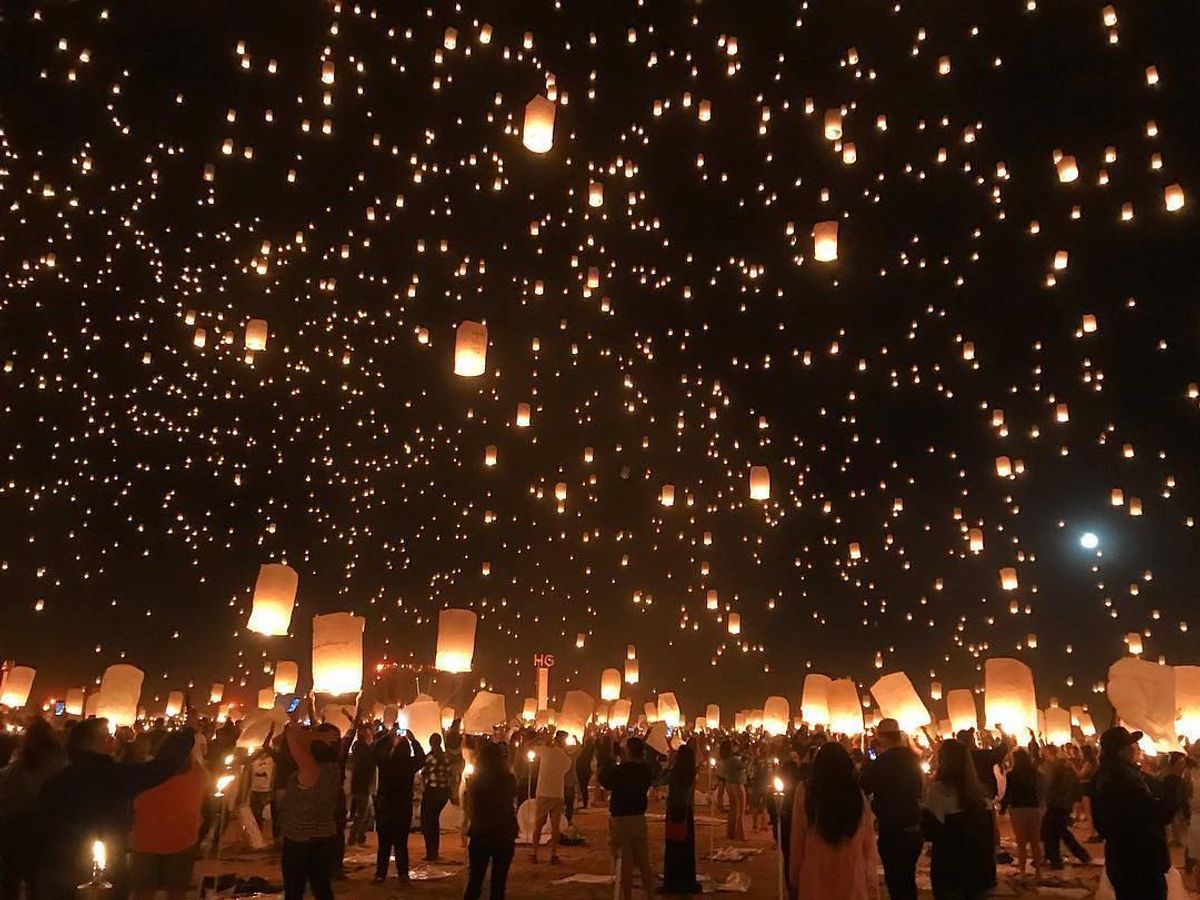 “A well regulated Militia, being necessary to the security of a free State, the right of the people to keep and bear Arms, shall not be infringed."

The right of the people to keep and bear arms. A right that has been ratified since 1791.

A right that men had in 1791 to shoot a rifle capable of firing two or three bullets per minute out to a range of 300 yards, or a field gun that could fire around 1500 yards; maybe shooting one bullet every two minutes. Two minutes. The same amount of time it takes for me to microwave a bag of popcorn.

But on Sunday, I could have microwaved a bag of popcorn in the amount of time that Stephen Paddock killed dozens of people.

The right to bear arms is a right that we still possess today. A right that goes without saying that it is no longer a right, but an abused practice. A practice that allows sick Americans to legally purchase assault rifles. Rifles that aren't just single shot, but contain bullets that can shoot through five individuals. Innocent individuals who know nothing but to live their lives the best way they can. To go to a country concert, dance at a nightclub, attend class or go to the movies. Everyday activities that we all perform on a regular basis.

And then, due to this rifle's automatic features usually accessorized by add-ons bought for roughly $50 on the internet, in just a matter of seven or eight minutes, five people per one bullet now turns into over 500 wounded, and 58 families grieving the loss of a loved one. And 49 people dead that were simply trying to enjoy a night out at the club with friends in 2016. And 20 families unable to watch their young children grow beyond elementary school in 2012. And 33 people not able to go about their daily routine on Virginia Tech's campus in 2007.

When does it stop?

We can grieve the loss of loved ones and pray for the families. We can “unite" as a nation for the several weeks "Vegas Shooting" will be headlines in newspapers. But we will still live on the edge of our seats in fear of doing daily activities, attending concerts, going to the mall and walking around campus. All things we should feel secure in doing, but in reality, these everyday activities can turn into a war zone in a matter of moments.

Who will it happen to next?

To those who argue that the socio-pathological and the mentally ill will still find a way to purchase such assault rifles in an illegal manner, here's my rebuttal: yes, maybe we shouldn't rule out the fact that such individuals will need to purchase their rifles illegally. Yet in today's society, we allow the process to be just too easy. Quite frankly, it may be harder to steal candy from a baby than to purchase an assault rifle. Current laws on gun control are suggest we might as well legalize heroin because the heroin addicts will still find a way to purchase it and overdose regardless of the law.

Don't get me wrong, I stand by protecting the second amendment. I understand having a handgun, or some form of a rifle for self-protection purposes or hunting for sport. But if you think a pistol will “self-defend" anyone from someone with an assault rifle raining down bullets from the 32nd floor of a hotel room you're plain wrong.

Current laws on gun control, or lack thereos, keep people from the right to simply live their lives. People like concert attendees. Club-goers. Students. Paramedics. Police Officers. Sons. Daughters. Husbands. Wives. Moms. Dads. Children. Innocent people. Innocent people all stripped of their right to breathe the air we breathe. And it's not because of anything other than one simple concept - a concept the NRA thinks is our God-given right - the legality of purchasing an assault rifle.

The fact of the matter is, mass shootings in America are happening in a vicious cycle no stopping point. “The deadliest mass shooting in modern US history," will keep making headlines until we act. So no, we shouldn't just grieve for the families and the ones who died on October 1st. It's about damn time we do at least something about it. And if 58 innocent deaths out of cold blood aren't enough of a wake-up call to America, well I just don't know what is.

“The right of people to bear arms shall not be infringed." On October 1st, one man, Stephen Paddock, was practicing his rights to bear rifles— and plenty of them for that matter. But what about the right of those 58 other people to just live their lives? What about that right? Rights that 58 people will never get back, all due to the second amendment argument that allowed a man to legally buy assault rifles.

Nicole Marie Nigro
Individual Creator
275
c1.staticflickr.com
Where to start...... Let me start with the cliche that life throws us curveballs and what we do with it is what counts.