Why I Will Never Walk Around Campus With Headphones In
Odyssey

Why I Will Never Walk Around Campus With Headphones In 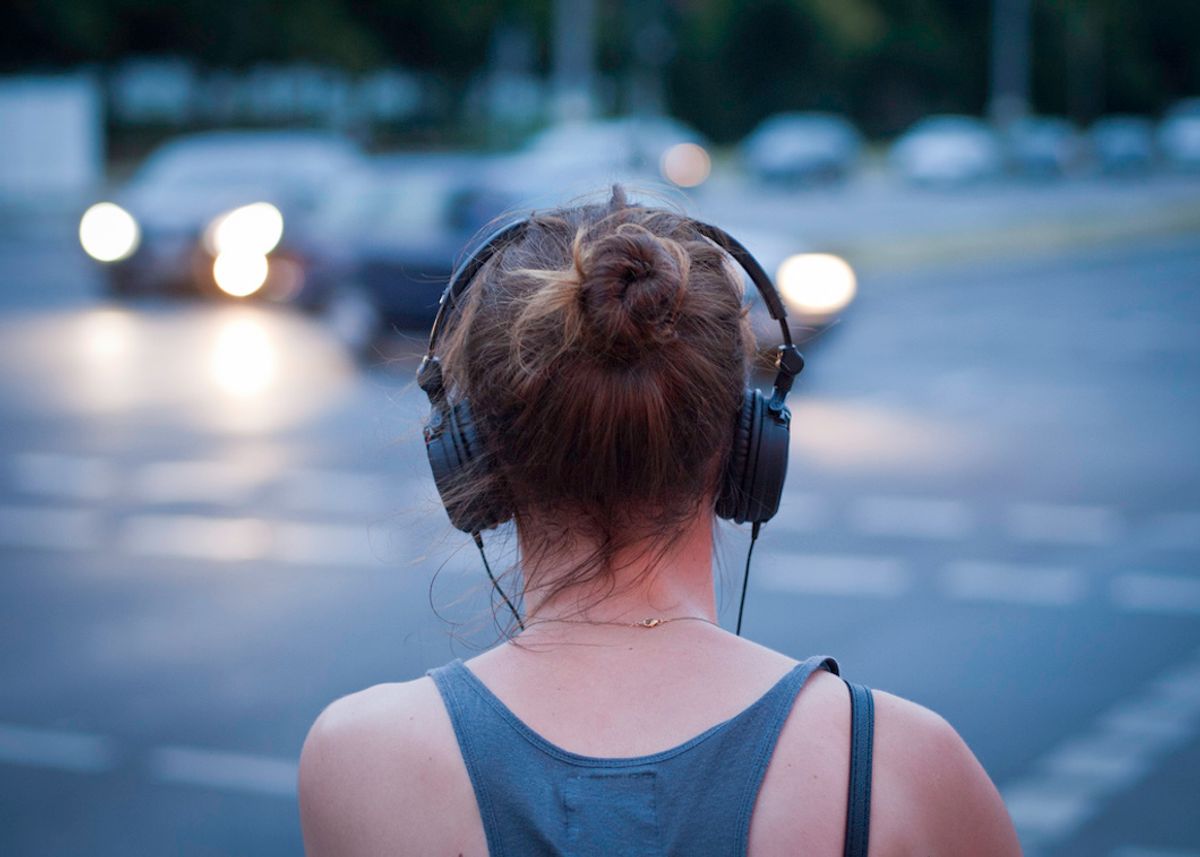 I've been at Michigan State for almost two months now and one of the biggest differences I have found walking around is that everyone is in their own little world.

This isn't to say that we aren't always in our own world, but there are some differences between existing as an individual person and purposely distancing yourself from other forms of interaction with others. I haven't ever seen so many people with headphones in on their way to and from class. Why is it that there is such a noticeable difference between people at schools where the most noticeable difference is size?

I don't understand why people feel the need to constantly be listening to something. There are some people who need the stimulation, some sort of background noise so that they can focus on the task at hand, however there are so many things to notice while you're on a campus as large as MSU. With your headphones in, all you can observe is the noise directly in your ear and maybe of the car honking at the student who decided to cross the road at the wrong time. You don't hear all of the other noises, the rain, birds, wind, trees moving, footsteps, bike chains clicking, gears turning, the thump of skateboards going over each crack in the sidewalk, and more. If I were to walk around with my headphones in all the time I wouldn't be able to tell you that the crosswalks tell you when you are allowed to go. I wouldn't notice that the people walking behind me were speaking in a different language.

Coming from a smaller college, saying hello to three people on the way to class is normal and if you don't see at least five people you know, it feels strange. You didn't hear people speaking Chinese or Spanish on the way to class unless they had an exam.

At Aquinas people didn't wear headphones, and if they did it was odd to me. They came across as antisocial and distant, which went completely against the small schools unwritten rules. I think this is an interesting phenomenon. Socialization is an important part of life, it is how you make connections with people. With headphones in you are much more unapproachable and therefore cut off any opportunity there is to build relationships with those around you.

I suppose since the campus is larger, you have more time between classes and if you are walking alone, it is more fun to have something familiar in your ear. I equate it to singing to yourself when you're walking late at night. Somehow hearing a happy tune lessens the fear that someone or something is going to jump out from behind a tree at you.

I tried to walk around with headphones in one time, just to see what it was like. On this ten minute walk I saw one person I knew which made me frantically try to take the earbuds out so I could hear them as I went across the road, and after that two second conversation, I found that I kept looking over my shoulder because I couldn't hear the bikers or skateboarders coming up behind me. I felt like my music was too much for , and this little bubble cut me off from the world. To say the least, it was not a good experience.

Having music is great, you can get in touch with another element of culture, but when you ignore the human part of it you run the risk of missing out on developing in that regard. In my car, the radio is usually alway on. I like to listen to the different songs and genres. Going between stations you can see how wide the variety of music is. Similarly, just by tuning in to the world and people around you, you can embrace the differences between each individual that makes up the community.

I don't have anything against other people listening to their music on the way to class, it just isn't for me. I would rather be watching my surroundings and taking the time to get to know the people in the area. I believe that having a divider between myself and those around me steals the opportunity to connect and those are moments you can't get back.