Volunteering at the Out of the Darkness Walk

After volunteering at this walk I helped raise awareness about suicide, anxiety, and depression while working with and helping some amazing individuals. 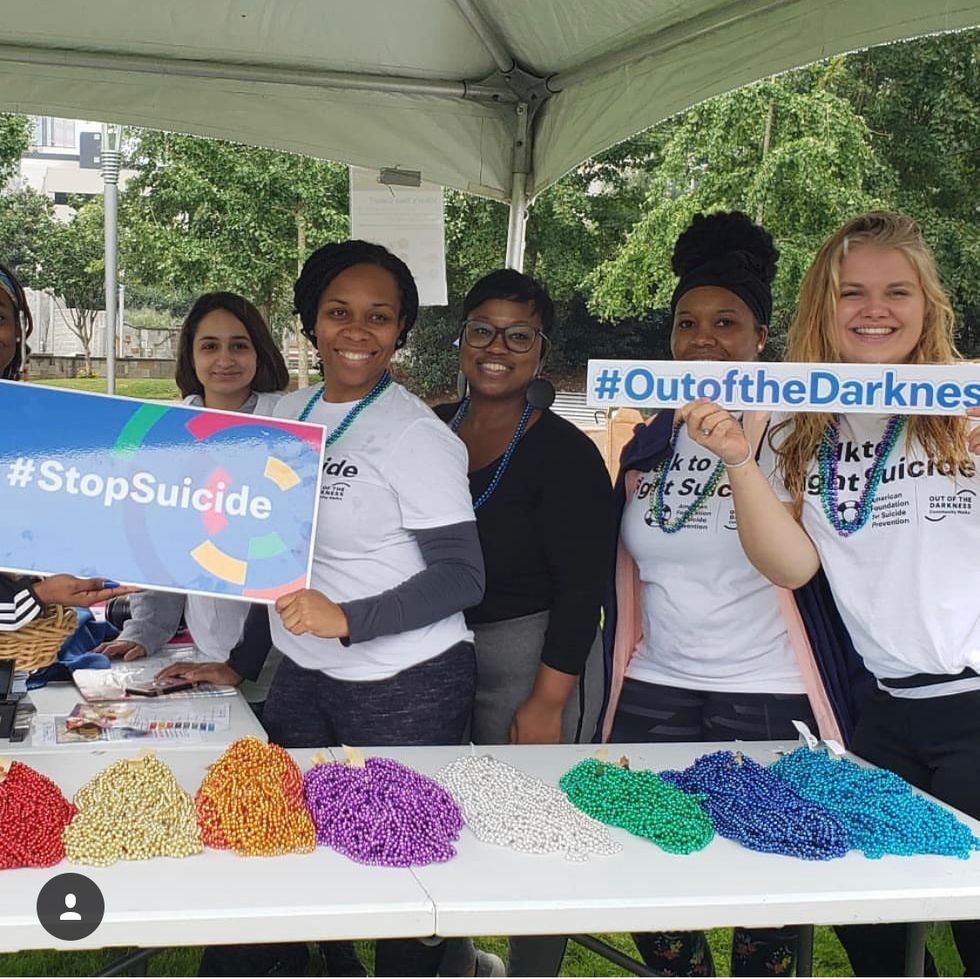 I have volunteered various times but nothing compared to when I helped out at the Out of the Darkness Walk at Romare Bearden Park in uptown Charlotte. The event was focused on raising awareness for those who had lost their lives to suicide and to help those who are still struggling. The people I met, the conversations we had, and the awareness and support that surrounded everyone there was truly inspiring.

The walk contained many different booths, such as a DJ blaring music, people there for emotional support, a memory wall where people could hang up pictures of those they lost, and my booth which was handing out different colored beaded necklaces.

The necklace booth was where I wanted to work because we placed the beads on people based on their connection to suicide. The white beads were for the loss of a child, the green represented your personal struggle, the blue symbolized the overall support for those who have passed or are still struggling with it, and so on. The beads helped us all be connected to one another and have empathy for those who are going through a similar situation.

At times when I would come to place the beads around the necks of those who had lost someone close to them, their eyes would begin to well up in tears and they would try to hide them, embarrassed that they were about to lose it in front of a complete stranger.

Being the supportive person I am, I would give them a hug and reassure them that all was going to be okay.

Doing this job was sometimes difficult because knowing people personally who struggle with depression and suicide really puts the whole situation into perspective. Especially when I looked at the memory wall because it made the idea of suicide all too real. It really made me sit back and think wow these are real situations with real people who had to fight depression, anxiety, and suicidal thoughts every day.

The people that ran my booth with me made the experience even more enjoyable. Everyone had a different story and they all were open to share and listen to others. While waiting for the event to start, we had a very deep conversation about suicide and how much of a public issue it has become recently.

One of the women spoke about how we must all stick together and look out for one another especially in times of stress.

I was nervous to have this type of conversation at first because suicide and depression can be very touchy subjects and some might be more sensitive than others. But after getting involved in the discussion and listening to people's personal stories, I realized I could relate to them much more than expected.

One younger girl was doing a project for her senior year on suicide prevention and talked to us each individually, asking for our opinions. It felt good that she wanted to hear my take on suicide and what needed to be done to resolve the issue.

At the end of the event, we all watched with tears in our eyes as hundreds of people began to walk hand in hand on the streets of uptown Charlotte. It was a very emotional moment for all of us because after having our talk about working together to fix this huge issue.

We were able to see the start of change with our very own eyes.

I am beyond grateful that I had the opportunity of volunteering at the Out of the Darkness walk in Charlotte North Carolina. The people I met and stories I heard will be unforgettable, but my outlook on suicide and the reality of it has been changed forever. Next year I plan on walking to support my friends, family, and anyone else who is still struggling with suicide, depression, or anxiety.