Why You Should Visit Wyoming

Why You Should Visit Wyoming

Make Wyoming your next destination. 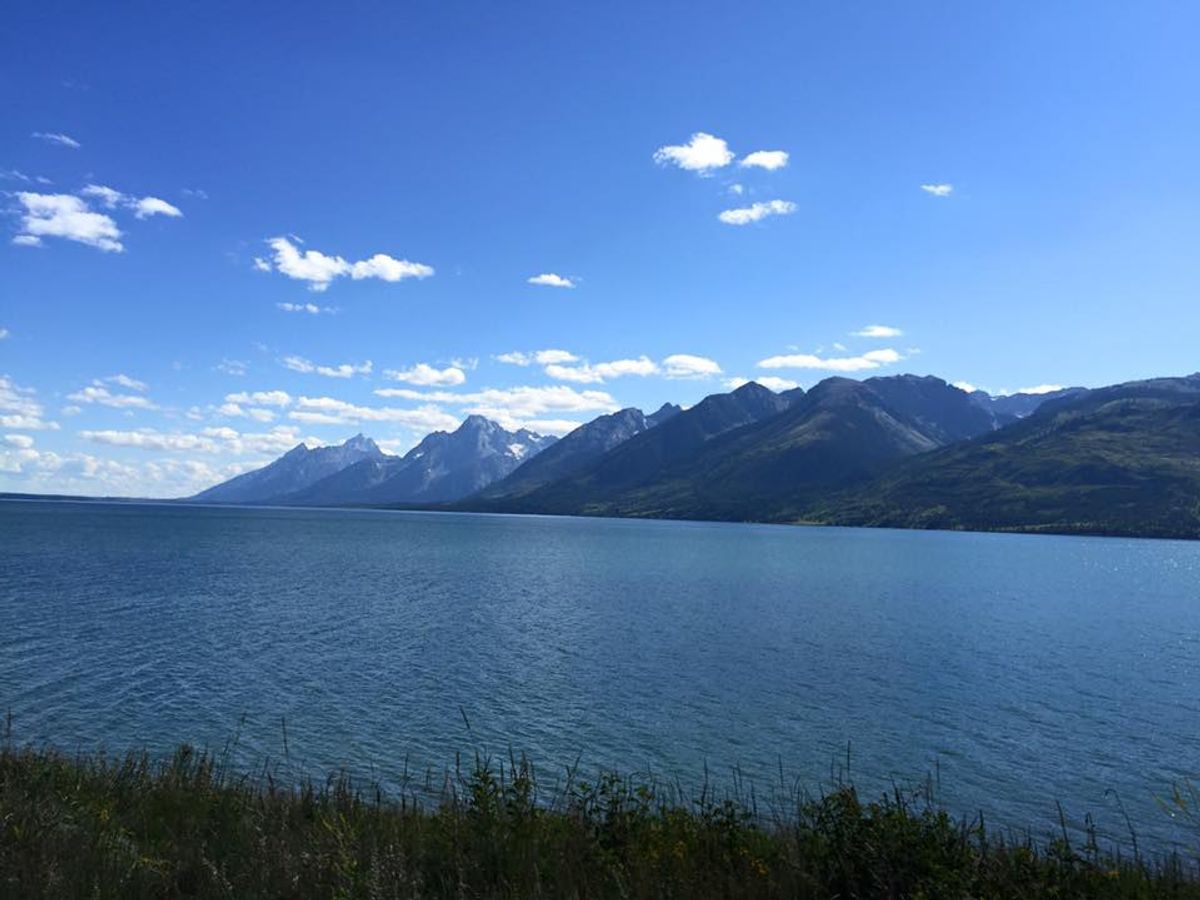 Now that summer is in full swing, a lot of people have begun looking for places to spend their vacations. Popular vacation spots during the summer are usually tropical areas such as the Bahamas and Mexico, while colder areas are not as popular. While we all love a good beach, I think that people are missing out on the vacation spots that are a little colder. These spots might not have beaches, but they do have beautiful scenery. Last summer, I spent a couple of weeks in Jackson Hole, Wyoming. It was a great trip, so I compiled a list of why you should visit Wyoming. Keep in mind that all the pictures in this article were taken by either me or my family.

The drive from my hometown to Jackson Hole was around 22-hours. I know, that sounds horrible, but the drive really was worth it. We passed through two states before arriving in Wyoming, which were New Mexico and Colorado. Although half of the drive consisted of driving out of Texas, once we entered the other states, we began seeing beautiful scenery. New Mexico boasts canyons and deserts, and Colorado has the mountains and rivers. Both were great and gave us things to look at while we drove.

As someone who lives in Texas and knows just how hot it can get, a break from the summer heat is always welcome. I love days where the sun is shining, there's a breeze and it's around 70 degrees. I can't get many of those days living in Texas, but Wyoming's weather during the summer provides lots of days that are sunny and cool. Wyoming is just enough north to be cool during the summer without being too cold, which is great for people who hate cold weather as much as I hate hot weather. While I was there, each day was more beautiful than the last, and I was able to enjoy my trip without sweating buckets.

I can confidently say that the Wyoming landscape was one of the most beautiful things I have ever seen. Even just driving through the state was wonderful, where blue skies and pretty sights were as abundant as armadillos are in Texas. The first half of the drive we saw nothing but flat grassy fields and cloudless skies, but when we got closer to our destination, we were greeted by giant pine forests and hills that were so big they could be mistaken for mountains. I remember that my family and I were struck by the beauty of the landscape miles before we even arrived in Jackson Hole, which was the most populated area. The picture above was taken on the side of the road miles away from our destination if that shows anything about how great the scenery was.

The town of Jackson Hole (sometimes just referred to as Jackson, WY) was a cute little town that had only about 10 thousand residents. To me, this isn't so small because I come from a town with only 17 thousand residents, but for those of you from big cities the small size might come as a shock to you. And the shops and restaurants around town were unique and interesting. The shops sold everything from Native American jewelry to animal pelts, and I left broke but full of souvenirs. The town is also surrounded by the Grand Tetons, which are the famous mountains of the area.

While it's very rare for someone to see a grizzly or a herd of bison unless they're backpacking through Yellowstone, I was able to see a few of the animals that I had hoped to during my stay. The animals that I saw included bald eagles, moose and even a mountain lion. Yeah, you read that right. You might be wondering how I was able to see all these animals, and honestly, it was just by chance. Nature exists closely to the humans in Jackson Hole, and people who visit have to respect the fine balance between the animals and humans. Getting too close to an animal could end up in a life or death situation, so you always want to exhibit caution. With that being said, I do think that the wildlife was a great part of the trip. For those seeking animals, I suggest asking the locals. We were able to find a family of moose by asking a shop owner a good place to see wildlife, and the owner told us about the family living close to a river at the edge of town. She even told us what times they were active, which helped us find them. Also, because I know you're still thinking about it, mountain lions do not live close to town. I was only able to see one while up in a sky tram, and even the people working the tram were shocked to see one so low in the mountains. If you visit Wyoming and want to see wildlife, don't shy away from it, but definitely respect the animals.

One great part about Wyoming is that it has two of our nation's national parks, which are Yellowstone National Park and Grand Teton National Park. The parks are even connected with each other! They offer a range of activities such as camping and even just driving through the forests. My family decided to just drive, which was a lot of fun. We drove through thick forests, saw giant lakes, the Tetons and even Old Faithful. The only downside about driving was not seeing any animals, but there have been lots of cases of people interacting with the animals at Yellowstone and it not going well for them, so this might be a good thing. The parks offered lots of scenery for pictures, and it was one of the best parts of the trip.

7. There's Always Something To Do.

If you're a nature freak like me, you'll love Wyoming. There's a range of fun things to do, such as horseback riding and hiking. If you're a fan of stay-cations, this might not be for you. Wyoming offers loads to do and most of it will leave you tired by the end of the day. I remember sleeping better than I ever had after spending a day white water rafting or riding four-wheelers.

8. Everything Is Picture Worthy.

For photographers and even those who just like taking pictures for fun, Wyoming is a great place to snap a quick pic. The beauty is abundant, and everything is worth the time to take a picture. I took so many pictures during my stay that I had to make a separate album just for Wyoming. And the best part is that you don't have to be a nature photographer with the newest and best camera to get a pretty picture. Every single picture in this article was taken on an iPhone, which just shows how beautiful Wyoming really is.