Like honestly, what the fuck is wrong with our government? 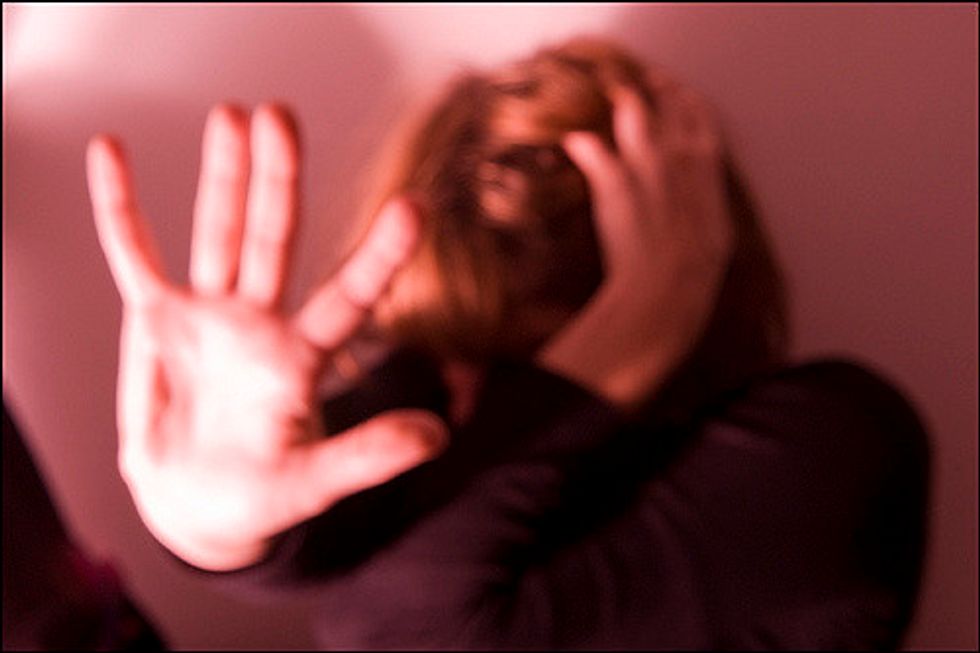 The Violence Against Women Act is an act passed in 1994, it was set to expire September 30, 2018 but funding was extended until December 7th. Now, it has lapsed and funding was continued again until December 21. That isn't much more time. Are they going to renew it?

This act was to end violence against women, from domestic violence, sexual assault, and stalking; providing federal protection for women against these acts. This act funds agencies to help women who have been affected by any type of violence including but not limited to sexual assault, stalking, and physical abuse.

This funded many things from advocates to lawyers to housing. Have you ever heard of any of these? Many survivors have. Their names range from crime victim center, woman against rape, and many others. These are the avenues many victims go to during their confusion time. This is where they get their information on their legal options, counseling, and monetary compensation.

There are also provisions included on rape including funding for prevention and victim services. Education and training services about violence are given due to this act in many different settings. There is a three-year grant that many college campuses get from VAWA that helped them create their own programming. After the three years, the programming stands but that is not true for victim service places.

The renewal wanted to go farther than what it has done in the past. VAWA renewal stated new prevention programs for the youth, banning those who have a protection order against them from buying or owning firearms. These sound like wonderful things for survivors! Maybe many women wouldn't get killed if these men weren't able to buy guns. Maybe people, men, and women will learn from a young age what consent is and what not having consent is.

A little history of this act:

The WAVA was put into place back in 1994, after Clarence Thomas was accused of sexually assaulting his assistant, Anita Hill. It was to help women who were in sticky situations, like that one, have a voice and a safe space. This wraps up nicely with the Kavanaugh case that ended a few months ago. In both cases, a woman (or in Kavanaugh's case, women) had accused this man in power of sexual assault. This is hurting those who have been or may be victims of sexual assault or stalking. This is giving men who have or may be predators, the advantage. The women affected by these crimes will not have that support they desperately need.

It's very interesting that this act is now in jeopardy after Kavanaugh got into office and this was also happening during his trial. In my experience, these services helped me tremendously. I was given all the information and options I couldn't have found anywhere else. There were people with empathy for what I went through. They got it! They made me feel valid.

I got counseling from one person there where I told her how shitty I felt working with people who didn't believe me, how my panic attacks were getting worse, and how my depression was worsening as well. She told me to go to a psychiatrist and get new medication/a higher dosage of what I was already on. She told me that my situation did suck. She didn't sugarcoat it like everyone else. She gave me sympathy, but not the obnoxious kind. She was exactly what I needed. Without her talk, I might not have gone through with everything. I got my protection against him because a lawyer worked her ass off. This lawyer was free. So was my advocate. The lawyer went from saying "the best outcome we could have is 6 months" to "we got a year and a half". This lawyer gave me all the options and explained the risks and outcomes of everything. She even tried to get my criminal case reopened.

There were advocates who held my hand, literally and figuratively throughout the whole process. I had people on my side and I needed that to continue. They helped me continue, not only with the case but in life.

Why would anyone want to stop these amazing programs? They are so helpful. They help people continue. They help those who can't afford it, a lawyer. If I didn't have my lawyer I was told I would have to be in court with my abuser. I would have to tell the judge what he did to me, with him standing right there. He couldn't talk to me or anything due to the balifs, but I would have still had to look at him. Considering I saw him walk through the doors of my job and I started having a panic attack, and crying uncontrollably I KNEW I couldn't do that. I wouldn't have gone through with my protection case if it wasn't for them.

Any kind of legal process is long, hard, and confusing and this one is so much especially since it's a big he-said-she-said case. People need advocates. Free lawyers. People need the women against violence act

I believe that those who are in charge want to keep women quiet about their injustices. They are taking a step backward, instead of forward and I am sick of it. I do not feel safe. I do not want my siblings or cousins going through a time where girls are not treated like humans.