Villanova Victory Leaves Basketball Fans Everywhere Underwhelmed
Odyssey
CurrentlySwoonLifestyleHealth & WellnessStudent LifeContent InspirationEntertainmentPolitics and ActivismSportsAdulting
About usAdvertiseTermsPrivacyDMCAContact us
® 2023 ODYSSEY
Welcome back
Sign in to comment to your favorite stories, participate in your community and interact with your friends
or
LOG IN WITH FACEBOOK
No account? Create one
Start writing a post
Sports

With such an exciting and historic tournament, the final game was not what college basketball fans anticipated. 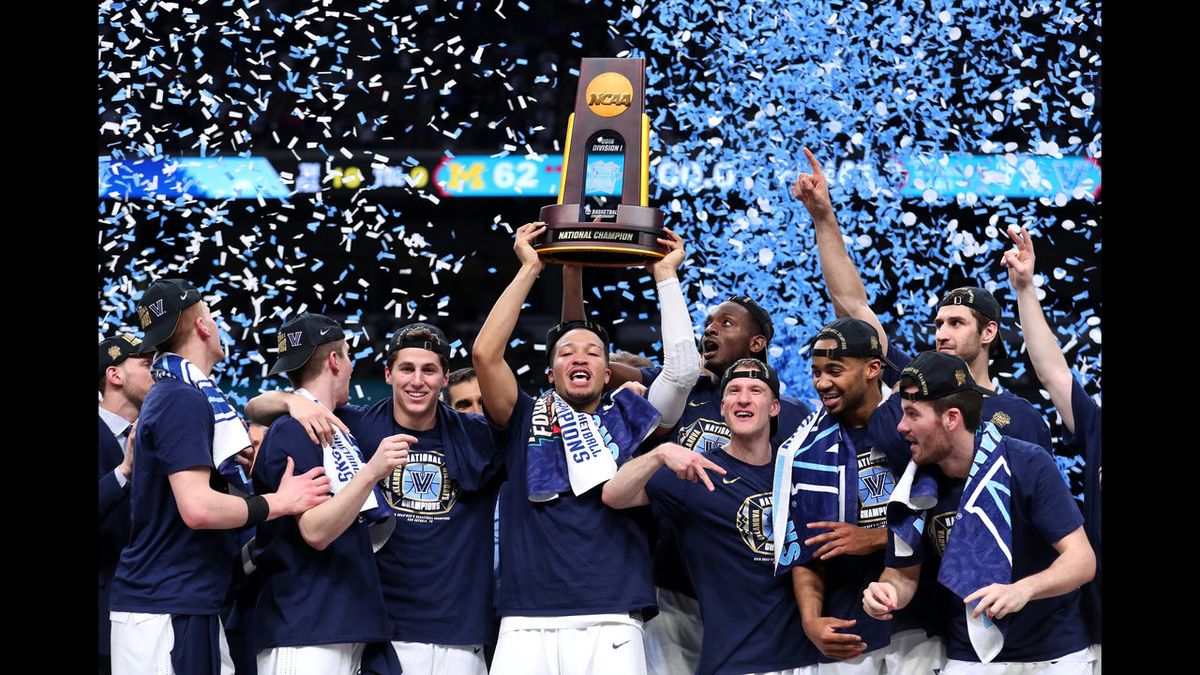 The 2017-2018 season of college basketball was one for the books. It was actually quite historic, especially during post-regular season play. When the madness began, the nation was shocked with some of the most jaw dropping and detrimental loses that busted people's brackets. A number 16 seed defeated a number one seed for the first time in the NCAA Division I Tournament, and a number 11 seed stole the hearts of the nation and became a major Cinderella story, dancing their way to the Final Four.

During the March Madness tournament there were a few games that came down to the wire, and left fans at the edge of their seats. Buzzer beaters kept the dream alive for some and ended the journey for others. With all of this excitement throughout the tournament everyone was sure that the final game would be an amazing end to the tournament.. or so we thought.

It all came down to Monday night, April 2nd, at 9:20 p.m. The Villanova Wildcats and the Michigan Wolverines were the last two standing and only one more game, and one more opponent stood between each team and the national title. The nation was captivated throughout the entire tournament, so college basketball fans surely anticipated an exciting national championship game. Would Villanova win their 2nd National Championship in 3 years, or would the Michigan Wolverines win on another stunning buzzer beater like they did against Houston in the 2nd round?

As the players entered the court and play began, the opening minutes were everything you could've asked for. It was exciting, and fast paced basketball. The Michigan Wolverines made a run and led by 7 at one point, but then the Wildcats surpassed them. By halftime, the score was Villanova 37, Michigan 28. As the second half went underway, there was a lot of basketball to be played and it was still anyone's game. However, unfortunately for college basketball fans (except Villanova fans), the game was completely controlled by Villanova, as they dominated the second half. Michigan's offense lacked, and the Wildcats took advantage. Villanova sophomore guard, Donte DiVencenzo was a catalyst for the victory of the Wildcats and scored a whopping 31 points.

For Villanova, and the city of Philadelphia, it was a great team win, as this is their 2nd National Championship in 2 years: an incredible accomplishment for a solid organization. But, for non Villanova fans, this championship game was quite the disappointment. Michigan trailed the entire second half, and it was clear that the Wildcats would reign in victory. With the amount of upsets and buzzer beaters during the tournament, the championship game was anticipated to be a nail biter. That was definitely not the case as Villanova defeated Michigan with score of 79-62 for the 2018 National Championship.

But this is what the madness is about, isn't it? You never know what is going to happen.