The Villain You Probably Missed In 'Titanic'
Odyssey

The Villain You Probably Missed In 'Titanic'

Why Old Rose is the absolute worst character in movie history. 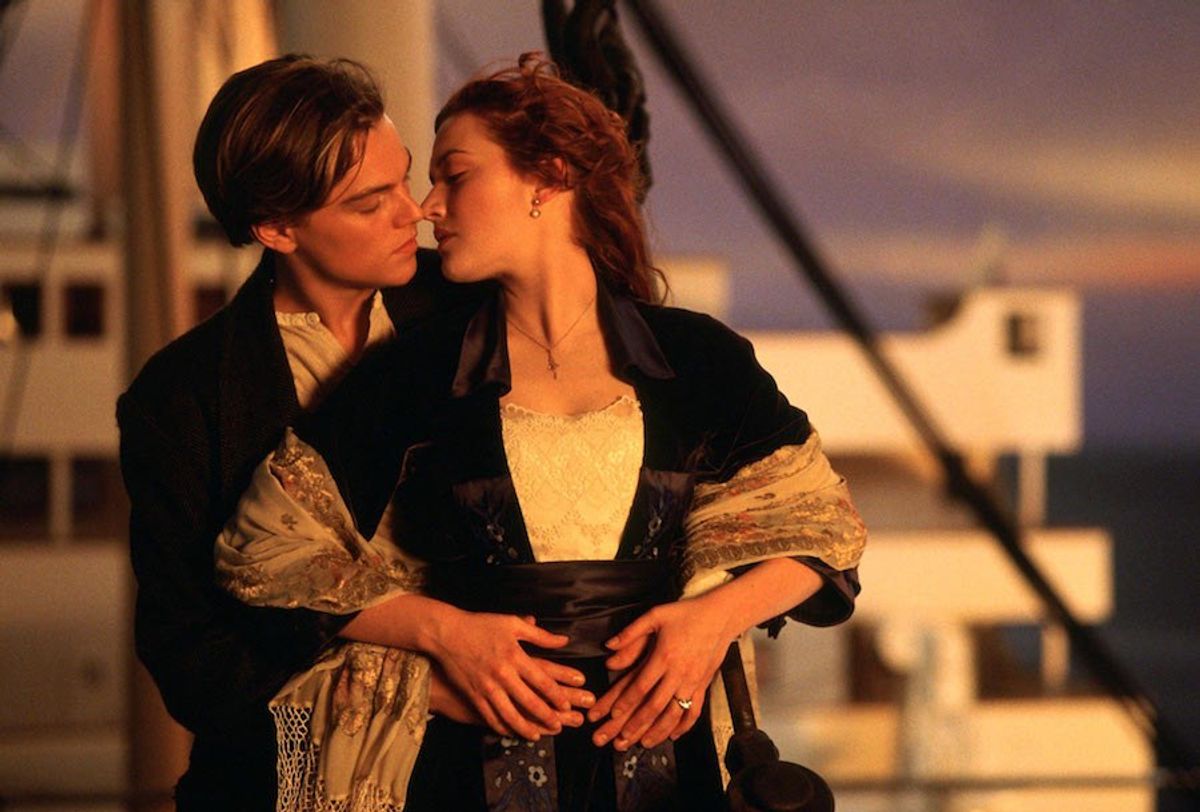 Unless you have been living under a rock for the past eighteen years, you have probably seen, or at least heard of, the movie Titanic. It’s an extremely moving and romantic love story in which two people defy the restrictions of their socioeconomic classes and fall in love, all while being passengers on the “unsinkable” ship, Titanic. Obviously, it isn’t a spoiler for me to mention that the ship hits an iceberg and sinks 5 days into the voyage. You can most likely read that in every American history book that has been published since 1912.

Now, don’t get me wrong, the movie is a classic. 1998 Leo DiCaprio is a stone cold fox and I’m always up for a good story told by a 101-year-old lady. However, I have never had a movie frustrate me as much as this one. Ms. Rose DeWitt Bukater is the most selfish person in the entire film, and quite possibly in movie history. And I’m not talking about the “oh, they could have fit on the door, Rose just wouldn’t scoot over” argument.

No they could not. Jack tried to get on the door with Rose and it started to sink because they were too heavy. End of discussion.

Hey, I’m with everyone else when it comes to young Rose. I almost jump to my feet when she spits in her fiancé’s face like a man just like Jack taught her. I applaud every time Rose meets Jack at the front of the boat and says “I’ve changed my mind.” I let out a satisfying “amen” whenever Rose tells her brat of a mother to literally shut up after she makes a comment about lower class passengers. Rose is a powerful woman, and she surprisingly grew up a lot in 5 days (thanks, Jack Dawson). No, Rose doesn’t really start to irritate me until the last ten minutes of the movie. Let me tell you why:

1. Yes, Old Rose, I understand that your good-for-nothing fiancé gave you that necklace and that you think it would really stick it to him (even though he’s already dead) to give it back to the ship where you fell in love, but come on lady. That necklace is worth 250 million dollars.

Maybe this is just me speaking as a college student who, on more than one occasion, has had to pay for gas in quarters, but that is quite a lot of moolah. Think about your granddaughter, Old Rose. Think about her children. Think about their education. $250 million dollars could probably pay for a lot of college. I don’t know, I just think it might have been a little irrational to throw that priceless necklace off of a boat and into the ocean.

2. To add to that last one, did you not realize why you were brought on the ship in the first place, Old Rose? It’s not because of your touching Titanic testimony. It’s because that poor man, Mr. Lovett, was looking for that diamond that you had stashed away somewhere for 84 years. He had spent his life studying the history of the ship and using technology to go inside and find this precious gem. Mr. Lovett was looking for the necklace and stumbled upon a rather scandalous drawing of a lady wearing the Heart of the Ocean.

When he found it was you, Old Rose, he happily invited you aboard his boat. Why shouldn't he be happy? He was about to be a kabillionaire. Your story, Old Rose, as riveting and beautiful as it was, was not the purpose of your invite. But please continue with your three hour-long tale. Please avoid any question that might indicate that you know where that Heart of the Ocean is. Please tell us a story that is going to make us cry and try to convince all of us that you aren’t the absolute worst.

3. Has anyone noticed that Rose got married? Because she did. She had kids. She had grandkids, or at least one. I’m not mad though. It’s exactly what Jack wanted for Rose, which he states in his final minutes with her in that freezing water. What gets me is that if you watch the last few minutes of the movie, you can see all of these pictures on Rose’s night table. Are they pictures of her family? Maybe a wedding photo? Can I get an image of those cute grandkids?

Nope. They’re pictures of her.

Sure, she’s pictured doing all of the things that Jack said that they would do together (my personal favorite is when she’s riding a horse “like a man” on the beach of Coney Island), but hello? Am I missing something? Where is your family, Rose? Do they mean so little to you that you just can’t bring pictures of them?

4. I guess this final scene is open to interpretation, but for argument’s sake, let’s just say that in that specific scene, Rose dies. We see the Titanic in all of its former glory. We see the band that went down with the ship. We see the adorable little girl that won our hearts when she threw Rose a little bit of shade for dancing with her man (don’t worry Cora, you’re still his best girl). We see Mr. Andrews. And, finally, we see Jack. We see the kiss and we see even more people who died on the ship, applauding and cheering because Jack and Rose are finally together.

I'm just a little confused on the fact that she chose to go back to the Titanic. I cannot stress this enough. It makes me sad to think that in all the years that Rose was married to this guy (whomever he may be because we sure as heck don't know), she was still in love with Jack, and the poor guy didn’t even know about him because she didn’t tell anyone.

Let’s refer back to this quote, shall we?

Old Rose: And I’ve never spoken of him until now…Not to anyone…Not even your grandfather…”

I’m sorry. But what?

So yes, you might have thought that Cal Hockley was the villain of the movie. He was pretty awful. I admit it. But now you know that there was a character named Old Rose and that she ticked me off…in every way that a person can be ticked off.
Report this Content
This article has not been reviewed by Odyssey HQ and solely reflects the ideas and opinions of the creator.