Get ready for an expensive, lacy adventure! 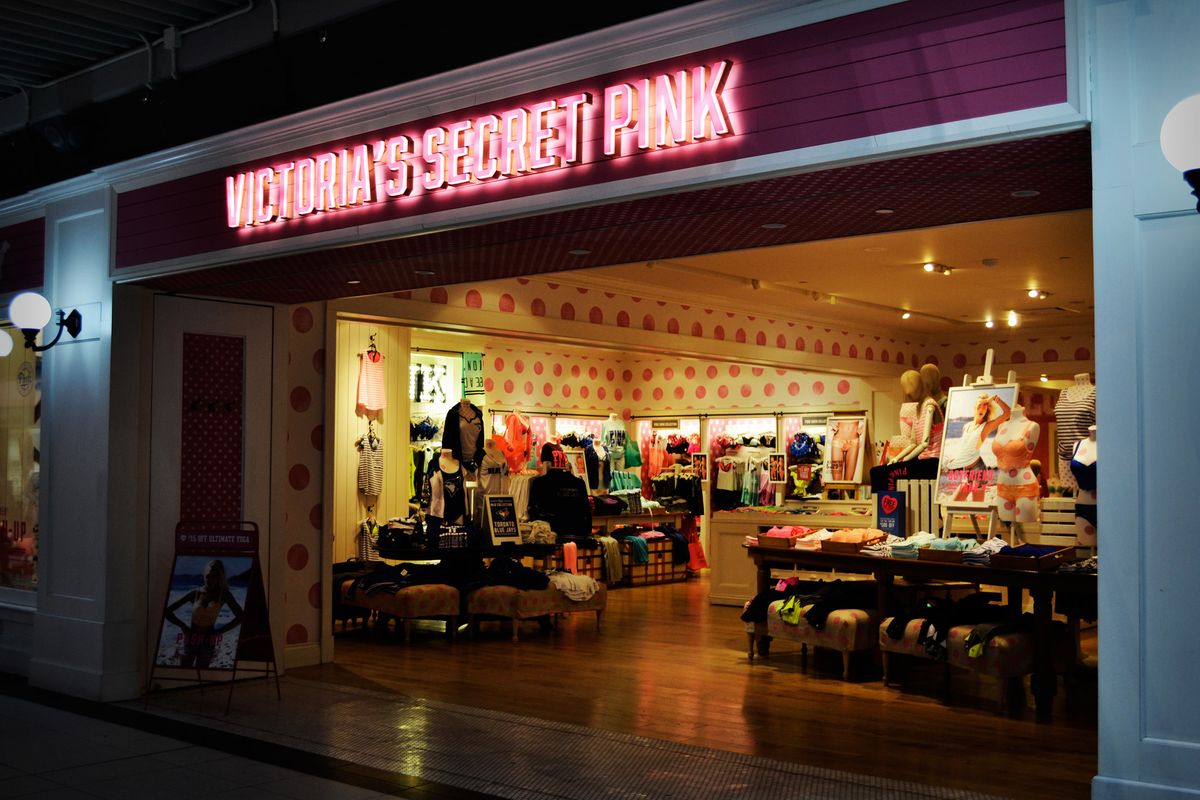 As my friend and I walked through the Salem Mall, I saw it. A pink entrance to a black-walled store that I knew all too well, even though I had never been inside of it or any of its counterparts. The appearance was so alluring and even though I knew my friend was going to suggest going inside, I wanted to speed past it in an attempt to make sure she didn’t notice.

“Hey, let’s go in here next,” she said as I was about to zoom ahead. I stopped and nodded in agreement as we both made our way inside. It’s not that I’m against Victoria’s Secret per se, it’s just that I didn’t want to spend an arm and a leg for lacy underwear.

As we looked around at the selection of seductive thongs and extremely revealing pushup bras in the main room of the store, I had decided I wasn’t going to buy anything. I didn’t have to if I didn’t want to, plus $50 for a thin piece of lace didn’t seem like a good investment to me. I resigned myself to not spending money on useless undergarments that cover very little.

But soon an associate came up to us.

“Are you girls a part of our PINK Nation?” she asked us. My friend and I shook our heads and I knew this would be a prime moment to duck out of the store. But as she started listing off all of the benefits of being a member of the store’s app, we both stood and listened. Soon the associate disappeared to go find iPads to sign us up, and the sensible part of me wanted to find another shop in the multi-story mall to take refuge in. There had to be a store I was familiar with that I’d be safe in.

But instead, my friend and I continued to look through the selections.

“Come find a bra to try on with me!” she exclaimed. I shook my head quickly. I’m fine with trying things on normally, especially if there’s no purchasing involved. But something about forcing my boobs into the tiniest bras found in Salem didn’t sound very appealing. After a lot of convincing I agreed to try on a nightgown, but ended up not finding one I liked in the main part of the store, so we moved into the Love PINK section of the store. It was lighter, and covered in light pink polka dots. Instead of alluring and mature like the main part of Victoria’s Secret, this area felt cutesy and almost youthful.

That’s when I was saved by an unlikely hero: the female associate and her iPads.

As she walked us through the steps to get signed up on their website and explained that we would earn a free panty with today’s purchase, I sighed with relief a little. Being in a lighter, much friendlier looking part of this popular store felt like cool water between my toes on a hot day. It was so liberating that I thought twice about not buying something. After all, I would get something free out of it!

Once my friend and I finished signing up we went through the underwear drawers to find a free pair to take home. It was next to impossible. All of the styles I usually went for were out of my size, and most of the pairs in my size were thongs. Not wanting to subject myself to a future full of wedgies and discomfort, I found a pair of boyshorts that looked cute. Not exactly my style, but they would do. I decided to finish this excursion off by finding a bra in my size that was affordable. Thankfully Love PINK was having a 30% off sale at the time.

I grabbed a black bra in my size and hurried to a dressing room while my friend looked around some more. As I tried it on, I realized how tight the straps were. Why Victoria’s Secret thought any girl with a C cup would need to have their bra straps adjusted to the third circle of Hell, I’ll never know. After adjusting them, I looked at myself in the mirror. It didn’t look bad, and I actually started feeling cute. Even though I’d be the only seeing the bra on my body until further notice, I realized I was able to pull it off.

Once I was fully clothed I left the dressing room and my friend and I made our purchases. I left the store feeling surprisingly more confident. Who knew that a discounted bra and some pink walls could make so much of a difference?