Meet Vicetone: The EDM Duo You Should Be Listening To

With a hit single on Spotify and a successful ongoing tour, Vicetone's brakes have no plans of stopping as they blaze through the music industry as a prominent EDM duo. 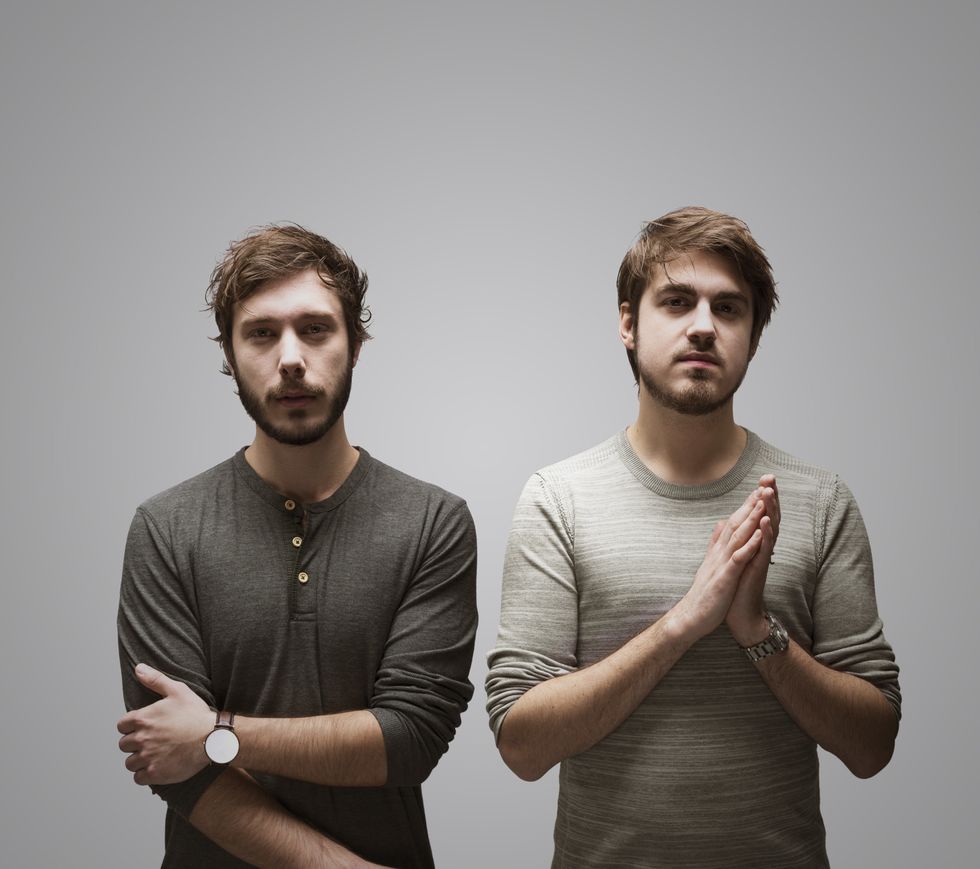 In Holland, at age 15, Ruben den Boer and Victor Pool met in high school and bonded over listening to music together and realizing they liked the same genre: electronic dance music. A few years later, in 2012, they emerged onto the electronic music scene as Vicetone and continue to make a name for themselves in the world of EDM and more specifically as house music artists.

Since that time, Vicetone's work has not gone unnoticed. The Dutch duo spent consecutive years on the DJ Mag Top 100 List, toured alongside artists such as Nicky Romero and NERVO, and performed at some of the world's largest festivals including Tomorrowland, Electric Zoo, and Ultra Music Festival. Their polished house tracks with smooth vocal features and satisfying drops make every song an earworm and every remix an energetic and entertaining one.

Currently, Vicetone is touring across North America in support of their latest single "Walk Thru Fire" which hit over a million plays in less than two weeks on Spotify and sits comfortably at the #2 spot as the duo's most popular song to date. With a music video in the works, it seems as though Vicetone barely has time to breathe, but they were generous enough between touring and time in the studios to answer some questions I had for them about "Walk Thru Fire" and their ambitious plans for the future.

Could you guys walk me through the process for making "Walk Thru Fire" or maybe just your typical music producing creative process?

"Walk Thru Fire" was actually a unique process for us since the hook-line, which says 'I'll walk through fire with you', was very different in the first version of the vocal we got. We ended up taking that line from the pre-chorus since that made more sense to us. The change ended up completing the song for us. We felt that "Walk Thru Fire" was a stronger image and changed it around to make it the theme of the song.

Seeing that "Walk Thru Fire" hit over a million Spotify plays in less than two weeks, why do you think the song got as many streams as it did?

It was amazing to see such a great response the first few weeks! We think it connected with a lot of different people at the same time since the lyrics are not only romantic but motivational and, in a way, kind of bad-ass as well. We all have people in our lives that we would walk through fire for, it's something we strongly related to. Though it's always difficult to predict how a song will be received by the public, we certainly don't like to over analyze our songs too much. The most important part is whether or not we are happy with the sound and proud. The rest is out of our hands. We don't lose much sleep if a song doesn't particularly do well as long as we stand behind it 100%. But seeing how well "Walk Thru Fire" is doing it's such a rewarding feeling. We're lucky to have supportive fans.

What's it like headlining a North American tour? I know you toured in 2016 for the release your debut EP, Aurora, so does this feel any different?

It's incredible. Every tour feels different since we always try to test out our new music as well as new edits. That aspect make the shows much more exciting to us since you don't know how the crowd will react and every set feels 'fresh' to us. Also, with music evolving every single year, the tours and shows evolve as well. That keeps things exciting for us and everyone that comes to our show. We're just very grateful to be doing what we love to do and we always try to improve.

After the tour, are there any plans in the works that fans and listeners could expect, like new music, new merch, more shows, etc.?

Yes, we're always working on the next thing! We're working on a new EP with songs we absolutely can't wait to release. We'll definitely work on a new tour and merchandise around that EP as well.

So both of you currently live in Nashville, Tennessee, which is not the first city I think of when it comes to the electronic music scene in the U.S., although it is known for music. What attracted you to the city?

It's a city with a huge amount of talent which is growing very rapidly. We wanted to move here for a while because we've had many great writing sessions in Nashville over the last few years and just a positive experience in this city in general. We love the small-big city vibe and way of life. In a way, it sort of reminded us of how we grew up in Holland. It's a very relaxing place for us to work on music in between tours, which works out well since touring and traveling can get quite hectic. We're naturally more inclined to make better music when we're relaxed and focused, and for us, Nashville is a very relaxing place with a hugely talented music scene that we're lucky to be a part of.

Vicetone's restless lifestyle, amidst the life of a headlining, music producing, track mixing DJ duo, showcases their passion for producing music and creating something that makes their fans feel as they do: motivated, inspired, longing, hope, and happiness. With success only continuing to greet them, why stop?

From Your Site Articles
Related Articles Around the Web
music
Report this Content
This article has not been reviewed by Odyssey HQ and solely reflects the ideas and opinions of the creator.