Valentine's Day: Is it Overvalued?
Odyssey

Valentine's Day: Is it Overvalued?

Love is in the air. 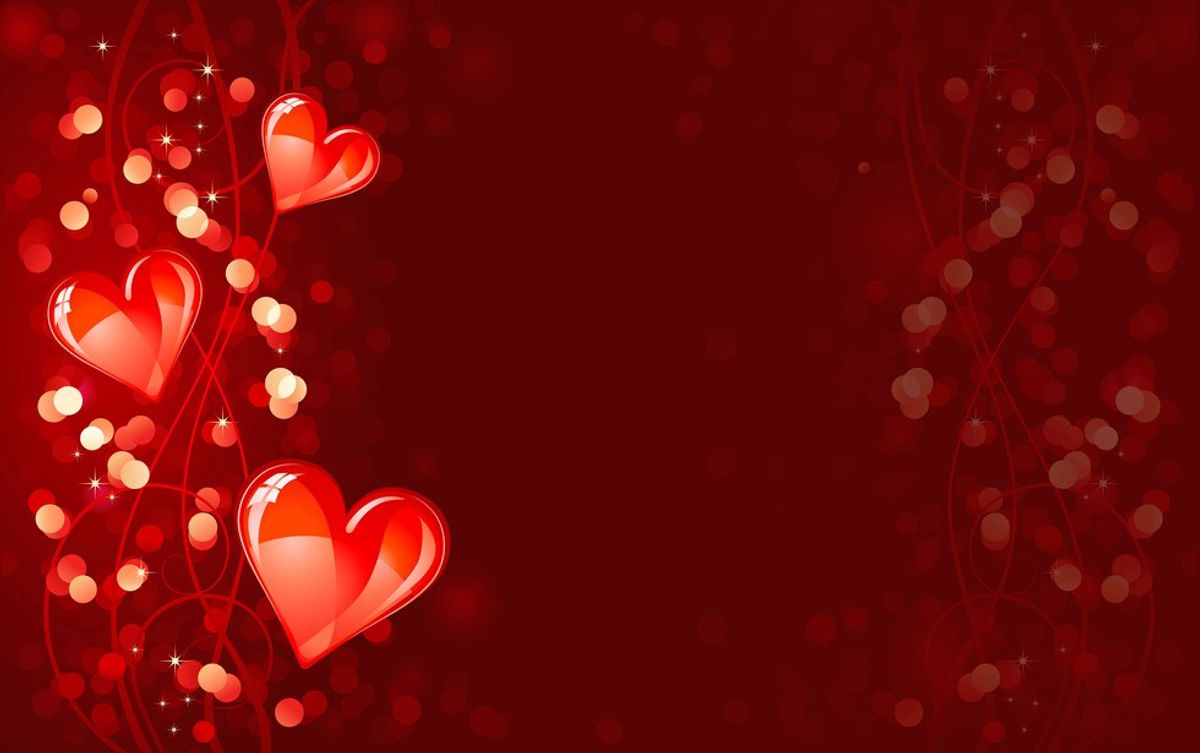 It’s that time of year again were people hurry to buy gifts and plan for a special day. This burst of people rushing to Victoria Secret, making dinner reservations – and even going to local stores to buy flowers and chocolates – is the result of the holiday, Valentine’s Day.

I understand the excitement and the desire to find the perfect gift for your significant other, but stressing over the one day for your lover is not the answer. Recognizing Valentine’s Day doesn’t make you the best girlfriend/boyfriend/husband/wife in the world, because your love for one another should be expressed the other 364 days of the year as well.

I understand the cards, flowers, messages, and even dinners that are planned during the holiday – don’t get me wrong they are all great gestures – but people feel the need to break the bank and strive for the “perfect” day.

But in reality, the “perfect” day should be about only the two of you, regardless of the amount of many spent and gifts.

Whether one is in a relationship or single, it makes one question prowl in the minds of individuals. When did Valentine’s Day become so commercial?

And yet, many people participate in the Valentine’s Day festivities.

For many, it’s going out for a romantic evening with your significant other, while others find creative ways so surprise their lovers throughout the day with gifts. Keeping this in mind, Valentine’s Day has made people anxious and eager about the holiday to make it perfect and special.

Where does Valentine’s Day originated from? How did it become a holiday? What makes it consequently special to the people of the world?

The answers to these questions are astonishing to comprehend, and comprehend them we should, with the curiosity they generate.

However, some of the details of Valentine’s Day are unclear with many different explanations.

While imprisoned and sentenced to death, St. Valentine fell in love with the jailer’s daughter. On the day of his execution, February 14th, he sent his lover a goodbye love letter signed “from your Valentine.”

Although some believe Valentine’s Day is celebrated to observe the anniversary of Valentine’s death or burial, others believe the Christian church decided to place St. Valentine’s feast mid-February to “Christianize” the pagan celebration of Lupercalia. Lupercalia is a fertility festival to Faunus, the Roman god of agriculture and Romulus and Remus, Roman founders.

The festival would begin by the priests and were believed to have sacrificed a goat, for fertility, and a dog, for purification. The priests would later strip the goats hide into strips and dip them in sacrificial blood to take to the streets. The hide was used to slap both women and crop fields.

Believing the goat hide will make them more fertile, Roman women embraced the touch of the hide. As stated by the legend, later that day, single men would choose a women’s name from an urn and would become paired for the year with the chosen women, or eventually married.

However, the rise of Christianity threatened the festival.

Lupercalia was banned at the end of the 5th century because it was considered “un-Christian,” leaving Pope Gelasius the decision to declare February 14th as St. Valentine’s Day. The day was later associated with love.

In fact, France and England believed, during the middle ages, that February 14th was the start of bird’s mating season, which generated the impression that Valentine’s day should be a day for romance.

It is easy to see why people of all ages are having a “the notebook” or “the vow” moment, but expressing your love for someone should happen constantly, not just one day out of the year.

I understand the need to make your significant other feel special on that special day, to engage in all the love festivities of the holiday and take the time out of the day to do something nice for them.

But here’s the truth: Valentine’s Day should be every day. Why have only one day to do something amusing for your lover? If you love your partner, express your love daily and make them feel special constantly.

Love is an intense feeling of deep affection, not an affection for one day out of the year.

Emma Hyatt
3739
The Truth About My Parents' Divorce