Urban Outfitters: Provocative or Disrespectful?
Odyssey
CurrentlySwoonLifestyleHealth & WellnessStudent LifeContent InspirationEntertainmentPolitics and ActivismSportsAdulting
About usAdvertiseTermsPrivacyDMCAContact us
® 2023 ODYSSEY
Welcome back
Sign in to comment to your favorite stories, participate in your community and interact with your friends
or
LOG IN WITH FACEBOOK
No account? Create one
Start writing a post
Politics and Activism 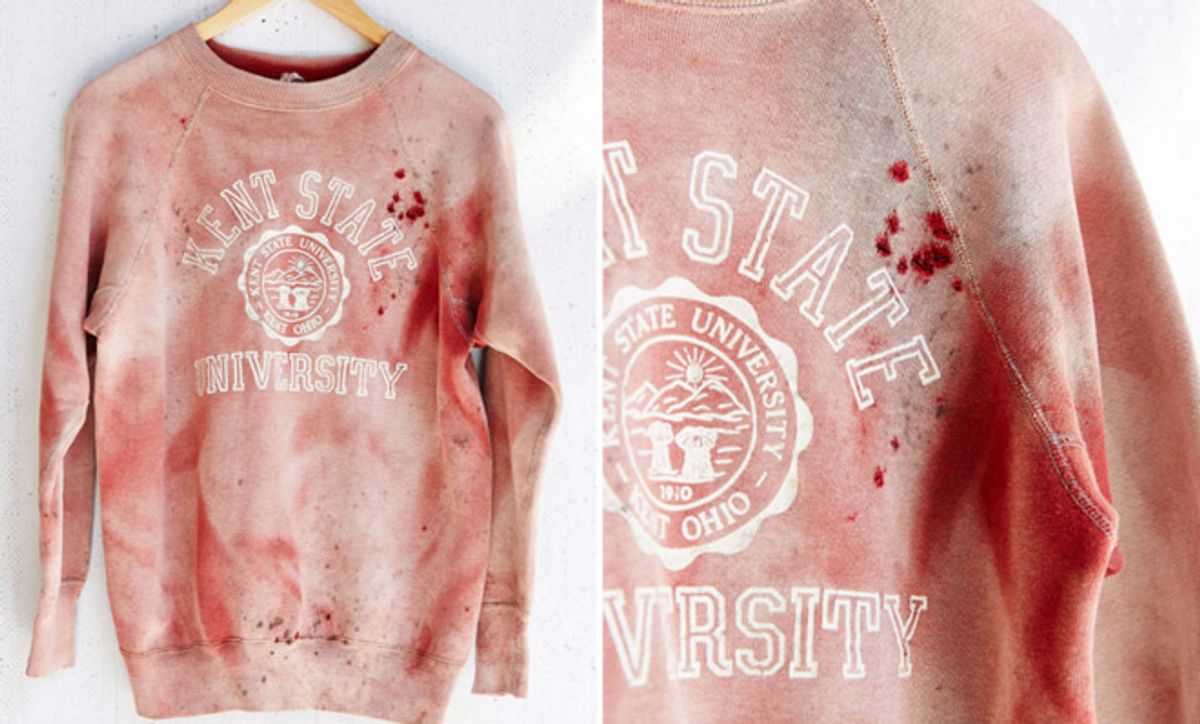 Over the last few years, Urban Outfitters has shown controversial issues regarding their clothing. The biggest controversies have aimed at disputes concerning alcohol combined with underage drinking, eating disorders, and racial groups. The owner of Urban Outfitters, Richard Hayne, is a major conservative, and his store is targeted at the edgy and hipster youth of our generation.

Urban Outfitters, reportedly known for its graphic tees and sweatshirts, display marijuana leaves and other “offensive” symbols along with controversial sayings. However, multiple times their items have been removed from their website upon request from offended customers. In 2008, Urban Outfitters produced a shirt designed by Tara Littman of Support Shirts that read, “I Support Same Sex Marriage.” Although the shirt proved to be a hot item, it was soon pulled from the website and stores in less than a week when a buyer claimed the shirt to have, “too much bad press.” However, the designer never found more than one blog that rejected the shirt.

The most recent controversy that has risen from Urban Outfitters this year is a “vintage” faux-bloodstained Kent State sweatshirt. The $129 sweatshirt has faux blood splattered on the sweatshirt which buyers seem to have referenced to the Kent State massacre in the 1970’s.

For those of you who aren’t familiar with the Kent State massacre, the Ohio National Guard shot and killed four students who were unarmed during the Vietnam War protest. “Urban Outfitters explores the outer reaches of bad taste” @nycsouthpaw tweets regarding the sweatshirt debate.

Urban Outfitters stated to the public, “It was never our intention to allude to the tragic events that took place at Kent State in 1970 and we are extremely saddened that this item was perceived as such…There is no blood on this shirt nor has this item been altered in any way.”

Customers of Urban Outfitters age from mostly 18-24, as well as under 18. When a line of alcohol related t-shirts came out, anti-drinking and underage drinking activists were offended at the slogans being written on these t-shirts. Some slogans were “I Vote for Vodka,” “I Drink You’re Cute,” and “USA Drinking Team.” Because of the under age drinking problem, parents did not support these t-shirts their kids were purchasing.

Far more controversial issues have been deliberated over the past several years, from the t-shirt that has a six pointed star printed on it, but looks somewhat like the Star of David to t-shirts having the words “Eat Less” printed on them promoting eating disorders.

Urban Outfitters carelessly continues to promote these distasteful slogans and issues on their clothing without any regard to racial groups, eating disorders, religious groups, according to critics. The contentious disputes consistently enrage the critics of Urban Outfitters and their potential customers.

Nicole Marie Nigro
Individual Creator
2438
c1.staticflickr.com
Where to start...... Let me start with the cliche that life throws us curveballs and what we do with it is what counts.