The Unspoken Rule Now Spoken. . .Speaken? Spoke? Whatever.
Odyssey
CurrentlySwoonLifestyleHealth & WellnessStudent LifeContent InspirationEntertainmentPolitics and ActivismSportsAdulting
About usAdvertiseTermsPrivacyDMCAContact us
® 2023 ODYSSEY
Welcome back
Sign in to comment to your favorite stories, participate in your community and interact with your friends
or
LOG IN WITH FACEBOOK
No account? Create one
Start writing a post
Student Life

Just Use a Different Stall 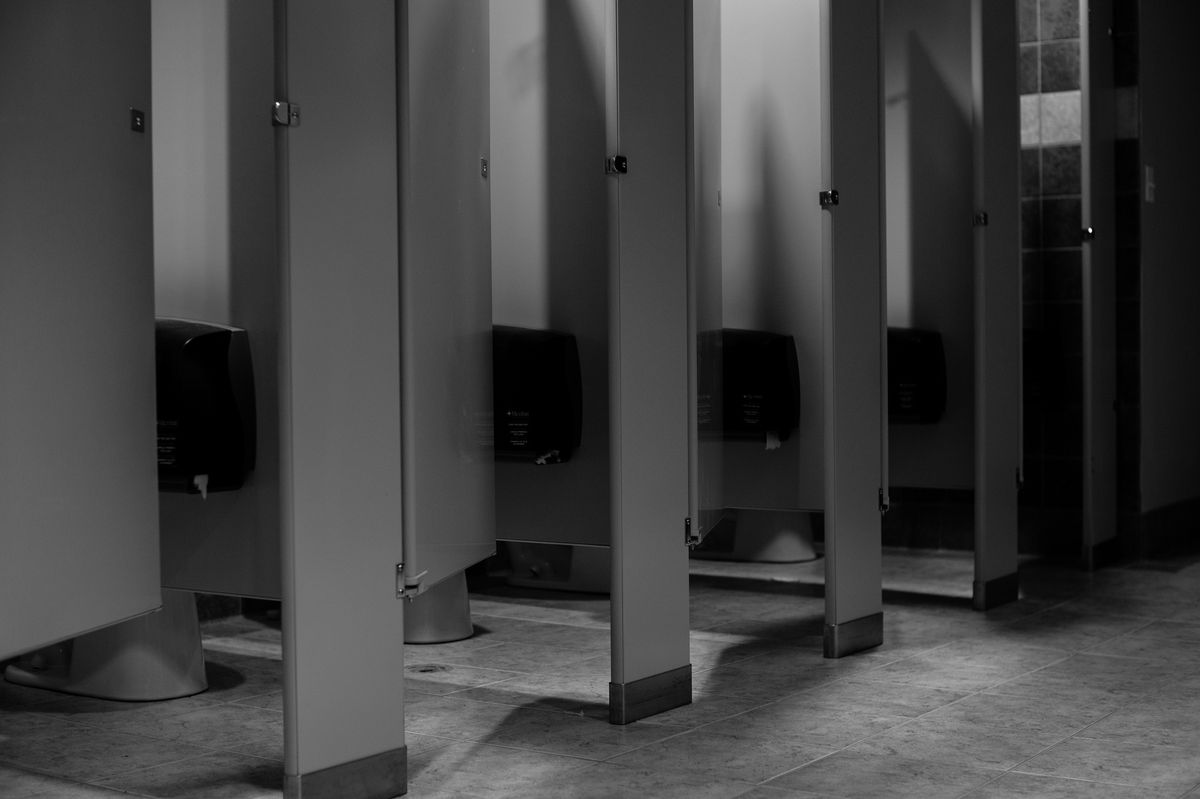 Picture this. It's been a long day and you've been waiting for hours to finally use the bathroom. You've been waiting for that time when you could leave the office, or class, and relax and go and get refreshed. You go you sit down to finally relieve yourself after a long day, and some nincompoop comes on in, and even though there are plenty of empty stalls, this kid decides to sit next to you.

Now, up until this happened to me while living at college and sharing a bathroom with thirty other girls, I thought it was common knowledge that that was NOT something you ever did unless there was a very good reason as to why you couldn't go in another one, like say the seat had something on it for instance. After the first time this happened, I gave them the benefit of the doubt, like sure, maybe there was a good reason they couldn't go in another one, but after the fifth time, I realized these girls didn't know the unspoken rule! I didn't know why this bothered so much, until I was ranting to my roommate, who was also outraged by the way, and I realized a few things.

1) It is the most uncomfortable thing in the world when you are trying to poop and you can hear the person next to you breathing very heavily as it seems they are trying to do the same.

2) The awkward "silence" in the bathroom as both of you are just sitting there next to each other, less than a foot apart and probably staring at each others shoes, is the most unbearable, uncomfortable feeling I can imagine.

3) I have had to abide by this social rule since I was a child. It has inconvenienced me at times, where I wanted to go into the bigger stall, you know, the handicapped one we're all not supposed to use but use anyway, yet there was someone in the stall next to it so I had to go into one of those teeny tiny stalls that only a third-grader and younger could fit into. And you know what, I was mad that I and many others abide by this social rule for our own comfort and the consideration of others, and then these guys just walk in like the rule never existed, and you know what, that's just wrong.

Now, for the men reading this, when I ranted to my guy friends on the third floor about the audacity of someone sitting next to me in a room full of empty stalls, they laughed at me. They told me that that was silly and that they actively sought each other out to go use the bathroom, and at times would even hold hands underneath the stall. For clarification guys, girls using the stall next to each other is like a guy walking in and of all the urinals that are empty they choose the one next to you. So, hopefully that puts it into perspective.

Alright, I'm sorry (but actually not really) that I had to make you all so uncomfortable by talking about the private things that we never talk about, especially not on a public platform, but for all of those people who didn't know the unspoken rule before, now you know, because its been spoken... speaken? spoke? Whatever, just use a different stall.