What Christian Love Looks Like Amidst the Current Political Climate 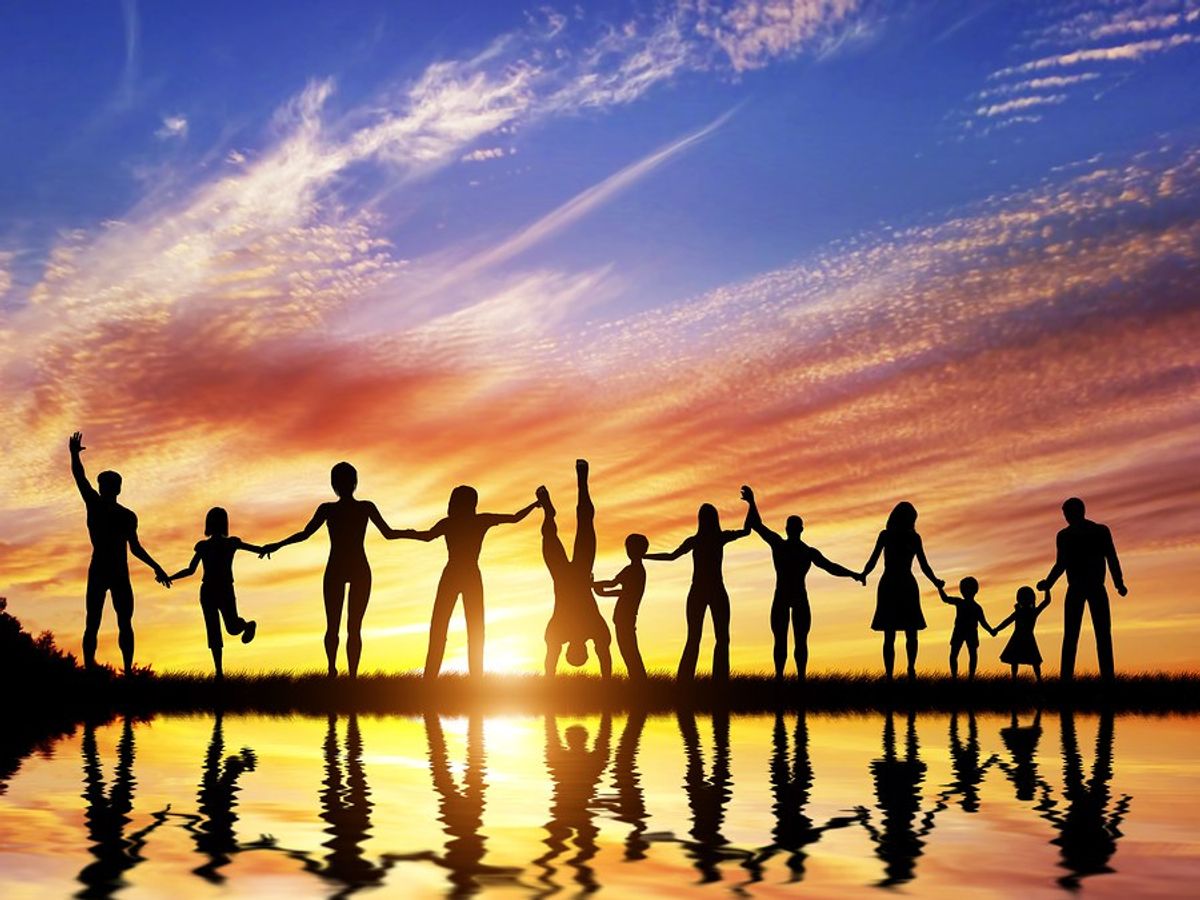 Before I start this article let me start out by prefacing with this: I do not want to devalue or discount any one’s feelings or experiences. The entire breadth of feelings and experiences are welcome. There are undoubtedly pains I have not felt and experiences I have not had. My hope in writing this article is not to change any one’s political opinion, but is to offer some advice on how we Biolans, as followers of Christ, might better love those around us, in and outside of the Church, and with those who share and those who contradict our political views.

This past election has been one of the most divisive and polarizing in history. Both parties feel this tension. It has become the air we breathe, the water we swim in. This tension has become normalized over the past year and half and was cemented the moment of Trump’s inauguration. No matter your thoughts on Trump he is currently the president of the United States and the reality of that fact hit many people inauguration day. The toxicity of politics has very seldom been exemplified, as it was in the campaigns of Clinton and Trump. Both campaigns sought to target the other. Unfortunately, people have followed their example. Many people in each party saw their nominee engaging in this behavior and either subconsciously or consciously became justified in targeting others, as the candidates did to each other.

Personally, I have struggled with this tension and wrestle with a jumble of feelings about our current political situation. The refusal to listen to the others, who disagree with me will always breed anger and judgement. Listening to others experiences, pains, hopes, and fears on the other hand has the potential to give me more understanding into things that are easier to ignore. When confronted with others who speak out as the oppressed and marginalized, I am presented with two options. First, I can hide behind a superficial understanding of the reality of their situation. I like to think I know what I know. When I find my opinions and thoughts confronted it is much easier to revert to the arguments I have carefully thought over and practiced in my mind, then to be open to the possibility of not understanding something. Second, I can hear, not just listen to, them. When I take the time to hear others feelings, hopes, experiences, thoughts, and fears I am humbled, by the mere fact that there is someone out there other than myself, who has their own thoughts and experiences.

The election of Donald J. Trump, has left millions of people in and outside of the U.S. fearful, heartbroken, and in disbelief. These are people’s legitimate feelings, that they have good reasons for holding. Already in the first week of his presidency he has drafted an executive order severely limiting and banning temporarily refugees from war torn countries under siege from I.S.I.S. These people are the poor and disenfranchised. Thousands of documented and undocumented immigrants are fearful of deportation and find themselves unwelcome in “a country of immigrants”. Trump’s flagrant and reckless disregard for others, is very apparent in insensitive remarks prevalent throughout much of his campaign. The mass-incarceration issue, widely addressed by Hillary Clinton on the campaign trail, has been ignored by Trump, who has suggested the privatization of the prison system. Many African-Americans who have found themselves ignored by policy makers and see the election of Trump as a continuation of the phenomena. Donald Trump’s sexual remarks and history of abuse causes many women who have experienced such things to feel invalidated and scared. Some of those in rural America who have been unable to support their families, because of jobs going overseas and limited opportunities are hopeful for how Trump might bring jobs back. No matter your opinion, all of these people are the oppressed.

How do we move forward in a time like this? In a time where everyone has opinions set firm in their minds, which prevent them from listening to the plights of each other. Honestly….I’m scared for what the future of America will look like. I ‘m scared for what the future of the Church will look like. Personally, I am expectant of lots more division over the coming years and think that there will be a defining breaking point, where all of the tensions endured thus far come to a dramatic peak. In the coming weeks and days, we will work with, be in class with, and talk to friends and family who disagree with us around the topic of Trump. I think as best we can, three things should be practiced to help us demonstrate love to one another as followers of Christ, without compromising our values. Humility, compassion, and a willingness to enter the mess.

In the midst of a bitter environment, sweetness helps. The very real pain and anger people have experienced as a result of this election is often directed internally until it cannot be contained anymore. There are healthy ways of expression and understandable ways. If we as Christians at Biola, are to remain faithful to the call of Christ to love and support each other, we must first hear each other. On paper this seems simple, but the reality is much more complex.

It is easy to listen to others, all the while interpreting what they are telling us through the superficial understanding we have of their situation; rather than actively ask them questions and try to understand their situation better. Humility starts in assuming the best, by acknowledging that others who are different from ourselves, have their own experiences which are as real as our own.

These experiences can be radically different from our own; yet, we must not allow this to cause us to disregard each other as human beings. Although difficult, we must lean into their experience, ask questions, and not filter what they say through a superficial assumed understanding.

The call to compassionate love is at the center of the Christian ethos. True compassion demands humility, and both demand the willingness to be uncomfortable. All the pain and anger sparked in this past election, must not be discounted or disregarded. It is far easier to ignore these people as unjustified or over-reacting, than it is humbly and compassionately hear them out. People on both sides must attempt to hear and listen even if they fail, to those on the other. Hearing unfortunately is not enough. If I only ever listen to other people and never feel compassion for them, then there is something seriously psychologically wrong with me. Living a functioning life requires compassion as it is. Why not actively practice showing compassion to others different from ourselves on the political spectrum.

Additionally, this compassion should compel us to advocate and stand up for the oppressed (ALL of the oppressed). Jesus did not merely hear the plights of the outcast of his day, he advocated for them. He advocated for a prostitute who came and disrupted a socially important dinner, when the Pharisees wanted her thrown out (Luke 7:44-47). He advocated for the adulteress about to be stoned (John 8:7). He advocated for the tax-collectors and prostitutes by engaging in table fellowship with them (Matthew 9:11-12). The list goes on and on. Christians are ‘little-Christs’ as denoted by the name and are called to follow Christ’s example. This example is scandalous and requires that we enter a ‘mess’.

“Life is messy, love is messier.” – Catch and Release

What do I mean, when I say that both true humility and compassion require a willingness to enter ‘the mess’? Namely that the continual practice of humility and compassion will lead one into tension. This tension is produced by trying earnestly to hold one’s own beliefs and experiences with the contradictory beliefs and experiences of others, that one encounters when hearing others out. Invite those outside of the Church, who are actively oppressed and marginalized, to dinner, as Jesus did, and you will have tension.

Love is messy. Jesus’ disciples were extremely diverse and held extremely different political views. Yet Jesus, brought them together and they are a model to the Christian church of what ‘messy’ love looks like. A life without tension, is boring. Don’t live a boring life.