Why The United States Does Not Have An Official Language

Why The United States Does Not Have An Official Language 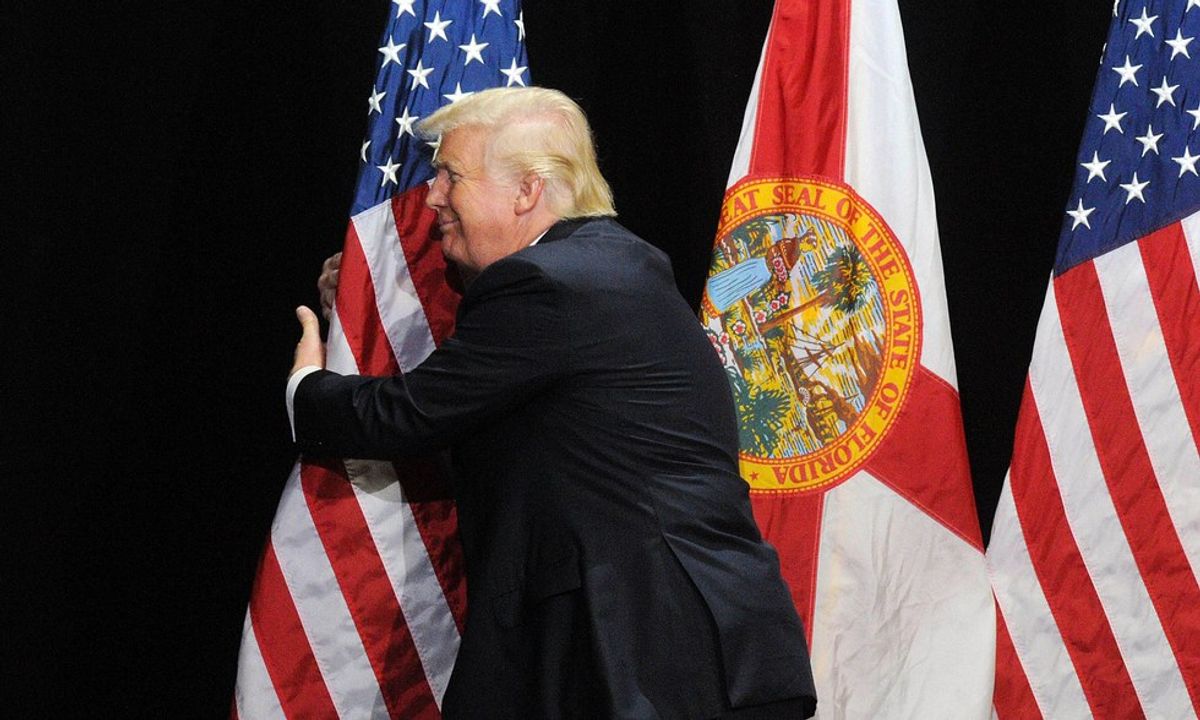 As shocking as this might sound, no the United States of America does not have an official language. Let me tell you why.

From sea to shining sea we are a diverse country and declaring English as our official language makes America a hypocrite; how can we say that you must speak this one specific language upon entering our country when our own ancestors traveled here and didn’t even speak English? According to the nation’s census, millions of American citizens speak Spanish, Chinese, German, Vietnamese and French. We have always been this “melting pot,” but not a melting pot like a giant fondue; a melting pot like a giant stew where things work together but you can still identify each piece of the puzzle. What makes America so great? Our diversity and never, ever telling someone to forget where they came from and “become US.”

Alongside this idea, we shouldn’t expect people to forget their native language nor their native customs. As a Spanish major and a student traveling abroad, I’ve learned that languages and cultures are a beautiful pair married in people’s lives. We cannot disconnect the two. So, if we are to force people to only speak English in our country, then we are telling them to forget their heritage and traditions. And that is very un-American.

Furthermore, English isn’t the purest language. It’s leaned on its sister languages like Spanish and German so to say that we must block out all other languages and force people to speak English is wrong: English wouldn’t be here without the natural development and blending of other languages. Words such as armadillo, alligator, rodeo, adios, jalapeño, machete, pronto, sombrero, etc, are only a few of the many examples. The list is endless. In Spanish, they have adopted words like “retwittear” and “Googlear” from the English words “retweet” and “Google.” Simply put, all languages learn from one another and we cannot build a wall and tell people that they must conform.

I want to acknowledge the other side and state their top five reasons why we should have an official language--or what I imagine their ideas to be.

1. It’s frustrating going to the mall and hearing someone not speak English.

Are they talking about me? Are they making fun of me?

2. American is our official language!

Yep. I did find that one on Google.

3. Paying people to translate from English to Spanish and vice versus could save the Government millions of dollars.

Yeah cause translating is a high paying job if you didn’t already know!

4. We are the United States of America and we aren’t so united when we don’t have one common language.

Yeah, ‘Merica’s problem is our lack of a common language.

5. Imagine all the jobs that could be created when we make people learn English!

We have so many teachers looking for jobs and we have millions of people who need to learn English.

Joking aside, these reasons have some validity, or at least a few do. However, instead of looking at languages as a barrier, look at them as something amazing to learn from. Our ancestors did and that’s why they specifically wrote in our Constitution NOT to have an official language. What makes America great?—our diversity. Let’s keep it that way.