You've probably heard these before. 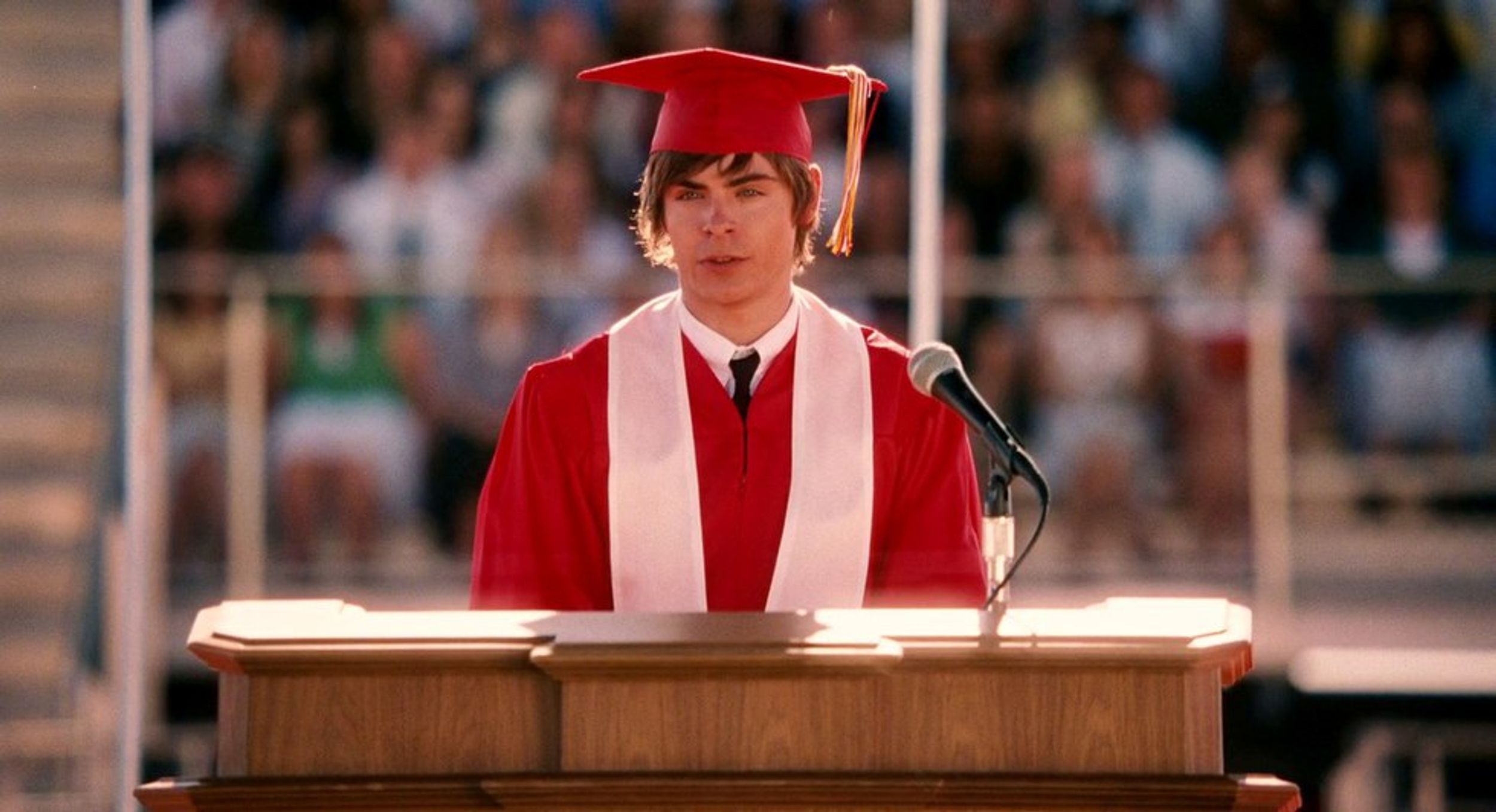 There exists within me a great contradiction: I hate graduation speeches yet have also always wanted to give them.

Year after year, I have sat in the audience, mentally correcting lines, straightening up metaphors, and complaining to the person beside me about the cissexism and sexism that seems to inevitably creep into every speech spoken to graduates of a women-centered college.

Many say that the answer to my contradiction, to my endless complaints is obvious; I should write a speech myself. Thankfully, Odyssey gives me a space to offer my voice to the community, without having to be specifically selected by a board of presumably very qualified professors with darts and a list of student names.

Instead of doing something constructive and boring like writing a speech, I will be giving readers the opportunity of a lifetime: a written simulation of what it is like to sit beside me during a particularly awful speech.

It’s time to take down the most common cliches in graduation speeches.

Every graduation speech relies on the myth of the common past. Personal accounts and anecdotes are left by the wayside in favor of quick lists of callbacks that could be replaced on a school by school basis.

This part of the speech often reads like this: Go our team! Remember that time we all had that one teacher that only some of us had; he rocks! Remember Gary the Janitor — oh that Gary!

It may seem counter-intuitive, but more detailed specific stories with a personal touch make for more memorable speeches than a list of food served at the cafeteria, significant social and political events that occurred during the year, or assuming all students had the same experience as the writer did.

Nothing kills a speech faster than a long, drawn out and somewhat incoherent metaphor. It’s nice that you think that the worn out stairs represent students “making their mark on the school,” but what does that really mean? Did the students who were not able to go up those stairs because of disabilities not matter? Did the students who did not have classes in that building not matter? What does it mean to say that pounding something into marble through repetitive actions in a crowd mean? Is individuality important in this metaphor? Why can’t stairs just be stairs?

It’s difficult to pay attention to a speech where the metaphor goes on for the duration of hundreds of years while offering no sense of payoff. Reading a poem with extended metaphors is an even worse decision. As great as poetry is, reading a poem in general is a bad idea. The only exception to this rule would be one heck of a slam poem, though.

Please do not get in front of a group of people and read Robert Frost's “The Road Not Taken;” it will only make them wish they had taken the road that led them to not hearing this speech.

Now presenting The Starfish Story: A Film by Hallmark and Lifetime, coming just in time for graduation. A person, supposedly the speaker or a friend of a friend of a friend of the speaker’s, finds a small child on the beach. The little hellion is chucking starfish into the ocean. The speaker, rather than making the child leave the poor starfish alone, asks what difference the kid thinks they are making. They can only throw a few starfish back into the ocean in small numbers. It’s futile, young one, the speaker sighs. This is when the child puts one last starfish in their filthy little grabby claws (also known as hands) and tosses the creature probably only a few feet forward. Despite the fact that children cannot throw very far, the child is smug, declaring, “I made a difference for that one.”

There is nothing in the world that I hate more than hearing the starfish story on a day so hot my behind is melting into the plasticy-wood of my chair. Instead of being all cool in the ocean like that starfish, I am listening to a story that my grandmother has sent to me in email form with watermarked clipart at least four separate times.

Graduation speeches are centered around the idea of being as genuine and sentimental as possible in the fakest way imaginable. This means that there are very few funny moments in speeches.

Most laughs elicited from the crowd are either for callback-centric jokes or to fill the awkward silence when the microphone starts crackling.

There is this idea that humor and sentimentality cannot mingle, which is bizarre as most comedy media balances both elements equally. Please make a joke, everyone is hot and tired and really scared about where their life is going and they could use a good laugh.
Report this Content
This article has not been reviewed by Odyssey HQ and solely reflects the ideas and opinions of the creator.