How to talk about LGBTQAI topics. 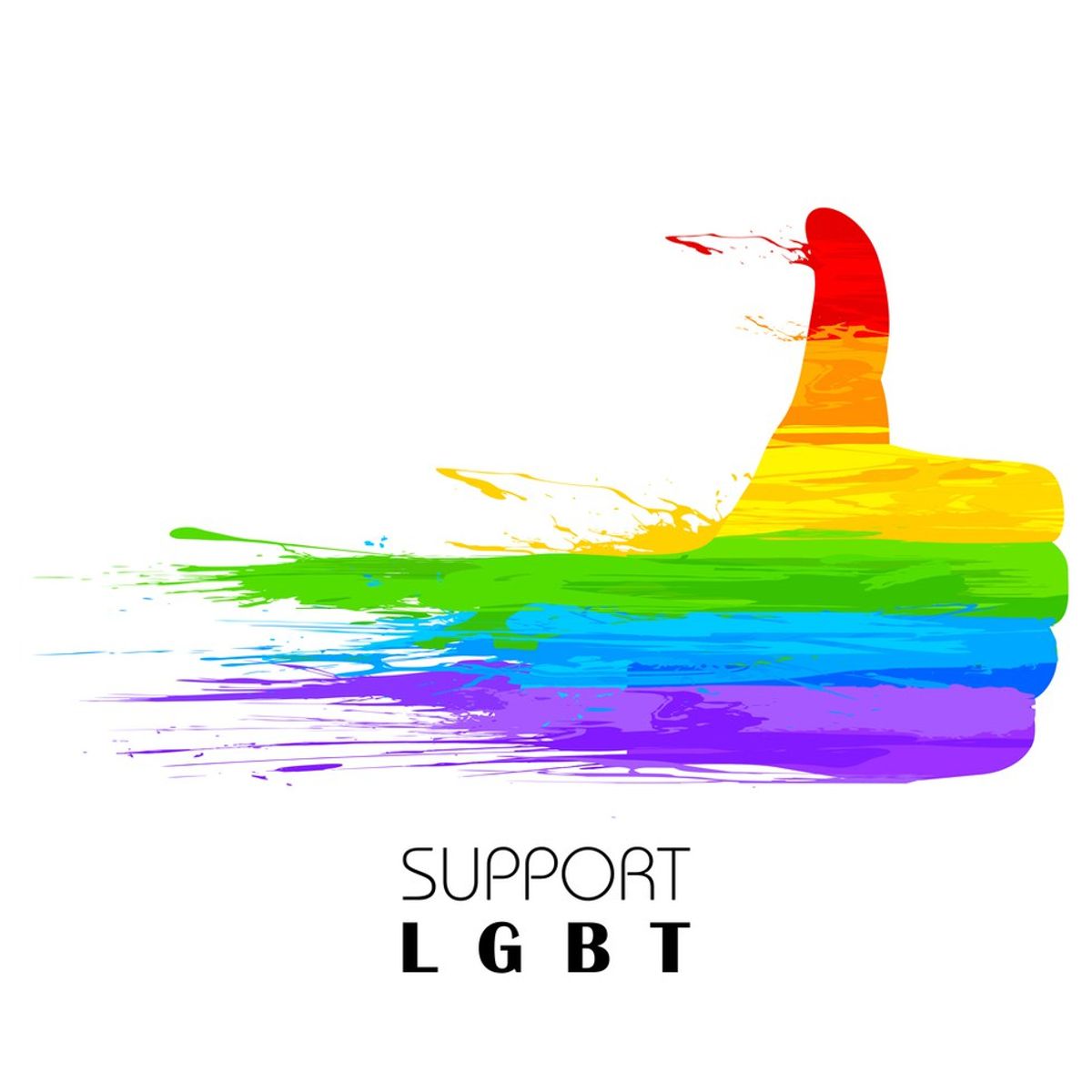 This social world is evolving faster than many of us can keep up. For many straight, traditional people it is hard to understand the lives and terminology surrounding minority groups within the LGBTQAI community. Here I hope to enlighten those who feel lost in the politically correct language. Please forgive me if I leave out any groups or misrepresent others as my intentions are merely to help shed light on the intricacies of LGBTQAI concepts. If you see something I have left out or would like to correct, feel free to leave a comment.

First of all, most gender or sex related concepts are now understood to be spectrums, instead of binaries. This is also the case with autism; we are all a little ___, just to different extents. Language often teaches us to use extremes, partly because it is simpler to explain. But people are complicated and not everyone is extremely "gay" or extremely male...

The first spectrum I would like to talk about is the sexuality spectrum. We have all heard gay vs. straight. But many people are in between or not even on the spectrum. Some people are exactly in the middle and identify as bisexual (liking people of either gender). Whereas other people are asexual and do not feel sexually attracted to either gender. Still other people are attracted to people of any gender, not just men or women. They can identify as pansexual. And there are people in the world who reject all the labels or words which come with this mess of language and call themselves queer or choose not to have a word. Some people believe that none of this language is appropriate as people change throughout life and may become attracted to anyone at any time. There are other types of words for sexuality, such as demisexual; someone who is attracted to only a few people over the course of their life. It is your choice how you wish to think of the sexuality spectrum as long as you are respectful of everyone's wishes.

The gender spectrum has been discussed recently in the media due to the rulings about bathroom usage. Each end of the spectrum is clear-cut: male or female. However, some people are more girly than others and some are more manly than others. Some people have ambiguous genitals and others have male genitals but know that they are female or vice versa. In the case of those who feel inside that they are not the gender which their bodies exhibit, they are considered transgender. If someone identifies as transgender, he or she can choose whether to make a physical change or not. Physical changes can come about through surgery or hormones. A person who is born as a man and becomes a woman physically is a woman and should be treated as such, using the female pronouns. Alternatively, some people are just neither gender and prefer neutral pronouns such as "they" or "ur" or "zhe" depending. The mind is stronger than the body so who you know you are is who you are. Therefore, it is important to empathize and understand the truth of transgender people.

Another spectrum which I touched on a little is the gender expression spectrum. This is exactly what you see and notice about the way someone expresses gender. For example, a man who wears very traditionally manly clothing and talks about traditionally manly topics is expressing extreme masculinity. Whereas, a man who dresses in high heels and paints his nails red has womanly gender expression. This kind of man is someone who could be called a transvestite. Transvestite means a man who has womanly gender expression, it does not reflect anything about his sexuality. By virtue of acting feminine, this man is not automatically gay (although he could be). Again, many people would like everyone to move past these labels as they can constrict how everyone interacts. Women should be able to weight lift without anyone calling them tomboys and men should be able to dance without being labelled (falsely) as gay.

I hope this helps everyone to think about sexuality, gender and gender expression. Remember to treat everyone with respect and to not make assumptions. If necessary, ask what pronouns your friend prefers or if you are close enough, ask about sexual preference. When inquiring about sexuality or gender, be polite and stop asking more if told not to. Some people are open to discussion about such topics and others do not wish to have to find explanations for who they are.

LGBTQAI are letters which stand for Lesbian, Gay, Bisexual, Transgender, Queer/Questioning, Asexual/Ambiguous, and Inquisitive. These letters do not cover all the options for who you can be. Feel free to write to me if you wish to discuss this.

1. Mary was born with a female body and is going out with a woman and wears lipstick and high heels. Is she a lesbian?

2. Carry was born with a male body and dresses in tank tops and skirts and is a self-professed straight person. Carry considers himself a man. Is Carry attracted to men?

3. Cynthia has male genitals and considers herself a woman. Is Cynthia transgender?

4. William loves football and likes to weight-lift and has a boyfriend. Is William gay?

5. Aran was born with male genitals but knew she was more of a woman so had a physical sex change. Aran now wears dresses and has a female partner. Aran says she only feels attracted to women. Is Aran straight?

1. Maybe. Mary could be either a lesbian, pansexual, or bisexual. If she identifies as a woman and is going out with a woman, the only thing we know for sure is that she is not heterosexual.

2. No. If Carry considers himself a man and calls himself straight then he must not be attracted to other men. Carry is heterosexual.

3. Yes. Unless Cynthia explains otherwise, she is transgender because her birth gender conflicts with the gender she identifies as.

4. Maybe. William may be bisexual or pansexual or gay. If he identifies as male and has a boyfriend or male partner he is not heterosexual.