"What I am saying is, the concept of someone being inherently mine simply because we spent time together seems like an insane ideology that creates both gripping jealousy and uninvited madness." 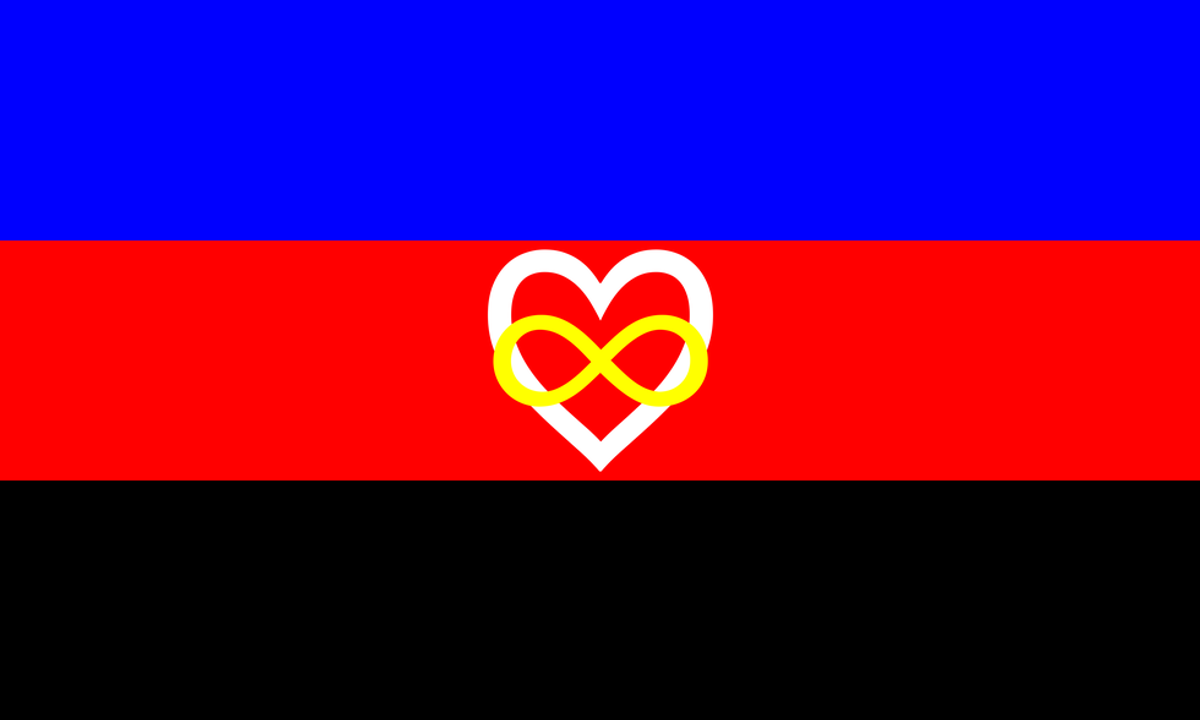 What I am about to write about is frowned upon by most of society, me included. Me about a year and a half ago, that is... I don't particularly care for monogamy. For quite a few reasons, actually, but I will get to those soon enough. I suppose I could begin with why I had this shift in perspective.

I was an incredibly jealous person, like I can't stress it enough, it would drive me insane. Insane to the point where I needed constant gratification from the person I was with in order to feel like they weren't bored of me. Of course, it didn't help that the person I wanted was gay. Bless his heart and soul, he was gay beyond the fraction of a doubt. Yet the thing about sexuality is that there is sexual attraction and there is emotional attraction. Honestly, there's about a million different kinds of attraction, but for my purpose, we will stick to these two. For most of us, we know what sexuality we are because our sexual and emotional attractions line up, we are straight, gay, bisexual, etc. Yet for some (but still a good many,) they don't. They become frayed like a shoelace without an aglet, going in this direction or that direction, and it can become a tangled mess or worse, just fall apart completely. For me and this person, emotionally, he wanted me, but sexually, he didn't.

This realization would take me through this emotional wind tunnel of my first unconventional relationship. So many conversations would happen with us both talking about the fact that we cared for each other but could never have a "real" relationship because of our obvious obstacle. Sacrifices where made, trying to just be friends, jealousy when the other tried to be with another else, furious fighting at 3 am. It was intense. After about six years, it would come to a head during one summer where we decided to be in an open relationship, a polyamorous relationship. You know, that thing crazy people do? Yeah, that. It was crazy, by the way, I would go from feeling like I was on cloud nine to a fervent body heaving with tears on my bed. During one summer night fight, that would turn out to be our last, he would tell me he couldn't do it anymore and it was over.

Months would go by and I would slowly recover, but I could also never get the idea of polyamory out of my head. I started to really think about, meditate on it even. I thought through all the little relationships I'd ever tried to be monogamous in, and they all either ended up open or a failure because of my inability to be with just one person. I don't think it's from a lack of faithfulness on my part either, I mean, for godsake, I was hung up on someone for six years that I never even had sex with! So what was it? I searched my soul for a few months before I ever talked to someone about it because I really did wanna believe that it wasn't all just a lie. It came down to the fact that I don't believe humans are naturally monogamous creatures. It's not in our biological nature.

I mean, think about it. No, no, put your immediate jump to the defense of monogamy aside of a second and really think about it. Only about 5 percent of animals on this planet mate for life, wolves, geese, bats, etc. Did you know that geese are so adamant about this that they won't mate again even if their mate dies? These animal do this so seamlessly, with no exceptions, and you know why? Because it's in their nature. Our 50 percent divorce rate, and the extremely likelihood of cheating in a relationship alone prove that this is not in us. If it was, it would never be this hard. It's hard because monogamy was created by humans for its romance, investment, and order but never for true practicality. I mean, think of all the heartache that would be saved if we stopped trying to force humans out of human nature. You can't force a dog to fly, it only leads to hurt, or in this metaphor, a dead dog.

So I stopped. This isn't a sad story either, in fact, it's a very happy one. I care about people and I care about a lot of people. We can have more than one friend, can't we? That's kind of what this is like.

I began this journey of self-discovery recently through this shift in perspective and couldn't be more excited with how I've changed. Like I said, I was a very jealous person, and now, I'm really not. It wasn't overnight, of course, but it was just a matter of being free, learning to be happy for the people I care about, and taking care of myself. If I see someone I kissed kissing someone else, I'm happy for them! Good for them, I wouldn't feel threatened by someone else's happiness, unless I felt some lacking inside myself. So if I do, I take care of me, I love me. It's no one else's responsibility to fill the hole in my heart but mine. I take a hot bath and cook myself a nice dinner.

I think all this was stems from some major control issues we all secretly harbor. I also think some people use relationships as a way of avoiding themselves, and doing what I'm doing now has forced me to face some of the hardest parts of myself. I face my demons like a jail lineup: Jealousy, Anger, and my good ol' friend Insecurity. To them I say "Hey, I know you're here for a reason. So why are you here and how can I help you?"

There is this word that I really love, it's called compersion. It's a feeling and it's the feeling I get what one of the people I care about is enjoying another relationship. I love to hear that they are happy, even if it is not with me. Celebrate and spread love in all forms. The freedom that comes with all this is so empowering and beautiful. The freedom from this gripping feeling I'd always get in my chest when I thought someone would leave me is gone because the mentality that they were ever mine to begin with has left me. Knowing wholeheartedly that I want them to be happy, no matter what that means, makes me feel like I love them for who they are, not for what benefits me. It opens up this whole other realm of communication between me and the person I'm sharing space with at the time. Conversations where we can be truly honest, where we can shared stories and feelings. It really forces people to talk about the hard stuff, not just stuff it down and pretend it isn't there. Communication, respect, and honesty is the only way it works. I think we will slowly move towards this as a species, because monogamy works so rarely. It's the enlightened way if you ask me.

I'm not saying that I would never again be open to romantically caring about one person at a time in my life, no, I'm not saying that at all. If it were to happen, I would let it happen, but only if it felt natural. Not just because "that's how relationships go." What I am saying is, the concept of someone being inherently mine simply because we spent time together seems like an insane ideology that creates both gripping jealousy, and uninvited madness. It's not because I'm bitter. In fact, I finally feel free of that bitterness that I nursed for so long.

I feel this way at this point in my life, so I'm putting down. I'm letting it go, say what you will, but I'm happy.

Nicole Marie Nigro
Individual Creator
6829
c1.staticflickr.com
Where to start...... Let me start with the cliche that life throws us curveballs and what we do with it is what counts.