Everything you need to know to prepare for Season 5. 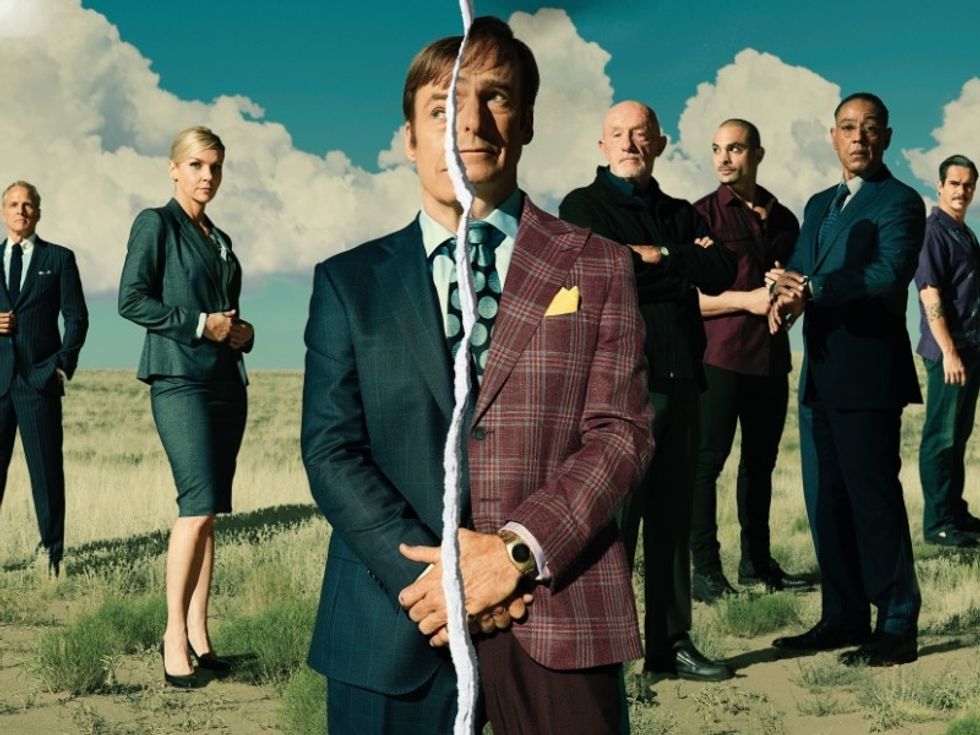 "Better Call Saul" chronicles the misadventures of Albuquerque's most charismatic law practitioner, Jimmy Mcgill (Bob Odenkirk), the man who will one day become the crooked lawyer to one of the world's most infamous drug kingpins. Similar to the show from which it is spun out of, "Breaking Bad", "Better Call Saul" depicts the downward spiral of Mcgill into the "criminal" lawyer that is Saul Goodman, a narcissist virtually doing everything for himself and his own personal gain.

However, fans of "Breaking Bad" who may still be on the fence about the spin-off will be happy to know that "Saul" has a major co-star from the preceding series in the form of Mike Ehrmantraut (Jonathan Banks), one of the most beloved and well-written characters from the show. "Better Call Saul" is as much of Mike's show as it is Jimmy's.

Mike is a retired cop from Philadelphia who is now working at a toll booth to pay the bills. What drove Mike to Albuquerque is the fact that he was actually a dirty cop who inadvertently caused his son Matty, also a police officer, to be murdered by other corrupt officers in the same precinct.

Whereas Mike in "Breaking Bad" is a ruthless cold-blooded killer up until the end, "Better Call Saul" Mike is a lot more lenient in his methods. If Mike has an opportunity to take care of a situation without getting his hands dirty, he will definitely take it. Though Mike wears the death of his son with him everywhere he goes, Mike seeks to pay for his debts by looking after Matty's wife, Stacy (Kerry Condon) and her daughter, Kaylee (Abigail Zoe Lewis).

Now, "Better Call Saul" largely acts as a prequel to the events of "Breaking Bad" (taking place around the early 2000s), but there are sequences that either touch on or transpire following the season finale of the former series or even happen concurrently with the show itself.

Season 1 of "Better Call Saul" depicts Jimmy's beginnings with small law offices in and around Albuquerque, New Mexico, while butting heads with several unsavory parties, including criminal Nacho Varga (Michael Mando) and Jimmy's own brother and respected lawyer, Chuck Mcgill (Michael Mckean), who is overcoming a battle with a sensitivity to electromagnets.

The latter half of the season depicts Jimmy attempting to leave the con life that formerly defined him behind, but that will be easier said than done. In the words of his brother, Chuck, Jimmy has a good heart, he just can't help himself to a good con.

Season 2 begins to introduce the larger world of crime within Albuquerque with the introduction of additional fan-favorite "Breaking Bad" characters, such as crazed drug dealer Tuco Salamanca (Raymond Cruz), Tuco's uncle Hector (Mark Margolis), and Tuco's murderous twin cousins, Marco and Leonel (Daniel and Luis Moncada), which is even expanded upon further in Season 3 with the introduction of the part-time owner of popular chicken restaurant, Los Pollos Hermanos, and part-time drug dealer Gustavo Fring (Giancarlo Esposito).

After a lengthy feud (that played out in arguments as well as in the courtroom) throughout the first three seasons, which includes Jimmy losing his law license, the rivalry between Mcgill's finally comes to a tragic conclusion in the opener for Season 4, which depicts Chuck setting himself as well as his house ablaze with the help of a lantern.

Jimmy is affected in a major way by Chuck's death, which sees the character internalizing all of his emotions and completely dismissing the incident rather than grieving properly. Jimmy takes advantage of his off period of the law by selling burner phones to various criminals on the street, a sect of individuals he understands even more than the law.

Just as Jimmy begins his metamorphosis, Mike also begins a moral metamorphosis of his own. Mike crosses paths with the Salamanca family following a series of unfortunate events and becomes employed under the cold as well as calculated Gus, who has his own personal distaste of the Salamancas.

After somewhat establishing himself in the seedy criminal underworld of Albuquerque through his unorthodox phone distribution, Jimmy decides to ditch his surname of Mcgill once reacquiring his license and finally practice law his way under another name... Saul Goodman.

Though Mike and Jimmy don't cross paths every episode throughout the series, the two storylines are very much connected and circle back to one another in interesting ways. A character introduced more than likely acting as connective tissue in tying Jimmy and Mike's story together for the future is Lalo (Tony Dalton), another formidable member of the Salamanca family. Though Lalo made his first on-screen appearance during the latter half of season 4, the character evidently had Saul spooked in "Breaking Bad" from a past interaction that has yet to play out.

"Better Call Saul" is honestly filled to the brim with plot lines, characters, and developments that it was impossible to touch on absolutely everything from the current four-season run as most of it is worth watching firsthand. I would just suggest viewing "Breaking Bad" beforehand for the full experience.

Madison Franz
The Narrative
1120488
Photo by Brooke Cagle on Unsplash

Madison Franz
The Narrative
655723
Photo by Manny Moreno on Unsplash